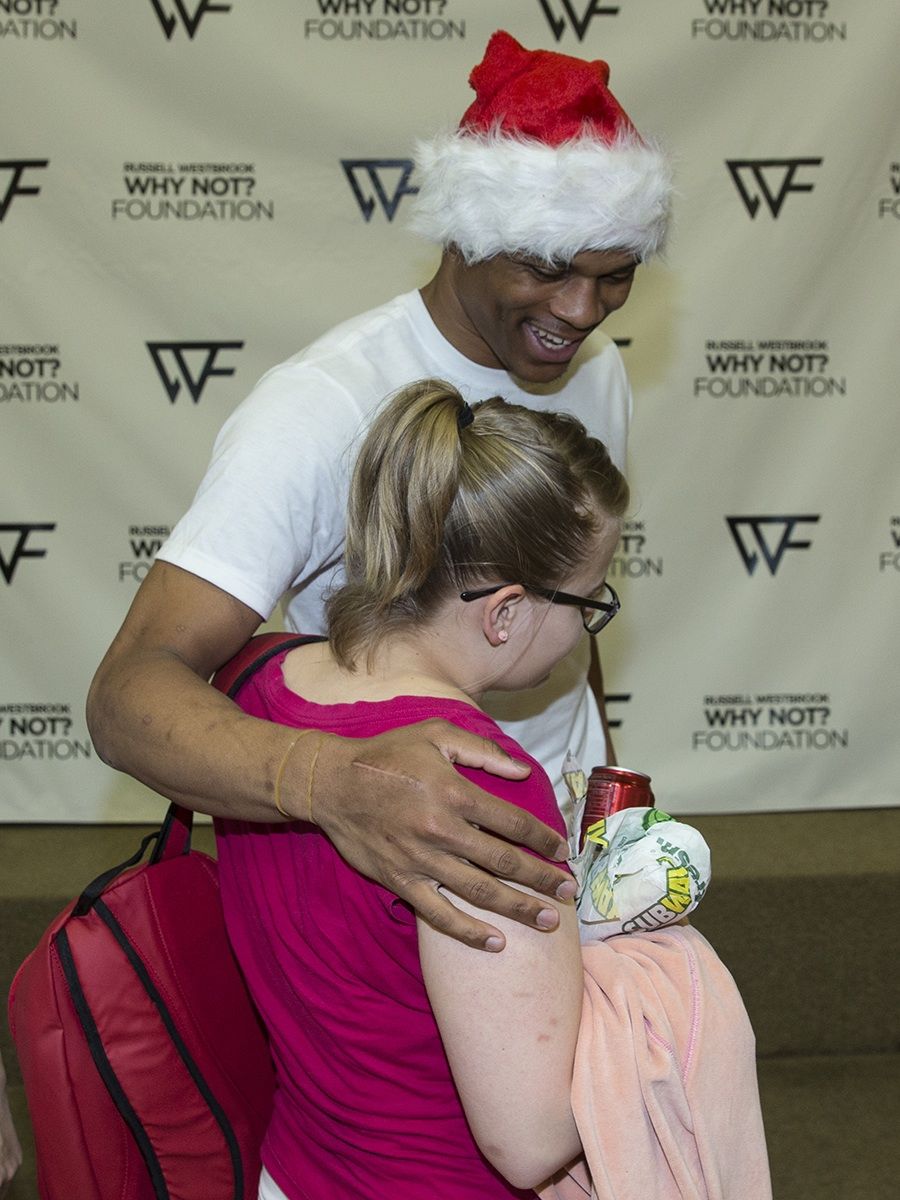 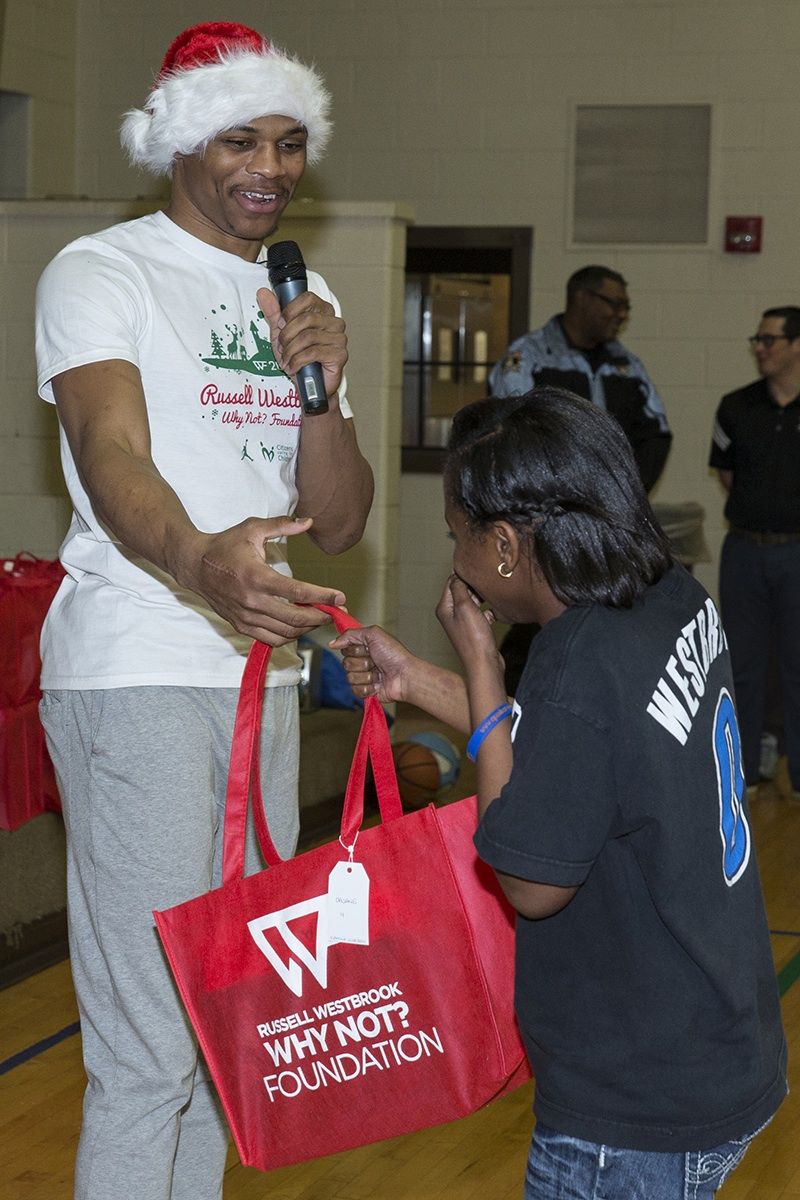 Russell Westbrook is playing at a different level. His play on the court since he returned from injury has been a major factor in Oklahoma City's assent of the Western Conference standings.

For maybe the first time in his career, Westbrook is being spoke of as a potential MVP.

However, if there is one place where Westbrook has already earned MVP status, it's been on the charity circuit this year. From building reading rooms to feeding the homeless, the California's native's charitable side has been in full bloom.

Dec. 13, Westbrook was at it again when he donned a Santa hat and hosted the Third Annual Russell Westbrook Why Not? Foundation Holiday Party for foster children.

"This is three years in a row,' Westbrook said. "They've been great. I like coming back every year and doing the same thing. The kids are great. I see some of the kids grow up. One of the girls is going to college that I remember from last year. That's great to see and it's a good experience overall."

The party was held at the All Soul’s Episcopal Church with the help of Citizens Caring for Children. Westbrook and his sponsors treated 80 foster kids to horse & carriage rides, pick-up games of basketball, a make-your-own trail mix station, food from Subway, shoes, t-shirts and backpacks from Brand Jordan.

"This is the highlight of their year," said Sherri O'Neil, executive director of CCC. "We hear about all year long and when is the next Russell Westbrook party. We are thankful he can do this. If you can just see the faces on these kids, it's amazing."

However, providing gifts was only a small part of the event. What the people who take care of the children throughout the year are hoping for is for a life to be impacted by the visit.

"I think a lot of times it encourages the kids that there are positive people out there who are looking out for them and look out for their well being," said Maurice Davenport, Program Director of the Speck Home for Boys. "Despite all the negatives they have in life, there are people who want to give back in a positive way. To kick start their lives in the right direction."

According to Davenport, many of the kids who were at the part had been through difficult and painful lives before they even got into the foster care system. Whether it's from neglect or physical and sexual abuse, he said they have built up a distrust of most adults.

According to Congressional Coalition on Adoption Institute, there 397,122 children in the United States who are living without permanent families in the foster care system. Of them, 101,666 are eligible for adoption, but nearly 32 percent of these children will wait over three years in foster care before being adopted.

The numbers are just as bleak when it comes to Oklahoma.

"There are about 12,000 kids in the system in Oklahoma," O’Neil said. "It’s an epidemic and we need to do something about it. These kids go through a lot. And when they have someone in their lives like a role mode like Russell, it means so much to them. Even though they are moving from house to house to house, they can see him and they know that he lives right here. Each year when he does a party like this, they can see him and see how much they really mean to him. It's not just about him giving presents. It’s really about him being there, and hugging on them and letting them know he loves them. Even though he's this big star, he cars about them."

With his Why Not? Foundation, Westbrook has always been deeply involved with causes close to his heart. He also sees it as part of his obligation in giving back to the community. That includes kids who have had so much taken from them.