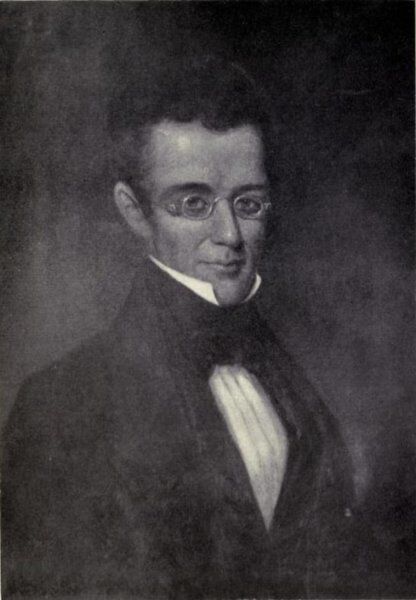 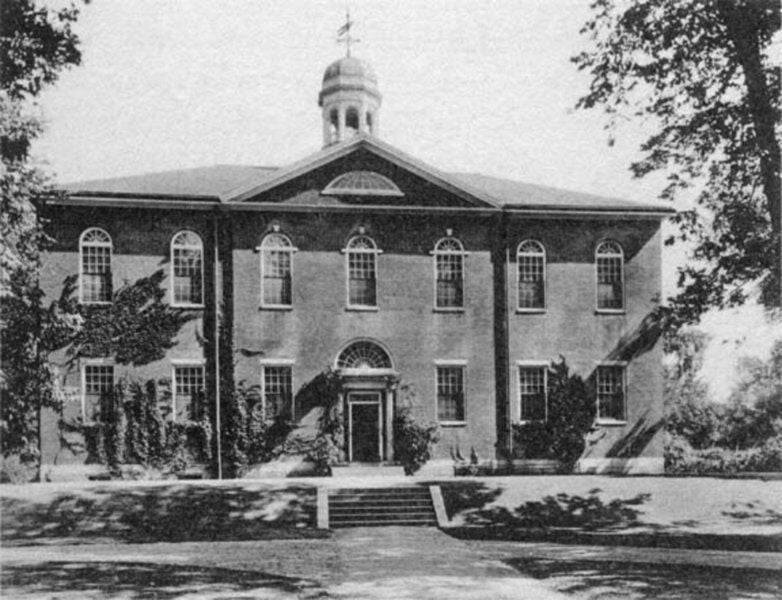 Although the scores of anti-slavery students at Phillips Academy and Andover Theological Seminary who attended the oration helped prevent a riot, they also knew they would be read the riot act at Monday prayers for defying faculty warnings to stay away from the lecture.

With his clubfoot striking with a thud on every step, Phillips Academy principal Osgood Johnson mounted a platform inside Bartlet Chapel on July 13 to address the pupils who sat uncomfortably in their hard, uncushioned seats. Born in West Parish in 1803 and a Phillips Academy graduate himself, Johnson trembled as he read a stern decree that barred students from joining any anti-slavery society.

As he peered down through his large spectacles, though, the principal saw the abolitionists in the assembly trading knowing glances and sly smiles.

When Johnson pulled aside one student after the meeting and asked him about the meaning behind those looks, the boy told him that the campus abolitionists had already formed a society and chosen its officers on Saturday night in Andover’s Methodist chapel. The pallid Johnson turned even paler at the news and summoned Sherlock Bristol, a pugnacious student who had attended Thompson’s lecture, before the faculty.

More devoted to his principles than his principal, the plucky Bristol didn’t cower as he stood before a rhetorical firing line.

“I boldly charged upon them the sin of seeking to shield from exposure and condemnation the great crime of slavery,” he recalled.

Unmoved by Bristol’s passion, the faculty cast him out of the academy.

After the opening prayer, the heavens rumbled as a terrific thunderstorm clapped overhead and unleashed downpours so biblical that they forced the cancellation of Thompson’s lecture in Andover that night.

Undeterred, 88 anti-slavery students crafted and signed a lengthy protest letter to Johnson seeking his sanction for their club.

“We believe slavery to be a sin,” they affirmed, and by doing nothing, they would be “the abettors of slaveholders.”

By claiming they were following their consciences, which was “a right bestowed on us at the beginning by our wise and benevolent creator,” they asserted that they reported to a higher authority than their principal.

Approximately 50 students, some of whom were on the verge of graduation, took a stand and quit the school.

The abolitionist seminarians who departed were branded as “fanatics” and criticized as a “parcel of insignificant and deluded youngsters,” even though their average age was 21 and some were nearly as old as the 31-year-old Johnson himself.

Having been exiled, Bristol earned a job mowing meadow grass and assisting Capt. Amos Holt on his farm.

One day, John Smith, manager of the newly opened Smith and Dove Flax Thread Company, came calling to Holt’s farm with a gift for the banished student. A devout abolitionist ever since he witnessed a slave auction as a young man, Smith lent Bristol money to attend Ohio’s Oberlin College, a newly established anti-slavery institution.

Bristol returned to Andover in 1848 to serve as the second pastor of the Free Christian Church, which had been established by local abolitionists including Smith and his partner, John Dove.

Once expelled from Andover for his anti-slavery views, Bristol now found himself welcomed back because of them.

Andover resident Christopher Klein is the author of four books including “When the Irish Invaded Canada.” More at www.christopherklein.com.