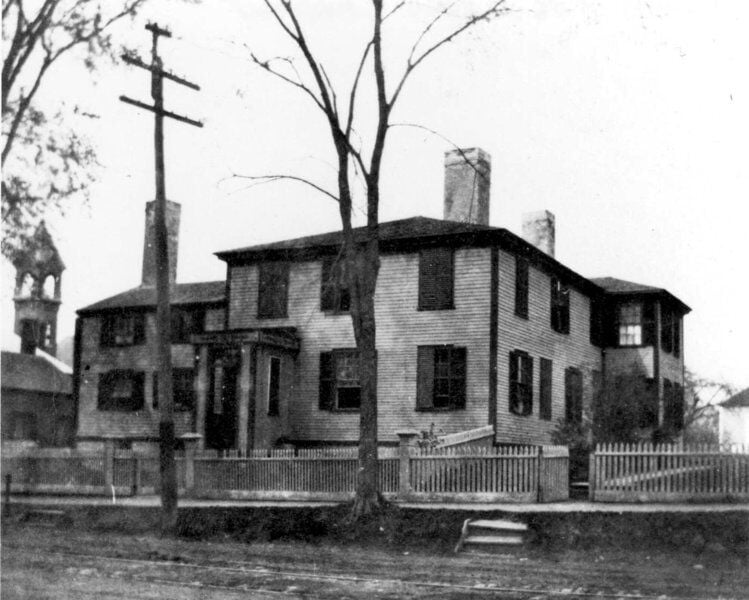 (Photo courtesy Andover Center for History and Culture) The Richardson house at 54 Main St. was razed in 1906. 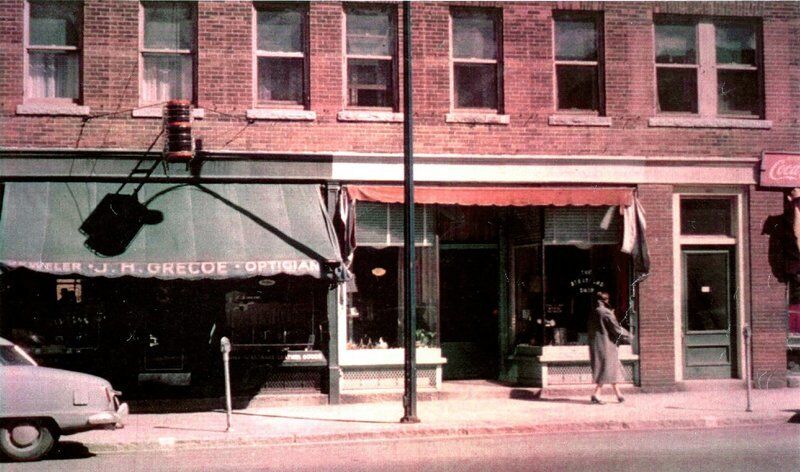 (Photo courtesy Andover Center for History and Culture) Stores in the ARCO building on Main Street in 1955. 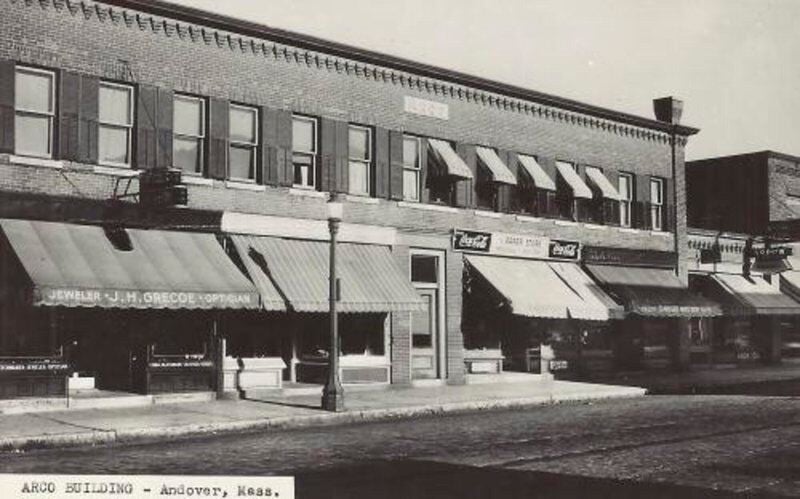 (Photo courtesy Andover Center for History and Culture) The ARCO building on Main Street in 1910.

(Photo courtesy Andover Center for History and Culture) The Richardson house at 54 Main St. was razed in 1906.

(Photo courtesy Andover Center for History and Culture) Stores in the ARCO building on Main Street in 1955.

(Photo courtesy Andover Center for History and Culture) The ARCO building on Main Street in 1910.

The ARCO / R&D Block has stood Yankee plain and resolute at 52-58 Main St., between Chestnut and Barnard Streets, for over 100 years.

The ARCO and Andover Press buildings were conceived by John Cole and built by noted contractors Cole and Hardy. Completed in 1907, the two buildings formed the ARCO / R&D Block.

Intertwined through ownership, they even connected the buildings through a second story annex.

Together, the new block they bore thrived, and it has ever since.

The ARCO / R&D Block became the southern border of the Main Street business district with the Musgrove Building bordering the north.

Built on the site of the Richardson home at 54 Main St., which was razed in 1906, its Romanesque Revival styling features granite trim elements and ornate brick detailing.

The Musgrove building, too, has remained an iconic mainstay for well over a century.

The Andover Press building was considered a rather plain, utilitarian structure. Its primary purpose was to house John Cole’s three companies – the Andover Press, the Andover Bookstore and the Andover Townsman. Cole and several leading business men founded the Townsman in 1877.

A central vestibule and stairway lead to second-floor production rooms, and press offices were located on the southwest corner of the building. Owned by visionary entrepreneur John Cole, the company was established in 1813 and is among the oldest continuous printing establishments in America.

The print shop was a bona fide publishing house that composed, edited and produced the Andover Townsman, books, periodicals, school annuals and, at one time, National Geographic magazine. The company published yearbooks for most of the colleges in the Northeast.

Dino Valz later went on to a distinguished career in education and served as the founder and editor of the Andover Historical Society newsletter, sitting on its board for many years.

The corner boasted another John Cole enterprise, the Andover Bookstore, where students at Phillips Academy obtained their books and supplies.

The ARCO building rapidly became a hotbed for both up-and-coming retailers needing a ground floor and street front presence, and for companies needing administrative space.

Herbert F. Chase’s bicycle shop, which later expanded into athletic equipment, gained the distinction of being the first tenant.

During the 113 years the ARCO / R&D Block has stood, it has been the address of an often-changing cast of retailers, insurance companies, private schools and the professions.

A modern drug store was created for Albert W. Lowe.

Many tenants moved on to larger quarters as their businesses grew and required more space. Quite a few -- including Greco Jewelers, Howe Insurance and a parade of retailers -- spread out along Main Street and throughout central downtown.

Cole’s vision left an enduring mark on Andover. Not only was he a landmark builder and astute businessman, he was an involved citizen.

Beyond serving as owner, editor and publisher of the Townsman and running the Andover Press and bookstore, he was an important lifelong figure in local and state politics.

The next time you walk by Royal Jewelers and Chic Consignment heading toward CVS, look at the upper façades of the ARCO and Andover Press buildings.

Realize in that moment the vision and purpose that has kept these buildings alive and vibrant for nearly 120 years.