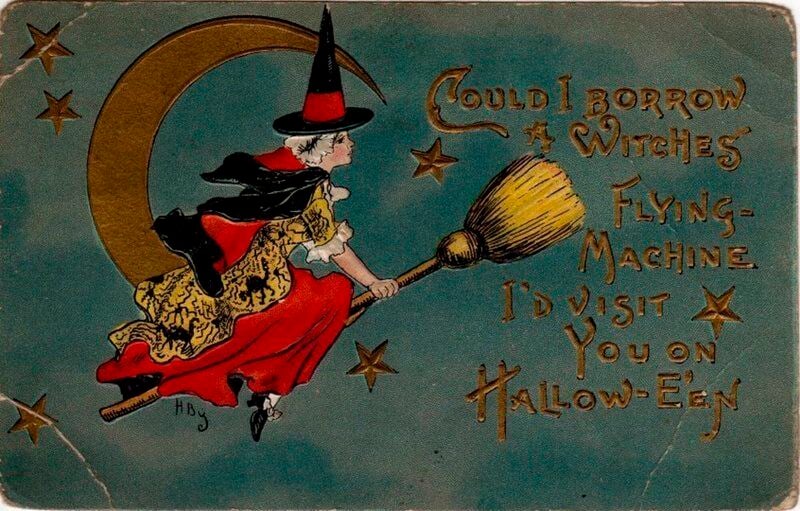 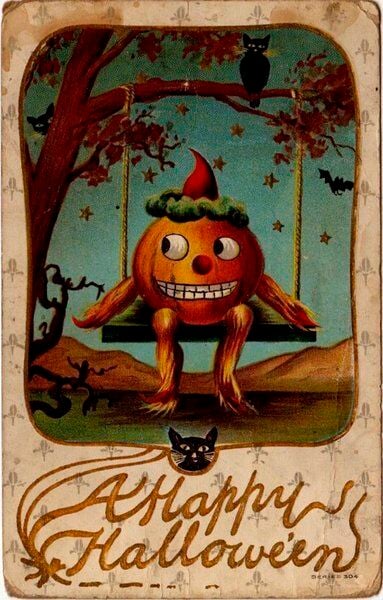 Editor's Note: This Halloween story was published in the Oct. 17, 1946 edition of The Andover Townsman. It follows in part.

When young people, disguised and masked and slightly fearsome in their Hallowe’en costumes, come to your door singing and hoping for a reward of some kind ... they are following in the traditional footsteps of those who ages ago went from parish to parish, in the “old country,” begging and puling (singing) for Soul Cakes, or any other good thing with which to make merry!

And has anyone told you that eating apples hung from a string was once much more difficult, since in the earlier form of the game, the apples were tied to the ends of hanging beams, on opposite ends of which were lighted candles. By this flickering, unsteady flame the apple target was more elusive than ever for the contestants with hands tied behind their backs.

Even our apple bobbing stunt is a descendant of a more perilous sport. In the olden days lack of good balancing caused many a splash as the player tried to light a candle from another, tied to the far end of a pole, suspended over a tub of water.

And the carrying of lighted pumpkins is a modern counterpart of the past practice of tying broom and flax to a pole, and carrying the thing aflame on one’s shoulder around the village, attended by a crowd of singing and shouting merrymakers.

Long ago young women went out into the dark fields on this night and, with blindfolded eyes, pulled cabbages to determine from their roots the figures of their future husbands. ... They went out and pulled the first kale they met with. ... This was prophetic of the grand object of all their spells.

Even the waxing and soaping on windows has an ancient origin. An old Hallowe’en custom of the fishermen of Orkney (in Scotland) was a seining or signing of their boats with a cross of tar to bring them success with their fishing.

But if your barn door disappears or your gate is unhinged and lies in some near-by field, you should be grateful, for you could have had dire misfortune attend your next trip to the barn or visit to your garden. It works this way, and we quote -

“This charm must be performed unperceived and alone. You go to the barn and open both doors, taking them off the hinges, if possible; for there is a danger that the BEING, about to appear, may shut the door and do you some mischief. Then take this instrument used in winnowing corn ... and go through all the motions of letting down corn against the wind. Repeat it three times; and the third time an apparition will pass through the barn, in at the windy door, and out at the other, having both the figure in question, and the appearance of retinue marking the employment or station in life.”

That’s the way to call up a ghost you see, and it’s just as well to have the BEING safely out through the other side and off about his weird business before you get yourself done some mischief.

If you don’t care about any of these, yet wish to stir up that uneasy eerie feeling of long-legged beasties and things that go bump in the night, you might ask for a book at the Memorial Hall Library. Whatever you choose, it’s pretty certain that at the end of an evening’s perusal, you’ll agree with Thomas Hood, who wrote:

“O’er all there hung a shadow and a fear,

A sense of mystery the spirit daunted,

And said, as plain as whisper in the ear,

THE PLACE IS HAUNTED!”

Andover Stories is a weekly feature coordinated by the Andover Center for History and Culture.