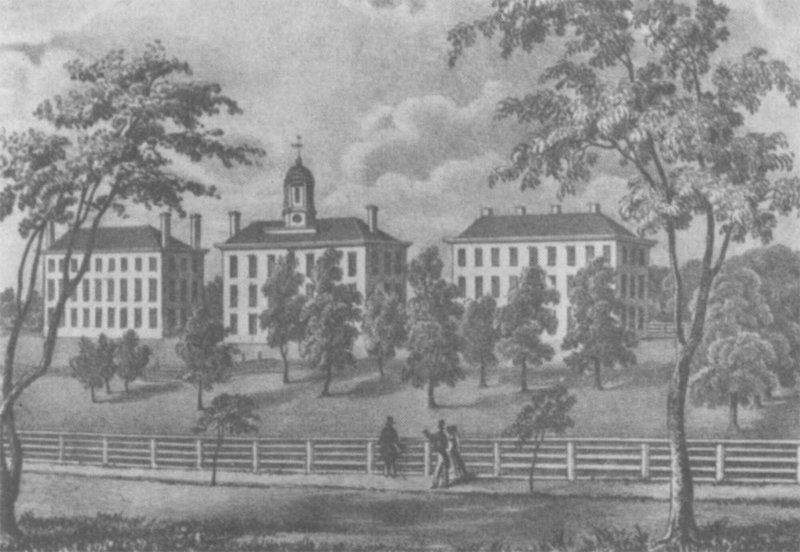 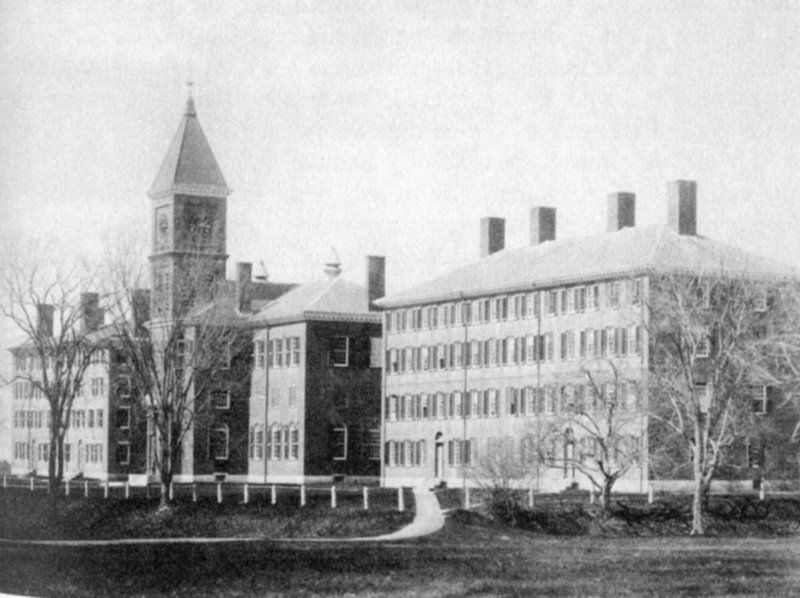 Millions of Americans have flooded the streets in recent weeks as part of the Black Lives Matter movement. Squint back through history and you’ll find that racial justice protests are hardly just a modern phenomenon. One such demonstration roiled Andover in 1835.

Then, Andover Theological Seminary and Phillips Academy students rallied to support a radical idea at the time — the full, immediate emancipation of the one-sixth of Americans living in slavery.

While most faculty members and students supported freedom for the slaves, they didn’t want them to remain in the United States. Instead backers of “colonization” favored the relocation of emancipated slaves to Liberia and other parts of Africa.

The seminary’s student colonization society even collected $3,000 to purchase and expatriate 100 Kentucky slaves.

In the 1830s, an abolitionist, anti-slavery movement sprouted across New England in opposition to colonization and became a flashpoint at Andover. Fearing that rival abolitionist and colonization societies would interfere with students’ studies and wreck the school’s “spirit of piety and brotherly love,” the theological seminary’s instructors forced both student organizations to disband.

Furious at the school’s interference, abolitionist William Lloyd Garrison scheduled a series of anti-slavery lectures in Andover beginning on July 4, 1835, to be headlined by Englishman George Thompson, described by British Prime Minister Sir Robert Peel as “the most eloquent man in or out of Parliament.” The seminary faculty were quite familiar with Thompson’s powers of persuasion; he inspired some 30 students to join the town’s Anti-Slavery Society when he visited the campus six months earlier.

Turned away at both the seminary and South Church upon his return to Andover, Thompson found a pulpit at the Methodist chapel on Main Street.

With rumors crackling that pro-slavery ruffians building the railroad through town planned to storm the meeting and tar and feather the abolitionist firebrand, the Rev. Moses Stuart ordered his seminarians to avoid the lecture. “I warn you on peril of your souls’ salvation, not to go to that anti-slavery meeting in Andover Village tonight!” he thundered.

Upward of 50 students chanced eternal damnation. Armed with hickory clubs, they poured into the chapel’s front rows as soon as its doors opened and listened to the Englishman scorch the congregation for two hours with fiery rhetoric on the topic of “The state of things in Andover, and more particularly in the theological seminary.” He castigated the seminary faculty as “tyrants, knaves and hypocrites” and challenged the students “to brave authority, to violate laws and, if need be, to leave the institution.”

When Thompson finally concluded, every light in the church was suddenly extinguished as a mob rushed the pulpit. Brandishing their clubs, the students formed a protective ring around the orator and caused the throng to disperse.

After escorting Thompson to his quarters, a half-dozen students patrolled the downtown streets while the others returned to their dormitories and climbed into bed with their clothes on, ready to respond at any sign of trouble.

Quiet held for an hour until a series of signal whistles pierced the summer night. The seminarians rushed back to Thompson’s lodgings and found a hostile pro-slavery crowd growing in size.

Suddenly dozens of students who had been roused from their beds came sprinting down Academy Hill. “It sounded out on the still hour of night like the coming of a regiment of cavalry,” recalled student Sherlock Bristol.

Outnumbered, the mob scattered into the darkness, and peace prevailed. The repercussions for the students, however, had yet to begin.

More on that in the next column.

Christopher Klein, of Andover, is author of four books including “When the Irish Invaded Canada.” More at www.christopherklein.com.