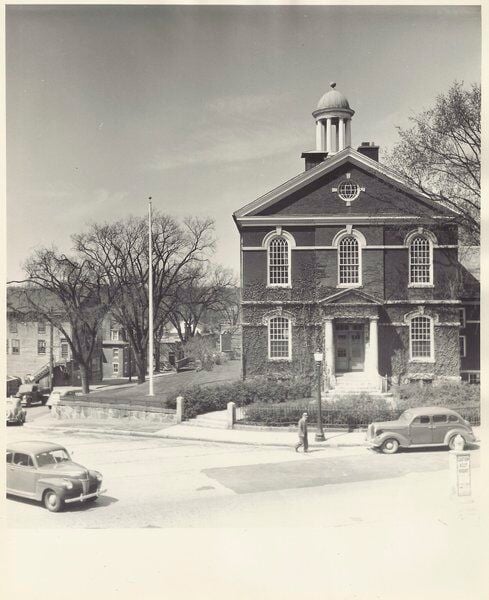 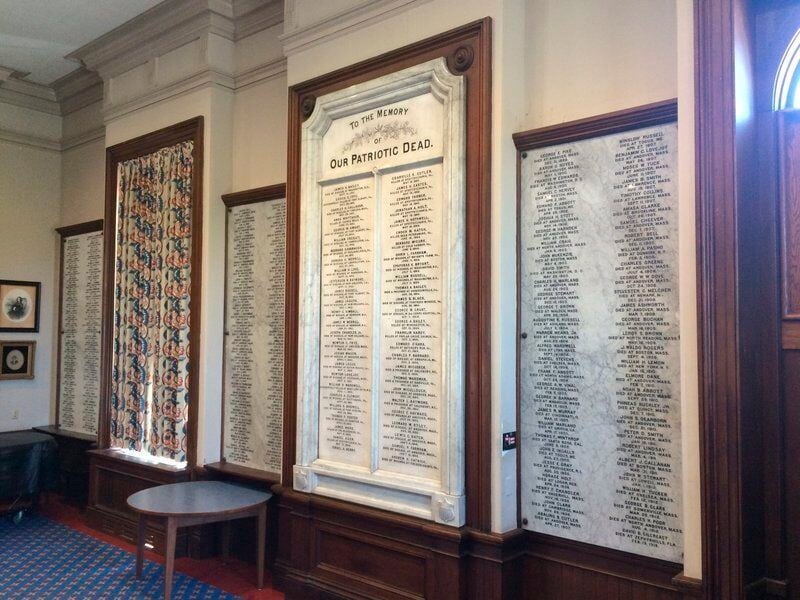 (Photo courtesy Andover Center for History and Culture) The upstairs plaques in Memorial Hall Library commemorate the lives of the town's "patriotic dead" who gave their lives during the Civil War. 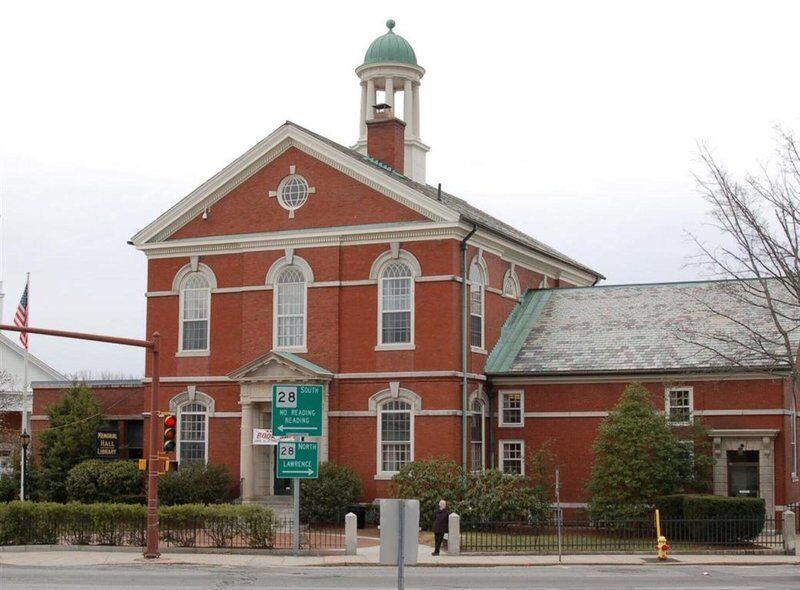 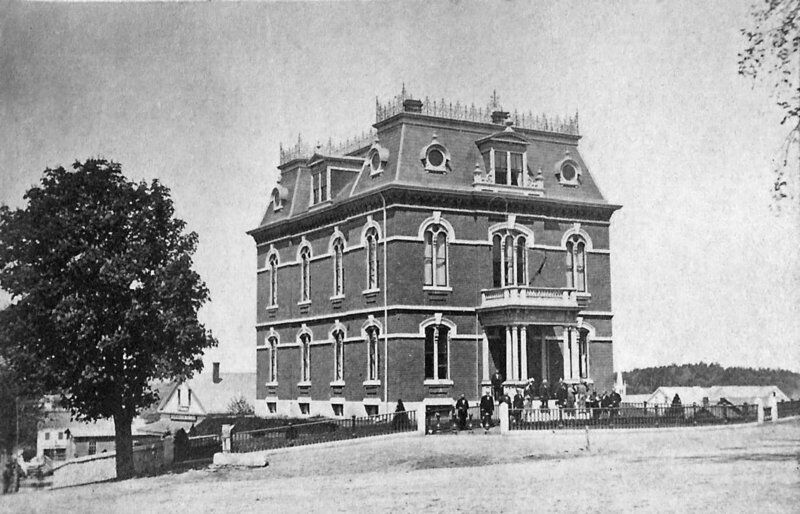 (Photo courtesy Andover Center for History and Culture) The upstairs plaques in Memorial Hall Library commemorate the lives of the town's "patriotic dead" who gave their lives during the Civil War.

Perhaps because of Andover’s successful printing business and the town’s commitment to education, books – and access to these books – are important to its townspeople.

Originally, the reading public enjoyed access to “social libraries,” often available in local stores. One existed in North Andover as early as 1770.

The Andover Frye District Circulation Library Association was active in the 1840s under the patronage of the successful and influential Smith & Dove flax mill business. The Smith brothers and John Dove also contributed $80,000 to the Theological Seminary for construction of the campus Brechin Hall Library in 1865.

Then, in 1870, with the country – and Andover – still reeling from the devastating losses of the Civil War, John Smith visited his hometown of Dresden, Scotland. Exploring that town’s public library, Smith hit upon an idea. On July 2 of that year, he wrote a letter to his son back in Andover:

“I have thought the corner lot, where Joseph Abbott’s shop stood, would be a fine place for a Memorial Hall to be built upon, to commemorate and keep in remembrance the names of those who gave their life in defending our national flag.”

Smith went on to pledge $25,000 on the condition that the town, within six months’ time, pledge a like amount. Of this total, $30,000 was to go for the building and land, “and $20,000 invested, the interest only to be spent in taking care of the library, if there should be one, and a reading-room.”

Architect J.F. Eaton was hired in May 1871, and the Andover firm of Abbott & Jenkins was awarded the contract. The cornerstone was laid on Sept. 19, 1871, with a list of all the Andover men who enrolled during the “War of the Rebellion,” and those who gave their lives.

He said, in part: “We are going to set apart forever a Hall of Soldiers of Andover who died for their country, and also a means of culture and education for the town to which they belonged. ... If these Andover soldiers were indeed the best fruits of our institution, the best specimens of our character, then all that can educate that character is the best memorial of them.”

From an original book purchase of 2,700 volumes, the Memorial Hall Library has seen many changes, including the removal of a Victorian roof line. A children’s room was added and later enlarged.

Ground was broken in 1985 for a new $5.2 million addition. When work was completed in 1988, the library had doubled in size.

Internally, books are not the only focus.

In 1978 a federal grant was awarded for the information and retrieval program known as ANSWERS. A computer system was installed in 1981.

The following year, Memorial Hall Library became the central site for the Merrimack Valley Library Consortium, created by Nancy Jacobson and Evelyn Kuo. The consortium manages the resource sharing of 36 automated and partially automated libraries in the Merrimack Valley, ensuring unified access to all of their catalogs.

Computer upgrades continue today. In the last 10 years, many computers and work stations have replaced the spaces of out-of-date – mostly fiction – books.

Add to that periodicals, games, seeds for gardens, the Andover Room with town treasures, classes, lectures.

The possibilities are endless.