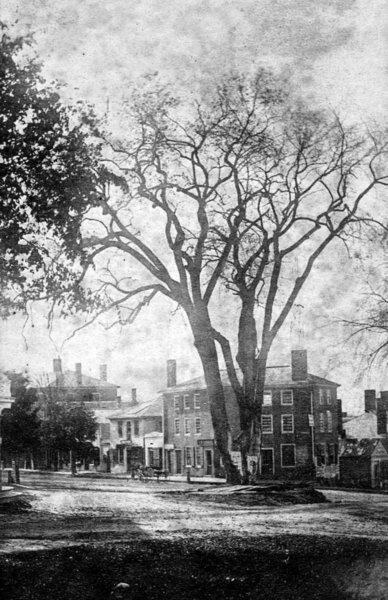 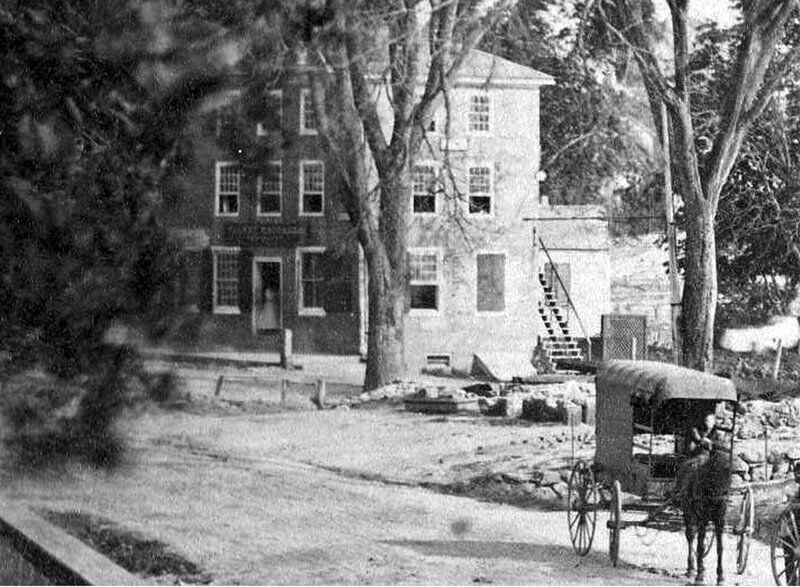 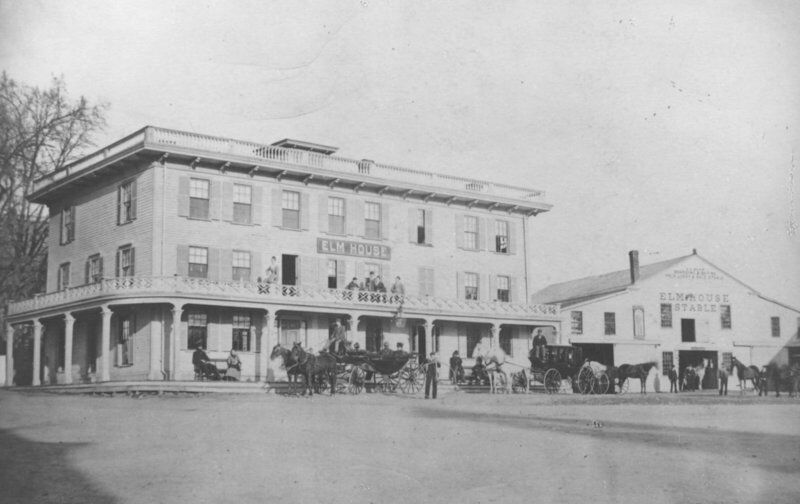 “About the time of the close of the revolution, smuggling brandy and other European luxuries for the use of the good citizens of Andover was not considered such an offense against good morals” (as it apparently was in an 1888 accounting).

Thus begins the story of Andover’s short lived foray into smuggling – full of intrigue, lost fortunes, weak men and a bit of humor.

The intrigue was first recorded at the Joseph Richardson house opposite the Nathaniel Swift house at the site of today’s TD Bank. At the Richardson building, a retail grocery was operated by two enterprising brothers, one of whom was a sea captain. Their business prospered until an “unlucky transaction” brokered by the sailor member of the firm caused his immediate removal to Georgia “in a swift sailing packet of his own.”

The story then shifts to 1814 at the old, five-sided brick building in the square, today’s location at 1-7 Main St., now a bright, white building. Back then, the brick building was dark and shadowy with lots of corners where, I imagine, illicit business could take place.

Here, two Andover men, David Holt Jr., and Isaac Osgood Jr., paid $400 for “land on the westerly side of Essex Turnpike (Main Street) on the southeasterly side of the street leading from Foster’s Tavern (later The Elm House; today The Musgrove Building) to the meeting house.

Holt and Osgood built the brick structure, probably in 1814, and began a successful retail grocery and dry goods business.

In spite of the fate of their fellow brother townsmen, it is said both men fell into the same temptation, with Holt being publicly cited for “excessive drinking and idleness.” The eventual result was a visit from a Custom House officer, a seizing of the suspected goods and a guard placed over the contraband at the tavern’s parlor room, where Mr. Thomas Foster was the landlord and proprietor.

Holt and Osgood were sent to “Major Steven’s house opposite the Baptist Church” then a boarding house, where worked Stephen Abbott, said to be intensely loyal to the cause of free trade, as was the landlord back at the tavern.

When bedtime arrived, the customs officer was sent to sleep in the room with the seized goods.

In the later re-telling, it was said that “everyone around the corner” must have been involved in what happened next: Abbott held a candle and the parlor door ajar, and the landlord brought down the stairs a feather bed, trapping the hapless officer underneath.

With screams of “let me up” the official “was seized by strong hands, blindfolded and hustled into a cart” driven for two miles into Lawrence. By the Lawrence dam, his bound hands were placed on a rail fence. The official managed to get back to South Lawrence where some good Samaritans took him in.

The next day, the official returned to the tavern to investigate.

“He found a most sympathetic landlord, loud in his wrath at this highhanded outrage upon a guest of his.”

The goods were gone, as were the two young merchants, sent on a hasty trip to parts unknown.

We see later that “things were hushed up or settled and the goods found afterwards in good order – some being carried as far as the old Steven’s farm in North Andover.”

But instead of hiding their exploits and learning his lesson, Mr. Foster, in later days, “got up a magnificent supper in the hall over the brick store. The punch flowed freely and all the Andover magnates and deacons got uncommon jolly.”

To my knowledge, smuggling was never publicly mentioned again until the days of Prohibition over 100 years later.