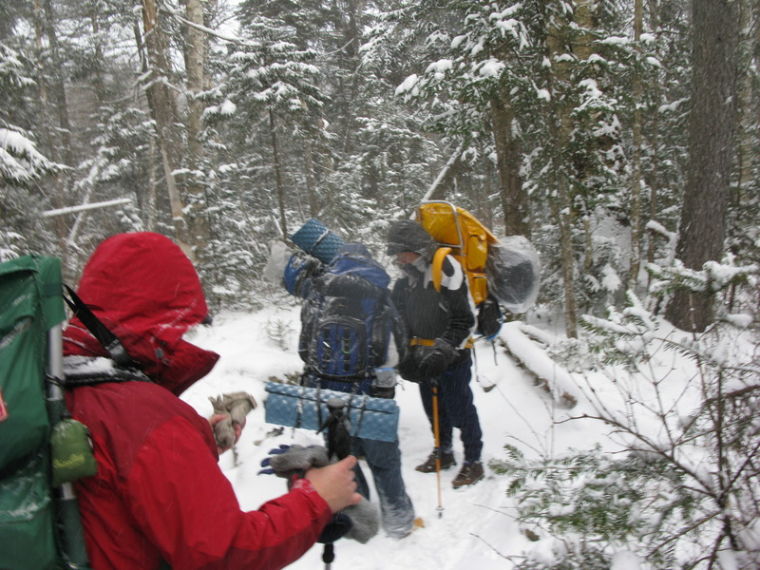 The Wu family and Mark Kaluzny stop for a rest on the snowy trail. 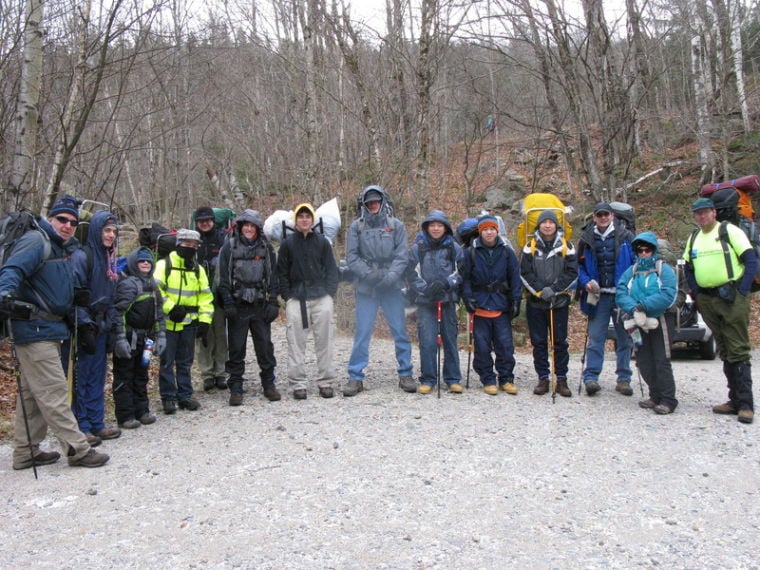 The Wu family and Mark Kaluzny stop for a rest on the snowy trail.

Ballard Vale’s Boy Scout Troop 76, the Super Ducks, embarked on its coldest event in recent history in late November when members set out for Ethan Pond in the Crawford Notch area of New Hampshire’s White Mountains for a late-season hike.

The Scouts’ original plan was to hike Mt. Garfield, but due to a drastic weather report for that area, leaders said the troop changed course and decided to hike to Ethan Pond and, if time allowed, to summit Mt. Willey.

The eight Scouts, ranging in age from 12 to 17, accompanied by six adults, spent Friday night, Nov. 22, at the rustic family cabin of troop committee chairman Gary Hall. The camp is a traditional stepping-off point for many of the troop’s hikes in the area as it saves two hours of driving time the next day, leaders said. The Ducks stopped at the Pizza Barn in Center Ossipee for supper on the way up, another tradition for the troop.

On Saturday morning, Nov. 23, the troop had breakfast, divided and repacked gear, and made lunch at the camp. Then, the group headed out for the Willey House Station trail head.

Due to a late start and the group’s varied abilities, leaders said the troop arrived at Ethan Pond too late to summit the mountain, but used the time to set up camp in the daylight. After supper and the filtering and boiling of water for the next morning, the Ducks nested into the Adirondack shelter at the site while the adults set up tents on the platforms.

That night, the storm front moved in farther than was predicted. The troop awoke to 2 inches of snow and a thermometer that read 0 degrees Fahrenheit, which did not account for the winds in excess of 40 miles per hour coming across the frozen pond. The ever-prepared Scouts had brought a large tarp to stretch across the opening of the shelter, which was supplemented with a tent to provide some respite from the elements, the leaders reported.

Breakfast was quick and gear was briskly packed. Troop leaders said both the Scouts and adults quickly learned that everything moves slower in the cold, especially fingers. Fortunately, despite being cold, leaders said most were prepared with enough layers and proper clothing and true to Scout values, others lent spare gear to those who needed it. They said it was a learning experience for everyone on the trip, even those who have been on these hikes before.

The hike down the snow-covered trail was quite beautiful, troop leaders reported, with the heavy tree line offering protection from most of the wind. The Super Ducks made a stop for warm burgers before returning home. Surprisingly, no one ordered ice cream, leaders said.