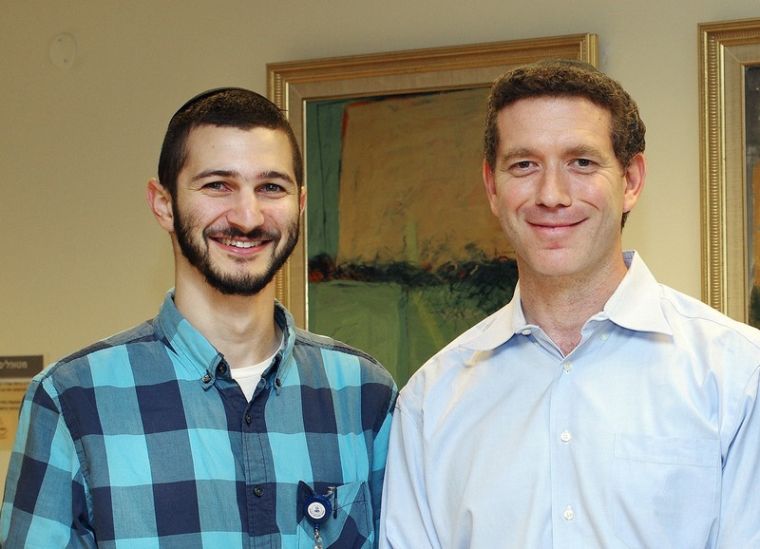 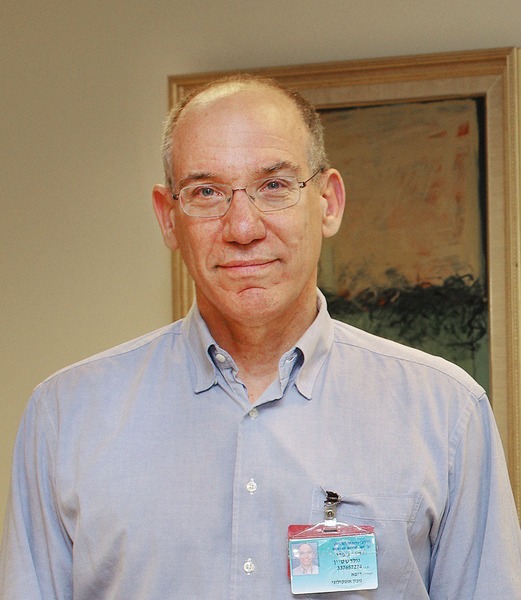 Dr. Jeffrey Goldstein, who lived in Andover at one time before settling in North Andover, moved to Israel last year.

Dr. Jeffrey Goldstein, who lived in Andover at one time before settling in North Andover, moved to Israel last year.

Jeffrey Goldstein, a longtime Lowell General Hospital oncologist, moved to Israel late last year, but he hasn’t given up his local roots.

The former Andover resident is using his new position as senior physician and residency director at the Sheba Medical Center outside of Tel Aviv to create an internship program of sorts for medical school students.

Over the summer, he brought two Andover residents — Ben Spieler and Justin Samuels — to Israel to study, do research and gain exposure to a new cultural milieu.

“They had a great time and did great work,” said Goldstein, who most recently lived in North Andover. “I told them they could only work four days and during the other three days they had to travel. I wanted them to see the area. They had a blast.”

The program was so successful, Goldstein said, he is hoping to expand it next year.

Spieler, who is currently attending the Icahn School of Medicine at Mount Sinai in New York, called Goldstein recently to tell him he had 32 students interested in coming over to Israel next year.

Instead, the hospital, a world-renowned cancer treatment center, will be bringing in eight students from the U.S. who will be paired with eight Israeli medical school students to do research projects, primarily on prostate cancer.

“They will be looking at the side effects of different kinds of treatment and novel treatment ideas,” Goldstein said. “They will work together and at the end of the session will present their research during a gala event.”

The road to Israel, he said, was slightly unexpected. While Goldstein’s wife, Orit, who owns several commercial real estate properties in Andover, North Andover and Lawrence, had moved to Israel early last year, he hadn’t planned on making the move.

Then, Lowell General Hospital, where he had worked for 21 years as director of radiation oncology, merged its radiation group with one at Saints Memorial, also in Lowell. With only one department needed, Goldstein, 56, said his lost out. He learned in August 2012 that his contract had not been renewed.

That began a whirlwind of events. The day after Goldstein was told he was out of a job, he and his 20-year-old son were headed to Israel on a scheduled trip to visit relatives and attend a wedding. He still didn’t intend on moving there. But walking through the airport, he felt a tug. And within 24 hours, he said, he had decided to make the move.

“Within a week, we found out where we were going to live, where our kids were going to school, and I had three job interviews and three job offers,” he said. “I wasn’t going to be angry or bitter or vindictive.”

The couple, who have four children, have adapted well to life in Israel over the past year.

Their newfound home cleared the way for Spieler and Samuels to experience their own adventures in Israel this past summer.

Spieler, who grew up on Wildwood Road, attended Bancroft Elementary and Doherty Middle schools, followed by Phillips Academy and Princeton University in New Jersey before entering the U.S. Marines, where he rose to the rank of captain. Now in his second year of medical school, he said his experience in Israel was invaluable.

“I had a great time,” he said. “The research was amazing, we were using cutting-edge technology. It was a great opportunity.”

Spieler said it was a surprise to learn Samuels would also be studying in the same program.

The two medical students met as youngsters at Rabbi Asher Bronstein’s Andover synagogue, Chabad Lubavitch of Merrimack Valley on North Main Street. They also shared another connection — both their parents are also doctors.

Spieler’s father, Paul, just retired as an oncologist/hematologist from a Merrimack Valley practice, while his mother, Phyllis, is still practicing as a rheumatologist at Doctors Park in Andover.

Samuels’ father, David, is a dentist with a practice on Stevens Street and his mother, Laurie, is a graduate of Johns Hopkins University in Maryland.

Samuels, who selected Ben Gurion Medical School in Beersheba, Israel, for medical training, plans to return to Sheba for his residency in radiation oncology after completing medical school.

“We feel very comfortable here,” Samuels said. “Israel has a bright future and we are eager to be a part of it.”

Spieler and Samuels said they enjoyed traveling around the country, while also conducting considerable in-depth research.

But, Spieler said, it was a great cultural experience as well, noting that the doctors at Sheba were from all over the world, while the patients in the waiting room were from every corner of the Middle East and beyond.

Spieler said at no time did he feel any danger.

“I traveled throughout the region,” he said. “I went to Golan and looked over the Syria border. There was nothing happening.”

Rather, what he saw was a region of the world that is growing and is filled with energy, possessing many of the same values shared by Americans.

He said he hopes the internship program is successful next year as well.

“I can’t think of a more positive summer experience,” he said.