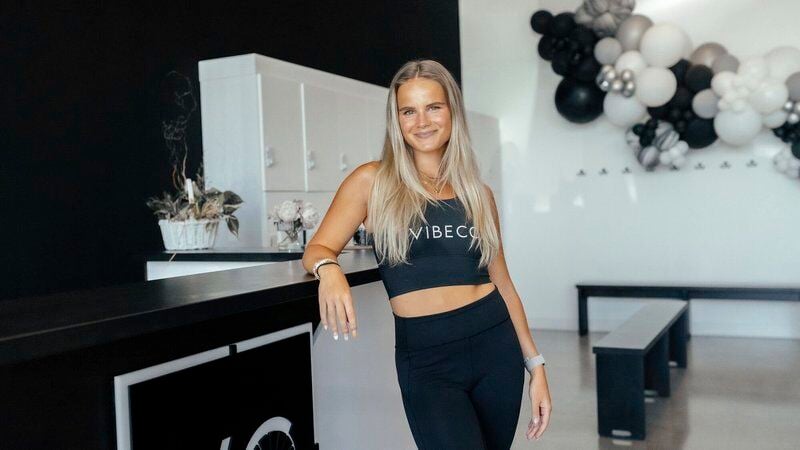 Courtesy photo/Cesar GuzmanMaggie Verrette stands at the front desk of VibeCo cycle, the first exercise studio of its kind in Salem, New Hampshire. 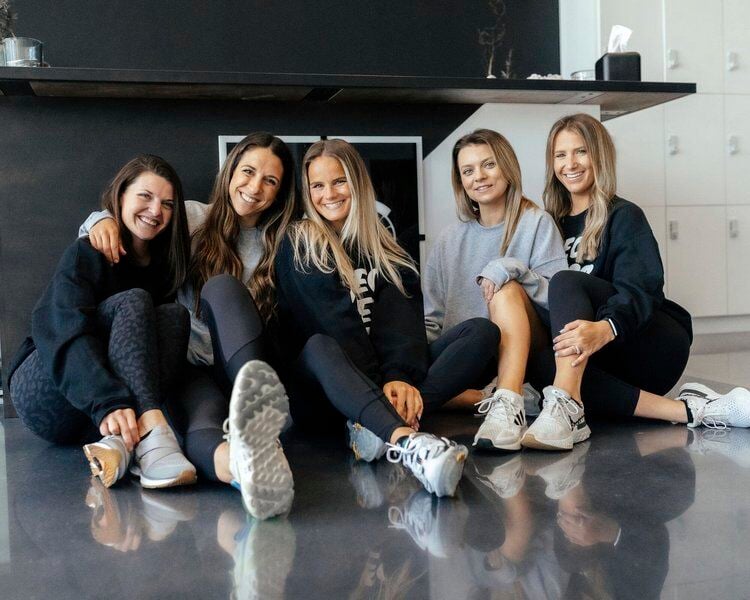 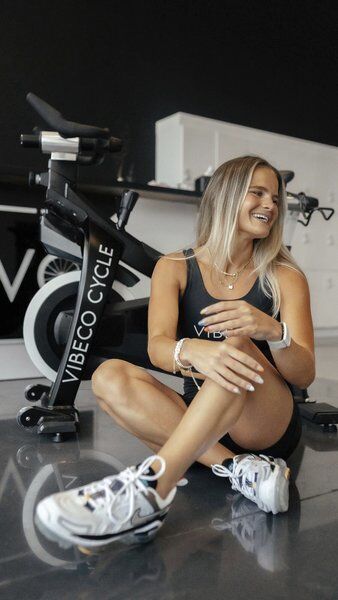 Courtesy photo/Cesar GuzmanMaggie Verrette stands at the front desk of VibeCo cycle, the first exercise studio of its kind in Salem, New Hampshire.

SALEM, N.H. — The town’s first indoor cycling studio is all about the atmosphere.

The 24-year-old Andover native — a member of Andover High School’s Class of 2015 — says she has been living a dream she didn’t always think possible.

Verrette explains how she was a gymnast through college, but was at a loss when the sport ended. She was drawn to cycle classes for the familiar balance of independence among a group.

She took classes, worked at the front desk welcoming clients, and eventually became an instructor. That’s when she says her own business idea appeared.

“I thought to myself ‘how realistic is that?’” she said from inside VibeCo last week.

When the Tuscan Village development started to take shape just 20 minutes from her home, she recalls thinking to herself, “Someone else is going to do this if I don’t.”

Despite the ongoing pandemic, Verrette says she “threw the dice” with hope it would work out. Last month, she welcomed her first clients without delays in the original opening timeline.

"It was a really hard time for a lot of businesses," she said. "Somehow I was able to open right on time."

Her success so far is recognized in impressive attendance and unfamiliar faces.

“It means so much when friends and family come in to support you,” she said. “But that first weekend we opened, I looked at the lists of people who signed up and didn’t know anyone.”

These days she’s on the bike more than ever — leading 11 classes each week — while balancing the business side of things.

Each class is 45 minutes long and “beat-based,” she said. That means instructors are putting hours into developing playlists that drive the class.

“It’s a craft,” Verrette said, noting that her all-female team is thinking of transitions, tempo, hills, sprints and choreography to optimize a full-body workout on the bike.

She assures all riders that rhythm is not required to sign up.

“We don’t care if you’re on the beat. We want you to be doing what feels good with your body,” she said. “It’s about getting your best workout in.”

Though up to 30 people can fit side-by-side in the cycling room, the workouts are independent.

“There are no competition screens, no group data tracking,” Verrette said. “Once class starts, you’re encouraged to unplug and listen to how you’re feeling.”

For her, that sentiment translates to more than the studio.

“I’ve always been a huge believer in doing what makes you happy,” she said. “I’m so grateful for an opportunity to do that.”