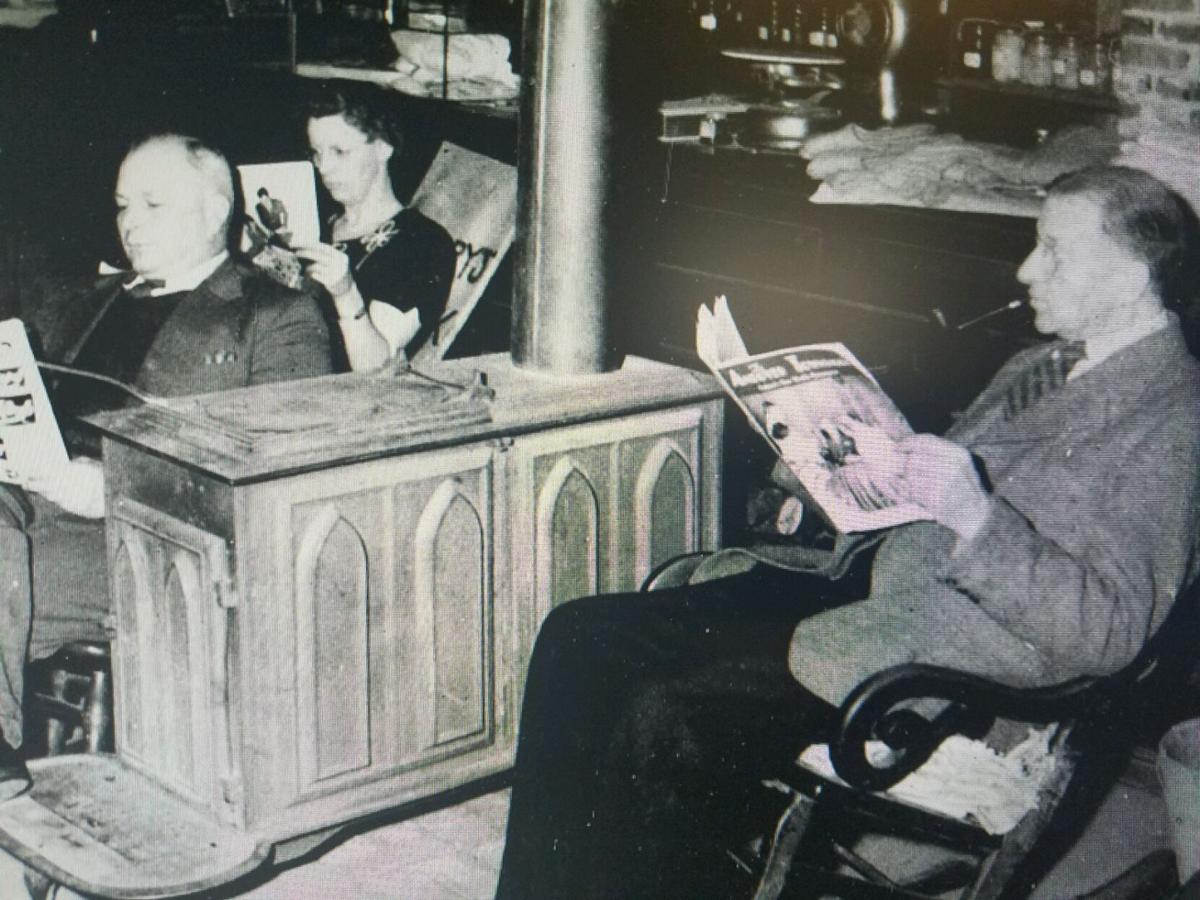 Readers checking the latest news around the burning stove include Mr. Shattuck, right. 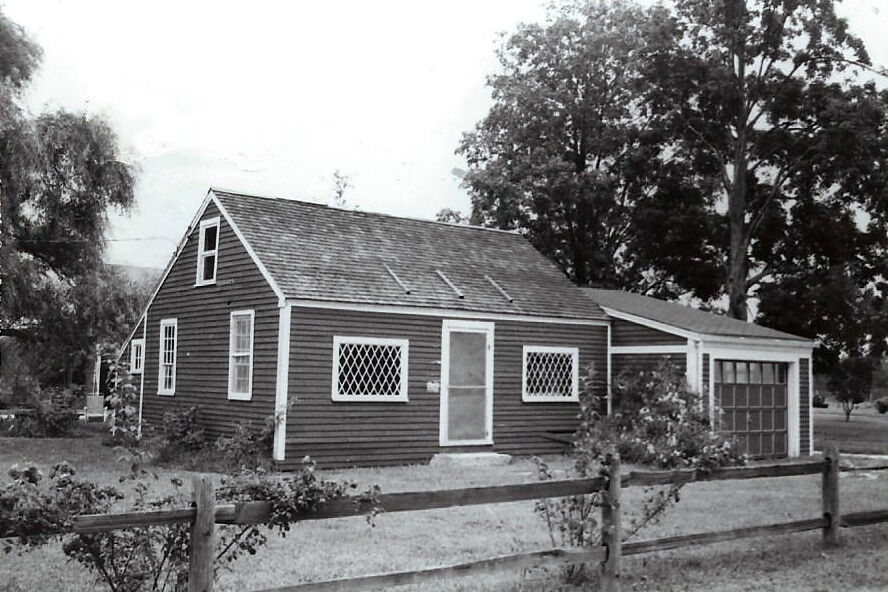 The country store in later years 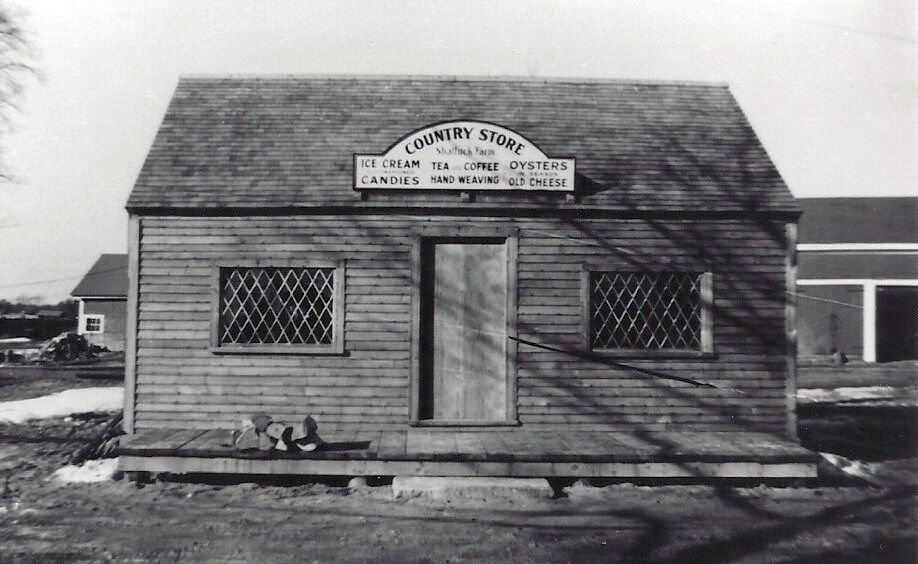 The Old Country Store exterior in 1942

Readers checking the latest news around the burning stove include Mr. Shattuck, right.

The country store in later years

The Old Country Store exterior in 1942

Andover Center for History and Culture

As we do the shopping for our Thanksgiving meal, imagine what it would be like to get your supplies at an old country store.

Of course, before you ever got to your shopping, you’d have to sit a spell and catch up on the town gossip with other customers, some of whom you’ve never met. Sitting around a blazing stove in the middle of the room, before you know it, you’ve made a new friend.

Andover folks found just such a spot at the old Shattuck Farm off River Road.

In 1941 the Shattucks set out to recreate that old country store feel, “where you do not first look around to see what you want to buy.” Instead, “you’d draw up a chair, take out a pipe if you smoked, and then, leaning back comfortably” you’d say, “Tell me….”

On the outside, the building was typical Colonial, where exterior clapboards were “hand spoked-shape,” attached by “hand-molded nails.” From photos, we know that the uprights were rare old gunstock, and the white pine beams were 200 years old.

Diamond-shaped windows were in the style of the period.

Walking inside, you would notice an old stove, low and oblong-shaped, that came from a schoolhouse in Franklin, New Hampshire.

The cracker barrel came from a store, also in New Hampshire. It was said its age “could be calculated from the number of match scratches on its bare wood sides.”

Sunshine beamed through the windows, throwing diamond patterns on the walls. These windows were discovered hiding in a hayloft in North Andover and were said to have originally come from a church.

A Townsman article in 1942 told the history of the counter, estimated to be 150 years old. It once served as the bar in the Middlesex Tavern in Lowell. That tavern had served as a gathering place for a diverse group of trappers and voyagers as well as George Washington, Lafayette and Daniel Webster.

Scattered around the counter were maple tables where guests would sit to enjoy Mrs. Shattuck’s cooking. Oysters were a specialty – baked oysters, fried oysters and oysters in stews.

Shelves beckoned the buyer to choice coffees (the family brand!) and teas. One could also find preserves (old favorites such as tomato marmalade), along with pickles, fruits and minced meat.

And the offerings wouldn’t have been complete without homemade ICE CREAM!

A hand loom tucked in a corner was where Mrs. Shattuck wove wool from the coats of the family’s own sheep. Yards of hand-loomed woolens were offered for sale and, if you were lucky, you might get a suit made in that grey flecked-with-red fabric and heavy woolen shirt.

The store continued to do business into the 1960s, then popular for its ham and bean suppers.

And did I mention ICE CREAM? Many memories were forged by folks who sat “in the shade of Elms and Maples, watching the cows graze, as they licked their favorite flavored ice cream cones.”

But let’s go back to the image of relaxing in a comfortable chair, enjoying conversations and making new friends.

What’s special about this?

As one memory was shared: “as you became friends around the burning stove you liked America better and you liked your town better and you think how nice people are….you think of an excuse to linger longer. You will eventually go, but you will take with you a part of the spirit of a country store.”

My hope is that the people of Andover find that spirit around their Thanksgiving table this year, whether it be a table of valued friends or with a new friend who otherwise might have had nothing to eat.

In this spirit, to old friends and new, Happy Thanksgiving!