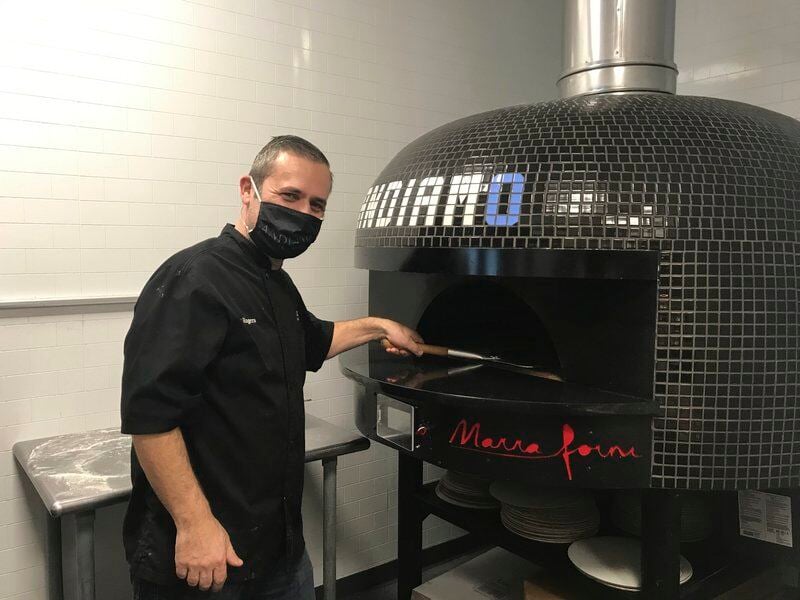 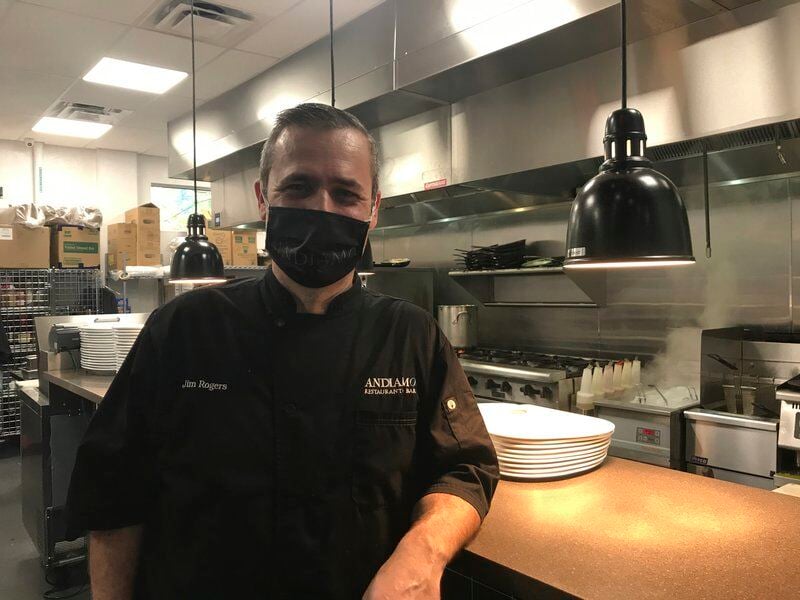 For Jim Rogers, opening a third restaurant was a two-year project in the works when the COVID-19 pandemic hit.

"We had a plan to build the restaurant and then we had to have another plan to open in a pandemic," said Rogers, the owner of and chef at Andiamo in Andover.

Just over two months after opening, Rogers was rushing around the kitchen fixing plates and then over to a table to remove some dishes to keep up with the lunch rush on Veterans Day.

So far the Andover community has welcomed the restaurant and kept it busy — especially during lunch and dinner, he said.

"It's kind of scary because you never know what is going to change," he said.

The restaurant, cafe and bar situated in the northwestern corner of town just off River Road is open seven days a week for breakfast, lunch and dinner. He and his wife, Patricia Collins, with whom he co-owns the restaurant, had always liked the spot in Andover because it was an easy drive right off the highway from their Methuen home, he said.

Rogers already owned two other locations of Andiamo before opening the Andover one. He still operates a Chelmsford location, but had to close his restaurant in Newburyport because of stresses related to the pandemic and issues with the landlord, he said.

Originally this third Andiamo was intended to serve many grab-and-go breakfast and lunch items to nearby office workers and be a great after-work bar and dinner spot for workers and neighbors alike, Rogers said.

Because of the pandemic, the office buildings and hotels are not bringing as much business as Rogers planned. However, locals have been supporting the restaurant with 30 staff members, he said.

Rogers said staffing has been difficult in the pandemic because servers often work multiple jobs. He's had staff members who have been exposed to the virus from their other job and had to quarantine.

But service is of the utmost importance, he said.

"To be a restaurant you should have really good food," he said. "For me what makes it a good restaurant to go to is the people who work for you and that they are happy and make it a great atmosphere."

Andiamo is continuously staffed from 6 a.m. to 9 p.m. weekdays. It opens at 8 a.m. on weekends.

However, people are still getting takeout and coming in for high-end Italian food served on the dinner menu and the cafe specials like paninis, salads and sandwiches at lunch.

The outdoor patio covered by a tent has been a big help attracting people, Rogers said. The tent will stay up for a few more months and is heated.

That is what brought Kathy Qill of Andover to lunch at Andiamo with a friend recently. She appreciates the outdoor seating and social distancing measures in place, she said.

For now in Andover things are going well and Rogers has ideas to expand when there are more workers in the area.

"It would be great to see what we could really do," he said.