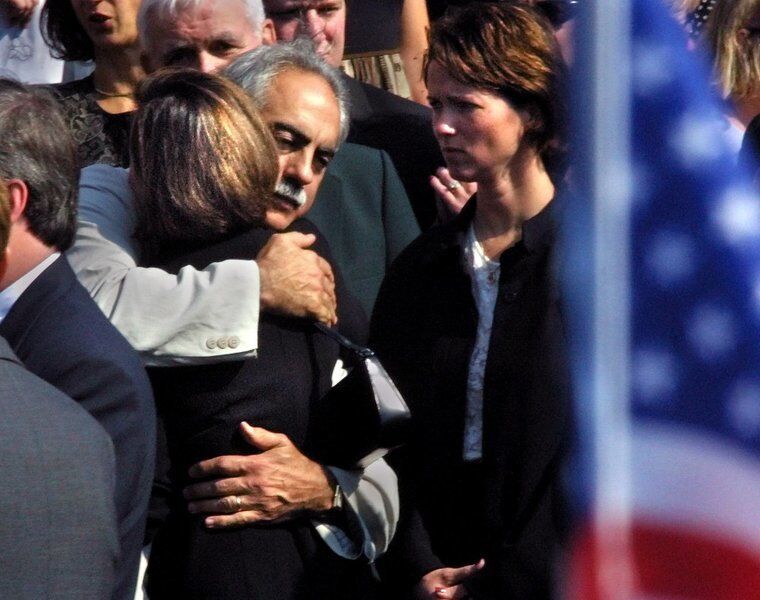 File photoAn unidentified mourner hugs Kimberly Martone, the wife of Christopher Morrison when he died in the 9/11 terrorist attacks, after a memorial service at St. Augustine Church in Andover on Oct. 3, 2001. 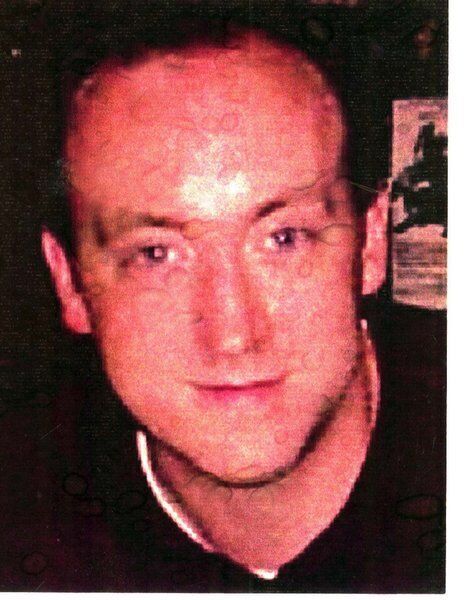 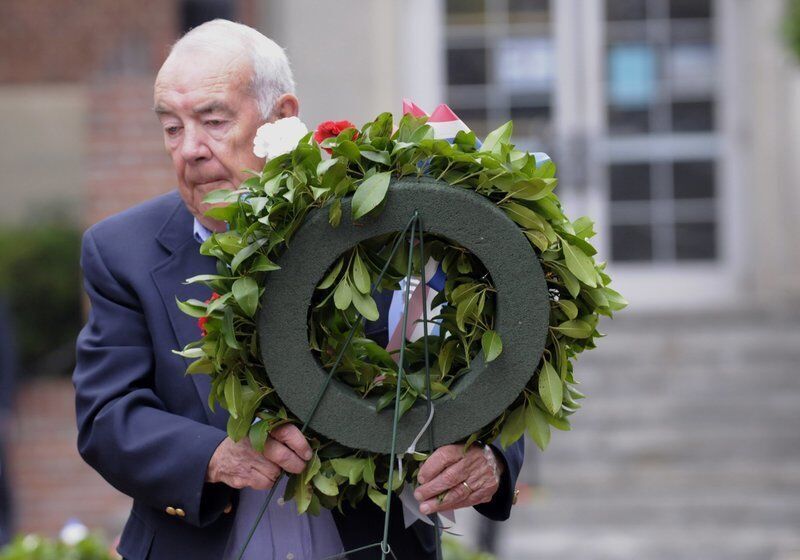 Joseph Morrison, father of Christopher Morrison, places a floral tribute in front of the flag poles at the town offices during the Sept. 11, 2009, remembrance ceremony.

File photoAn unidentified mourner hugs Kimberly Martone, the wife of Christopher Morrison when he died in the 9/11 terrorist attacks, after a memorial service at St. Augustine Church in Andover on Oct. 3, 2001.

Joseph Morrison, father of Christopher Morrison, places a floral tribute in front of the flag poles at the town offices during the Sept. 11, 2009, remembrance ceremony.

Twenty years ago, Christopher Morrison’s parents still had hope that their only son somehow escaped the 107th floor of the World Trade Center’s north tower after terrorists attacked.

Joseph and Maureen Morrison have since been laid to rest near an empty gravesite bearing Christopher’s name. The 34-year-old’s remains were never recovered, but his death is counted among nearly 3,000 others.

Nearby in West Parish Cemetery is the couple’s oldest daughter, Marianne Merritt, who died of cancer in November 2020.

“She’s the one who usually spoke publicly about Christopher on behalf of the family when anniversaries and these types of things came around,” said Cara Morrison, her sister.

As the only remaining member of her immediate family, this milestone anniversary of Sept. 11 will be newly heart wrenching.

“There are times when I think about where I was when it happened, as opposed to where I am now,” she said. “It was a long time ago. I was so young.”

Still, she added, “I can hear his voice like it was yesterday.”

Twenty years ago the Morrisons had just returned from a family vacation to Ireland, greeted back at home by the daily demands of work and life.

Christopher lived in Charlestown with his wife of two years, Kim, and held a job as senior vice president of Zurich Scudder Investments. Two days before the tragedy, the young couple had dinner with Christopher’s parents.

They talked about his upcoming business trip to New York City, specifically a meeting at the World Trade Center.

Joe Morrison told a reporter in the wake of the attack that Christopher emailed his parents about 15 minutes after the first plane hit. An hour later, both towers had fallen and Christopher was never heard from again.

It was especially tough that first year with Christopher’s birthday being in November, as well as family gatherings for Joseph’s birthday and Thanksgiving the same month.

Then came Christmas, when the annual wrapping paper war became an unfair fight.

“After a few gifts were unwrapped we’d crumple up the paper and whip it at each other,” Morrison said now with a smile. “It always annoyed my mom, but my dad laughed along with us.”

Those stories and others are still passed down through the family. Merritt’s daughter Elizabeth, now 28, was only 9 when she lost her uncle.

Morrison says it’s true that time heals, making it easier to remember the good times through a heavy fog of sorrow.

“I was blessed to have a brother for 26 years. That’s such a gift. Not everyone can say that,” she said. “I had a great relationship with him. I’m grateful for that.”