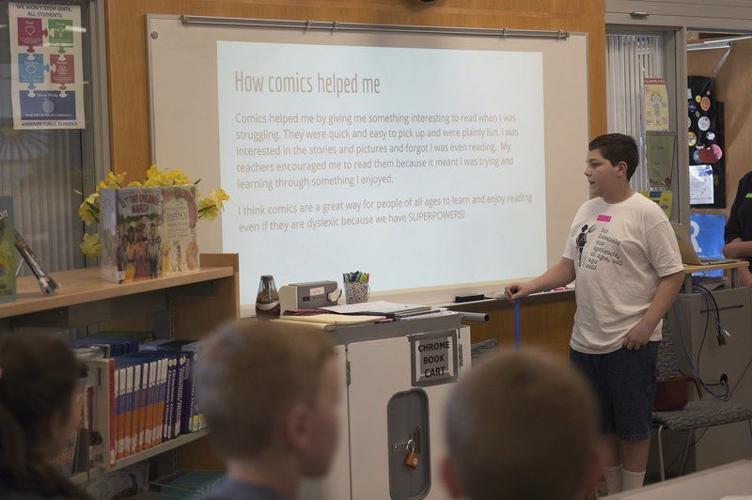 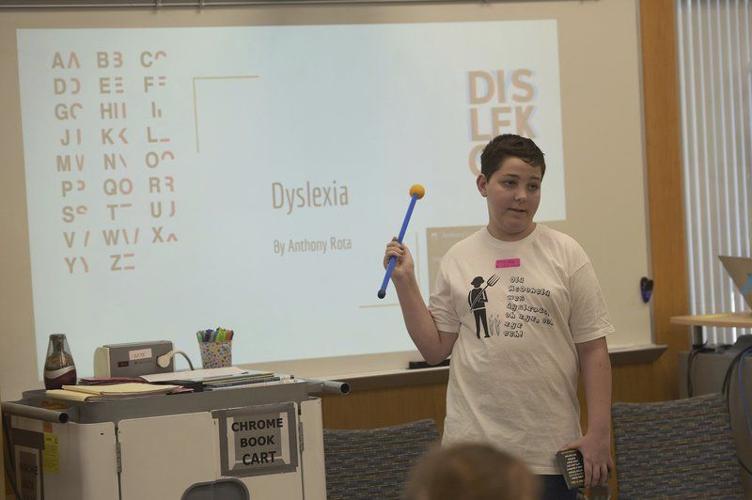 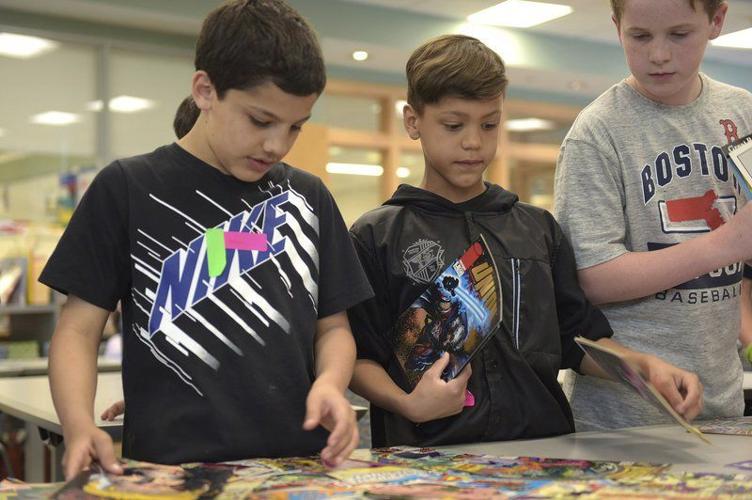 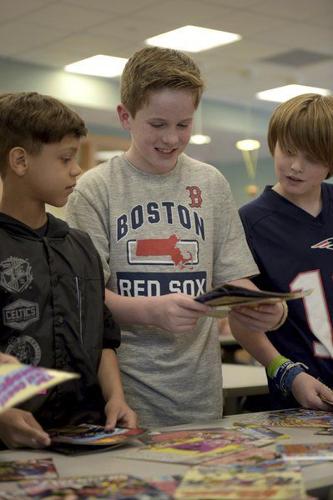 Comic books helped one local student overcome his dyslexia, and now he is sharing his experience with other students diagnosed with the language based disorder.

Anthony Rota, 13, gave a presentation last week on May 8 at Bancroft Elementary, where he explained to a group of approximately 30 elementary school children that he was able to enjoy reading once he discovered comic books, and that dyslexia is actually a super power.

"I have dyslexia and wanted to help kids with dyslexia because I know it can be hard for them," Rota said. "Comic books helped me and I think it can help other kids."

Rota told students that the short stories and picture laden pages of comic books were able to grip his attention, and reading changed from being a challenge to something fun.

"They were short, really cool stories," Rota said. "I could look at the pictures. They were easy to read. You will see improvement fast-- the more you read the better you get at reading. Then you can read giant chapter books."

Rota planned the presentation through Aaron's Presents, a local non-profit that helps children plan volunteer projects to help other people, animals, and/or the environment.

"We love when kids impact or empower other kids because it is so powerful," said Leah Okimoto, founder and executive director of Aaron's Presents. "It reaches them in a special way, so we love when kids share something, especially when they have overcome an obstacle."

"Part of our mission is to help kids realize that every part of them can contribute to what they can give to the world," Okimoto added.

Rota told students at the presentation that dyslexia is a superpower that allows people to notice things others don't.

"The way dyslexia works is your neurons are closer together," Rota explained. "So you can take in lots of information. It can effect reading, but you notice so much more. It can boost your creativity."

In fact, Rota told the crowd at his presentation that dyslexia actually makes people better at certain things, like spotting Where's Waldo?

When Rota was first diagnosed with dyslexia, he was forced to transfer from South Elementary to Sanborn Elementary.

"In the fourth grade I had to switch schools," Rota said. "I was really feeling down because dyslexia made me leave my friends behind. Then I met an amazing teacher, Mrs. Casey."

Rota explained that Mrs. Laura Casey, a member of the Andover Public Schools' languages-based program, helped him realize making mistakes is OK, and he began to improve academically.

"He was very motivated, easy to teach," Casey said. "He just loved to learn. I taught him how to read basics."

Casey taught Rota while he was in the fourth and fifth grade, and at the end of the fifth grade saw him start to become more and more interested in comic books. She said seeing Rota share his experience with younger students was every teacher's dream.

"That's why I do this," Casey said. "For that very reason. To see them excel, progress, and for him to be able to say dyslexia is a superpower is rewarding. He sees that as a positive."