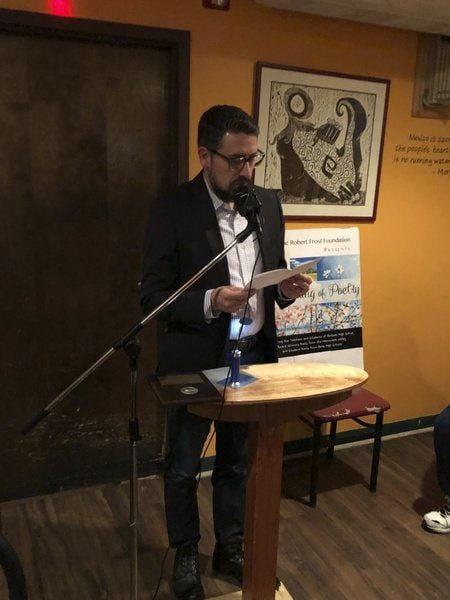 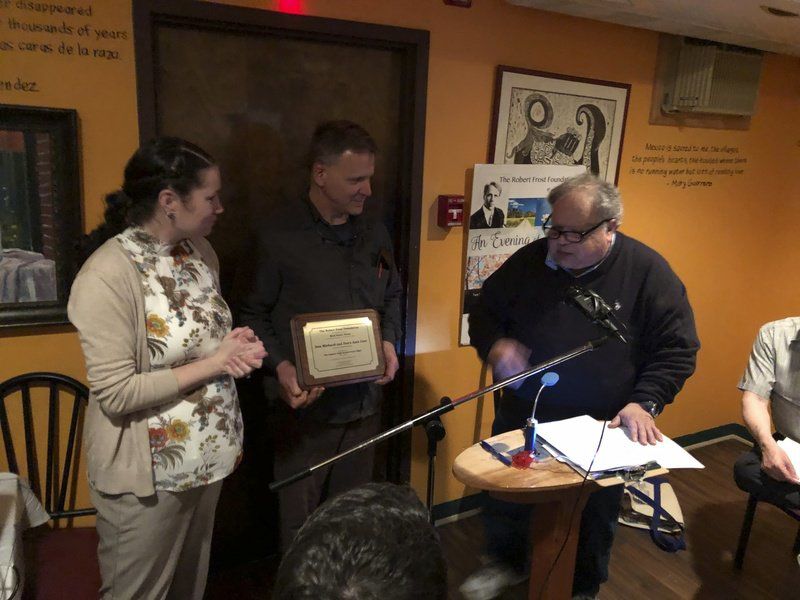 The 10th Anniversary Celebration of the Robert Frost Foundation's Poetry Night will be aired on local cable TV in Andover, Methuen and Lawrence starting next month.

The event, which took place on March 12 at Cafe Azteca in Lawrence, featured students and teachers of Andover High School.

Included in the evening was the presentation of the first annual Mark Schorr Award, which was created to honor someone who supports the arts in the Merrimack Valley. Mark Schorr was a recognized poet who started poetry readings as the executive director of The Robert Frost Foundation from 2002 to 2014.

The award was presented to Don Michaud and Don’s Auto Care for 10 years of sponsorship of the event.

Jessica Nesbitt Sanchez, executive director of The Robert Frost Foundation, presented the award, along with Harry J. Durso, who originally created the AHS Poetry Night in partnership with Mark Schorr and Don Michaud.

“For the past 10 years, and hopefully for the next 10 years, we will continue to be honored by the performance of the student poets from Andover High School," said Nesbitt Sanchez.

“Our students live in a world where free speech is constantly being threatened," said Durso. "Thanks to the Robert Frost Foundation and our sponsor Don Michaud, Andover High Students and their teachers have been able to speak freely in a public forum for 10 years. That is quite an accomplishment."

Many guest poets took the stage to read original work in the open mic portion of the night.