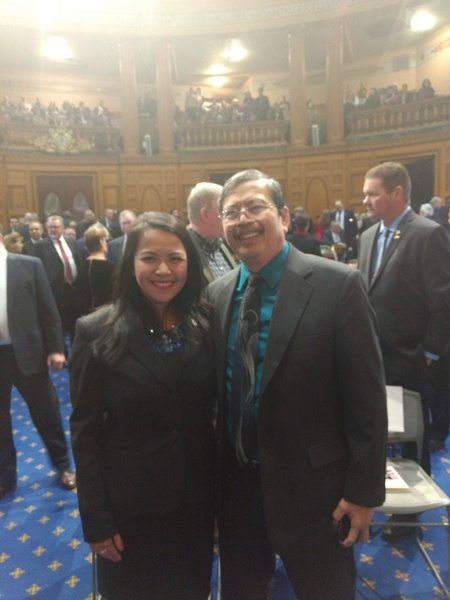 Courtesy photoRep. Tram Nguyen with her father, Long Nguyen, who accompanied her to the House floor. Nguyen came to the U.S. as a political refugee from Vietnam when she was five years old. 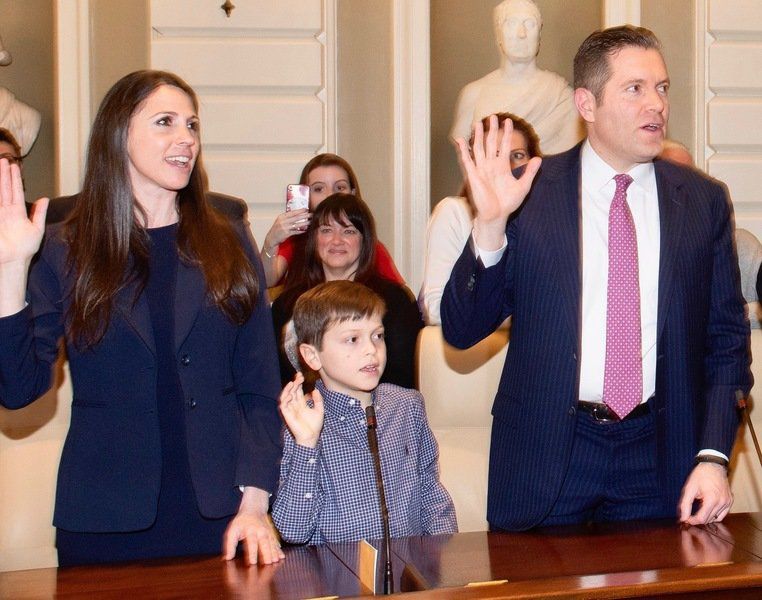 Courtesy photoRep. Tram Nguyen with her father, Long Nguyen, who accompanied her to the House floor. Nguyen came to the U.S. as a political refugee from Vietnam when she was five years old.

One new and one old face from Andover started up at the Statehouse after being sworn in to office recently.

Sen. Barry Finegold, D-Andover, and Rep. Tram Nguyen, D-Andover, were both sworn into office on Wednesday, Jan. 2. In Finegold's case, the swearing-in must have been deja vu, as he once again serves as the state senator for the 2nd Essex & Middlesex district representing the towns of Andover, Dracut and Tewksbury and the city of Lawrence.

Finegold was joined by his wife, Amy, children Ava, Ella and Max, and parents Sondra and Michael on the Senate Chamber floor. Max particularly enjoyed the ceremony, standing next to his father’s side and participating in the oath of office.

“It’s an absolute honor to once again be sworn into office as the state senator from the 2nd Essex & Middlesex district," he said. "Today was a great day filled with family, friends, and supporters from across the district. Our number one priority is to be an accessible office that serves the needs of our constituents. We are the voice for the residents of Andover, Dracut, Lawrence and Tewksbury on Beacon Hill, and I take that responsibility very seriously. I’m excited to get to work!”

Nguyen was also excited to get to work.

"I plan to do anything possible to be accessible to my constituents," she said. "I will hold monthly office hours in each of the four towns in my district and I will listen to everyone, even if we disagree."

Nguyen plans to hit the ground running by working on the issues that she heard about while door knocking during the campaign: common sense gun safety, environmental protection, school funding, women’s health, services for our seniors and veterans, and the opioid crisis. In the wake of the gas explosions, Nguyen also plans to keep infrastructure needs at the forefront of the budget debate.

"We have a strong delegation here in the Merrimack Valley,” said Nguyen, “and I look forward to collaborating with my colleagues to effectively serve the people of the 18th Essex District, region, and Commonwealth."