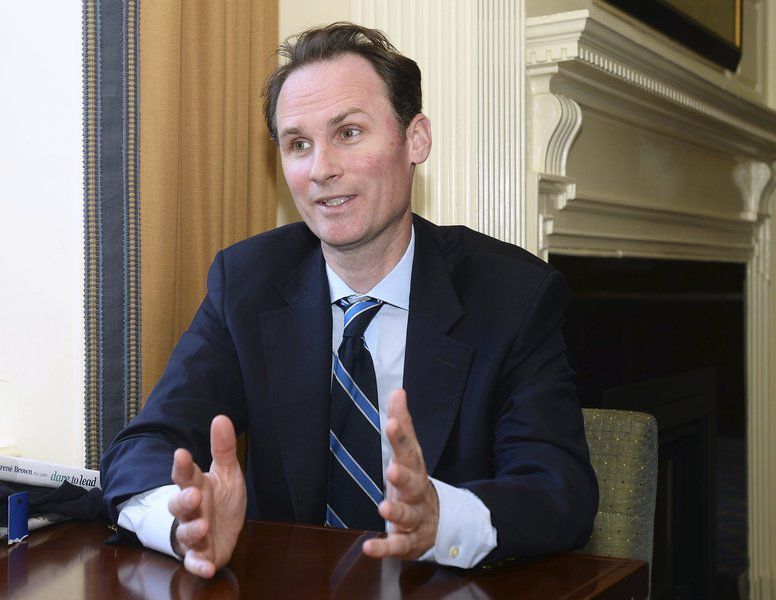 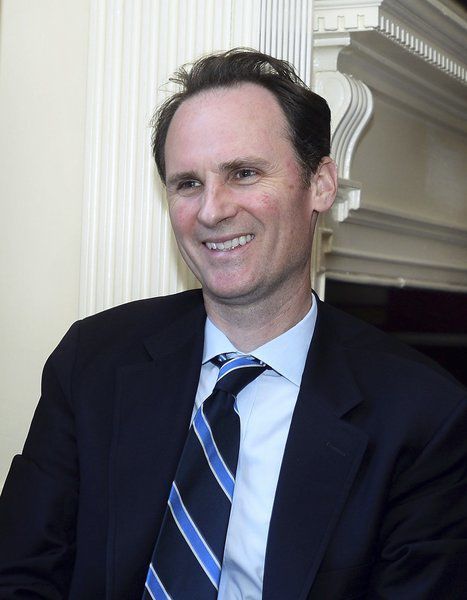 Seven years of challenges, successes and relationships have come to a close for John Palfrey, now the former head of school at Phillips Academy.

After clearing out his office and beginning his long list of goodbyes to staff, faculty and students, Palfrey sat down at the Andover Inn to reflect on his time at the school.

"I'm sad to be leaving," Palfrey said. "It's very bittersweet, but I am very grateful for the opportunity to have worked here with amazing students and faculty."

What will he miss the most? Having a front-row seat to the development of a diverse group of students navigating through the most important time of their lives, he said. From their first day of high school to their graduation, Palfrey has watched thousands of students grow over the years.

With every job comes challenges that require important decisions, some more large-scale than others. Palfrey recalled the three biggest challenges he faced during his tenure, which he said he never expected to handle while in his role.

In September 2017, Daniel Nakajima, a 17-year old senior day student at Phillips Academy, was struck by an MBTA Commuter Train in what was called a suicide by school officials.

"Certainly the hardest thing was we had a suicide during my time here, and certainly to lose a student is the worst thing that can happen to an educational community," Palfrey said.

Also during his seven years leading the elite boarding school, nine staff members had been implicated in inappropriate sexual activity. In September 2016, an investigation found five cases of sexual misconduct involving faculty members and students in the 1970s and 80s. Another report identified three more cases, also stemming from those years.

In May 2018, a Russian instructor at the school, and former boys junior varsity volleyball coach, was also accused of past sexual misconduct with a student in the 1980s.

"In any challenge, when you're running a school, the right question is 'What's in the best interest of the students in our care?'" Palfrey said. "When it came to investigating the sexual misconduct of past faculty, the question was: 'How do we understand this as well as we can? How do we reach out to those who are survivors of this misconduct, and how do we improve the school for the students who are in our care now, and in the future?'"

On Sept. 13, Palfrey was again faced with a challenge that would rise to the top of his list of difficulties as head of school.

When the gas disasters caused by over-pressurized gas lines struck the communities of Lawrence, Andover and North Andover, he was tasked with keeping 1,100 kids safe.

Palfrey said everyone was evacuated to the great lawn and brought back into their dorms several hours later, after ensuring the buildings were safe for return.

Adding to the already heaping stress was the fact that Phillips Academy has a large population of foreign students. Palfrey said parents were witnessing what was happening at their children's school on the news, from thousands of miles away.

"It's important to keep one's composure and act with ice water in your veins," he said. "It was in a moment like that, when you need to keep 1,100 kids safe and nobody knows what is going on."

Though Palfrey endured his share of challenges, he also reflected on his proudest aspects of the academy, many of which he is largely credited for.

Phillips Academy remains the only need-blind school of its kind, while also maintaining the highest level of academic excellence of any high school in the world.

By operating on a need-blind basis, Palfrey said the school meets the needs of students when it comes to paying tuition, and is "blind to the needs of the family." Wealthy students pay full tuition, some come entirely free if they don't have the means, and others pay partial tuition.

"We tell people to apply, and they can come regardless of whether or not they can pay," he said. "We are able to operate in this way that I think is very morally important."

Operating this way, however, means the school has had to raise a lot of money, and gain significant financial strength.

Under Palfrey's leadership, the school's endowment has gone from $785 million to $1.1 billion.

Palfrey said he has high hopes for whomever his successor is that they will continue to lead Phillips Academy "from strength to strength."

He said teaching will be one of the most difficult things to leave behind. Palfrey taught U.S. history at the academy, and prior to that taught a class on computer hacking.

"And being close to a group of students that I felt very connected to, and a group of faculty and staff colleagues that are devoted to excellence in education in a way I really admire," he added.

Palfrey said he is leaving the school with few regrets, but wishes he had more time and ability to be more involved in the smaller things.

"In some ways one of the challenges of this job is at any given moment there is a wonderful play going on, the volleyball team is playing, and there's an amazing speaker in the chapel from out of town," he said. "You just can't be in all those places, being as connected as you want to every one of the students. I would have loved to have had more ability to be more involved in things."

For incoming students, and those who have since graduated, Palfrey shared one piece of valuable advice.

"Please know that your teachers believe in you, and that the experience you have at a school like this will serve you your whole life, especially in so far as you realize that you can accomplish anything," he said.

Though Palfrey, 46, will depart from Andover in September, his two children will still remain students at Phillips Academy. His son, Jack, 17, is a rising junior, and his daughter, Emeline, 13, will be a freshman.

Palfrey and his wife will move to Chicago where he will take on the role of president of the MacArthur Foundation. The foundation makes grants and investments to support non-profit organizations in Chicago, across the country, and in approximately 50 others.

Palfrey said the foundation is one of the leading, large foundations in the world, and plays a very important role in supporting creative and innovative approaches to solving social problems on a larger scale.

"I hope to have left the school in good shape for the person that follows," he said.