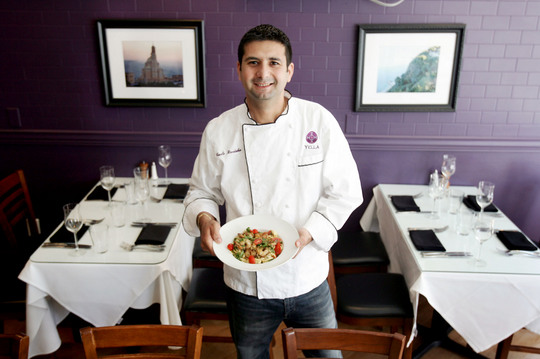 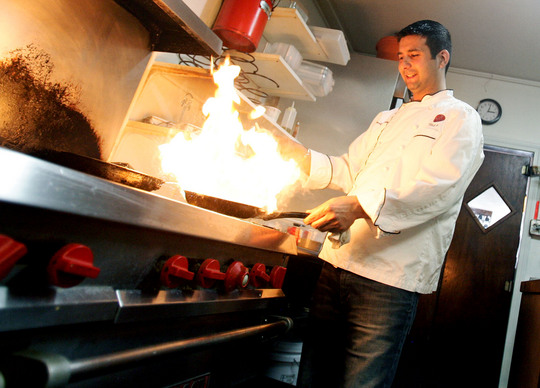 Chef Carlo Berdahn of Yella Grille in Andover will be featured on the Today Show’s cooking segment on Monday, June 6. 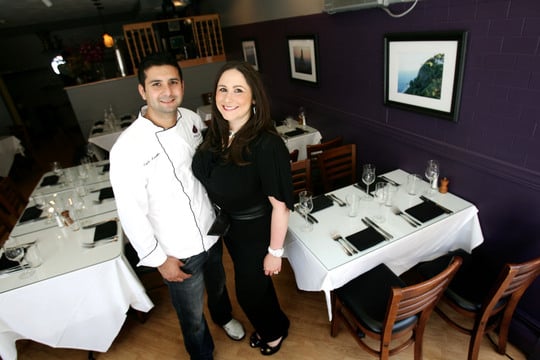 Chef Carlo Berdahn of Yella Grille in Andover and his wife Danielle pose in their restaurant in downtown Andover.

Chef Carlo Berdahn of Yella Grille in Andover will be featured on the Today Show’s cooking segment on Monday, June 6.

Chef Carlo Berdahn of Yella Grille in Andover and his wife Danielle pose in their restaurant in downtown Andover.

When the party of 11 came into Carlo Berdahn's restaurant one cold Saturday night last February, this Andover chef hustled as always, sending out his Lebanese-style lamb chops.

Little did the chef and co-owner of Yella restaurant on Post Office Avenue know that one of those lamb chops was to make a big impression on a Today Show producer. In the area for personal business, the producer asked somebody for a good local restaurant, and was directed to Yella. The producer liked his meal at the Mediterranean restaurant so much, he invited Berdahn to cook on NBC-TV's morning television show.

Berdahn is packing his cooking utensils and preparing three recipes of a lifetime.

"I'm enjoying this time and just so happy," he said. "I feel happy and blessed."

Sipping on his homemade iced tea that has cinnamon, lemon and mint - a lunchtime favorite among local customers - he is trying to "keep calm" as he prepares for the live show.

Berdahn is tight-lipped about what he will cook on television because The Today Show does not allow recipe reveals.

"All I can say is that I will have three recipes and each is summery," he said. "The recipes are light and healthy."

He and his wife, Danielle Berdahn, will fly to New York City the day before the show to see The Today Show kitchen and prepare.

"I'm just really proud of him," said Danielle Berdahn said who seats and serves Yella customers. Both enjoy talking with customers and making sure the food is good.

It's Lebanese-inspired cuisine at Yella, which means "Come On, Let's Go" in Lebanese. Chef Berdahn was born and raised in North Lebanon and says his early culinary exposure was from his mother. He always wanted to run his own restaurant. He also runs a catering business with his wife.

Yella opened in 2009, just days after the Berdahns were married. The couple has said they searched for the perfect restaurant location and truly believe they have found it on the tiny side street in the heart of downtown Andover.

"We love it here and believe the Today Show will be good for all Andover businesses," Danielle Berdahn said.