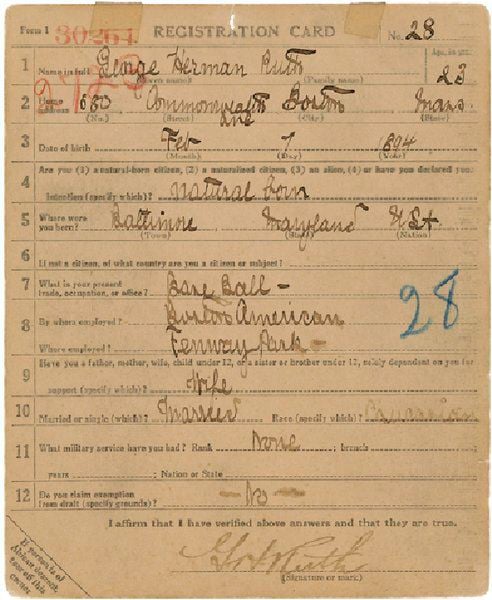 Courtesy photoBabe Ruth registered for the draft but got a deferment because he was married. He never served. 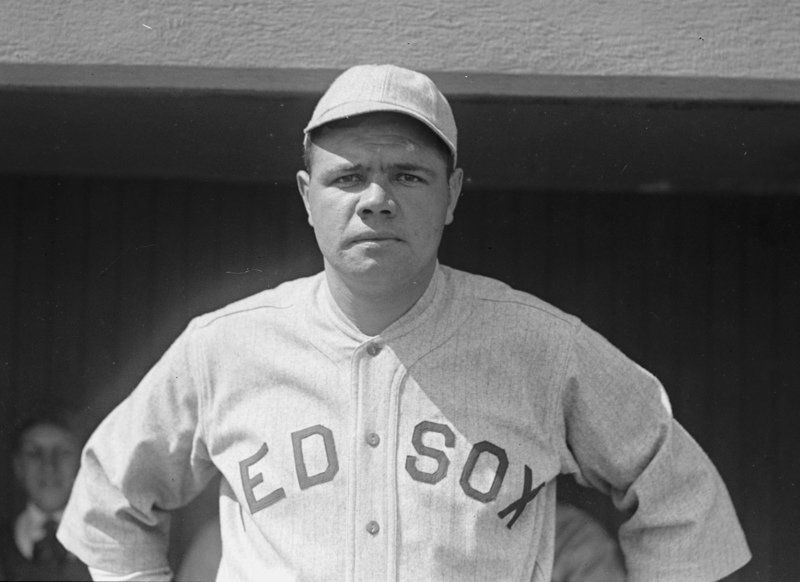 Courtesy photoBabe Ruth's focus switched from pitching to hitting after the Red Sox lost players to the draft in World War I. 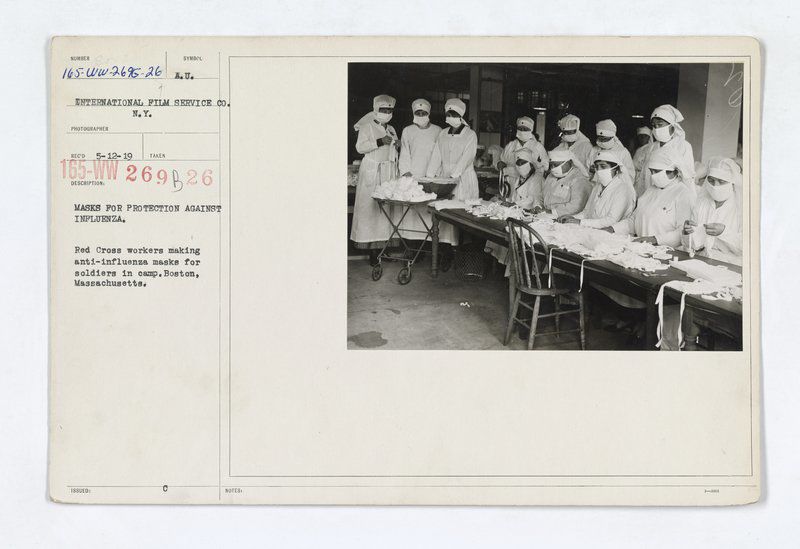 Courtesy photoRed Cross nurses promoted wearing masks during the pandemic of 1918, but the authors of "War Fever" quote sources that question their usefulness. 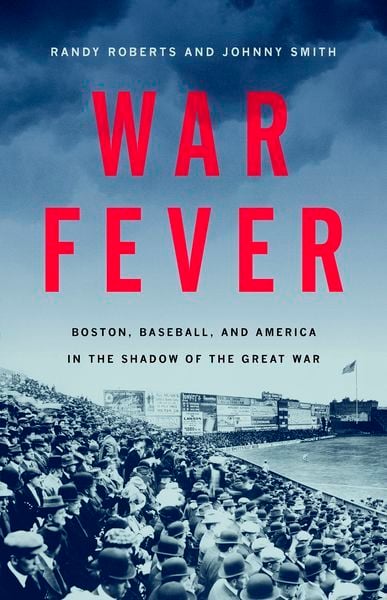 Courtesy photoBabe Ruth registered for the draft but got a deferment because he was married. He never served.

Courtesy photoBabe Ruth's focus switched from pitching to hitting after the Red Sox lost players to the draft in World War I.

Courtesy photoRed Cross nurses promoted wearing masks during the pandemic of 1918, but the authors of "War Fever" quote sources that question their usefulness.

Pandemics don't happen in a vacuum.

That's why, when the Spanish flu swept through Boston in 1918, some saw it as a consequence of the country's involvement in World War I.

"One story passing on the streets claimed that a German sub had penetrated Boston Harbor, rose out of the ocean, and emitted a deathly gray gas that drifted ashore, poisoning the city with germs," write Randy Roberts and Johnny Smith in their new book, "War Fever: Boston, Baseball and America in the Shadow of the Great War."

The outbreak could in fact be traced to the conflict overseas, because the virus was brought to Boston from Kansas by American soldiers and sailors, who then carried it abroad.

But the emphasis of "War Fever" is on the way a society at war can unleash a variety of social forces that have destructive power, even if they lack the direct impact of guns and disease.

The story about the submarine, for example, was only slightly less paranoid than the speculations in newspapers about Karl Muck, the German conductor of the Boston Symphony Orchestra, who was all but accused of spying for the enemy.

Federal investigators found nothing to connect Muck with espionage, but they did uncover evidence that he had conducted an affair with a student and they used that to coerce him into accepting internment in Fort Oglethorpe, Georgia.

Muck is one of three public figures, along with baseball legend Babe Ruth and war hero Charles Whittlesey, whose experiences are the focus of "War Fever."

For the German-American Ruth, the war helped change the way he played the game, where he began as a dominant left-handed pitcher.

After the Red Sox lost players to the draft, which weakened their offense, manager Ed Barrow was forced to play the Babe in the outfield on days when he wasn't on the mound.

Now in the lineup on a regular basis, Ruth's frequent and awesome home runs changed the emphasis in the game from hit-and-run tactics to all-out assaults, which mirrored the brutal methods that American troops were using successfully in Europe.

But the war also had an impact on Ruth's sale to the Yankees, because attendance at games fell by 35% during the conflict, intensifying Red Sox owner Harry Frazee's financial woes.

He ended up selling most of the team, and the Red Sox wouldn't recover for decades, while New York flourished.

"When they won their first World Series in 1923, eight of the team's starting position players and four-fifths of the starting pitching rotation had come from the Red Sox," Roberts and Smith write.

If the crude and slovenly Ruth had an opposite, it was Whittlesey, a bookish Harvard Law School graduate from an old New York family who enlisted in the Army out of a desire to serve something larger than himself.

Whittlesey led around 700 men during the Meuse-Argonne Offensive and achieved the initial objectives laid out for his command, but was cut off in terrain that later became known as "the Pocket."

Surrounded by Germans, Whittlesey and his men fought off repeated attacks for six days, until other units could reach them.

They were dubbed "The Lost Battalion" in the press, and Whittlesey came home a hero, although he tried to deflect all the praise to his men.

He spoke out on behalf of veterans' causes and international peace, but the pressure to appear larger than life, which Ruth had embraced, finally drove the principled Whittlesey to desperation.

"As surely as his men who had died or suffered wounds in the Pocket, Charles White Whittlesey was a casualty of the war to end all wars," the authors write.