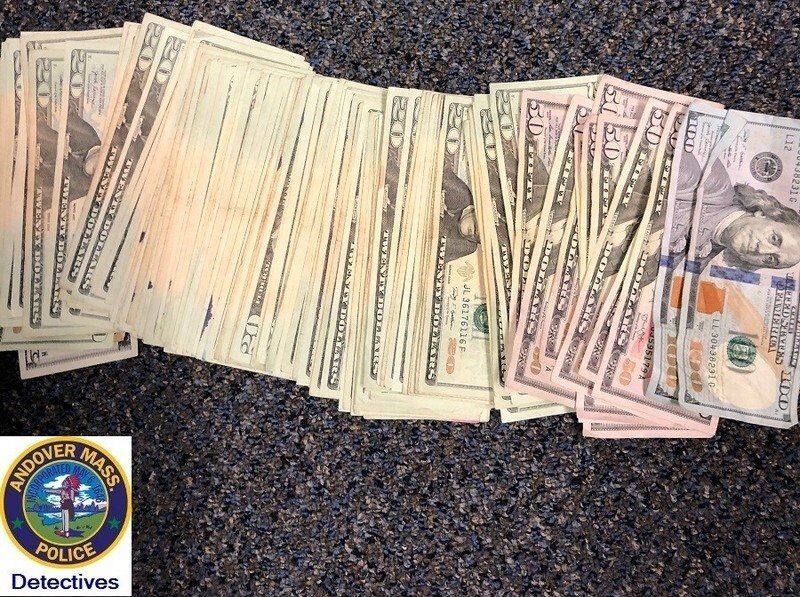 Courtesy photo: In addition to 300 grams of suspected Fentanyl, detectives recovered $3,000 in cash (pictured above) during a drug bust in Andover last Friday. 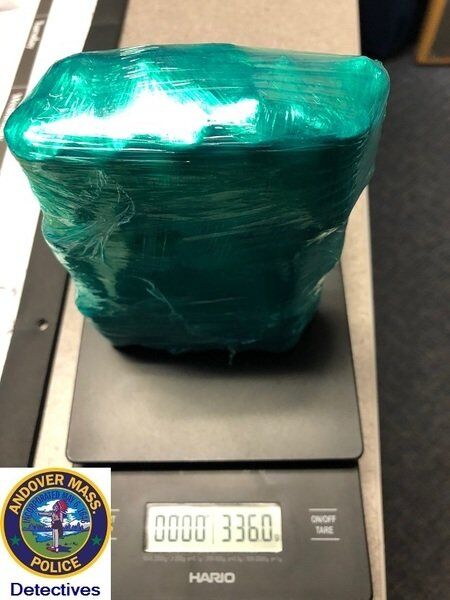 Courtesy photo: In addition to 300 grams of suspected Fentanyl, detectives recovered $3,000 in cash (pictured above) during a drug bust in Andover last Friday.

Two men were slapped with drug trafficking charges after detectives recovered 300 grams of fentanyl and $3,000 cash following a drug deal, according to police.

Tyler Dowaliby, 28, of Dover, New  Hampshire, and Santo-Vladimir Arias, 26, of Lawrence, were arrested for trafficking more than 10 grams of fentanyl. At the time of the arrest, Dowaliby had a warrant for additional drug violations.

According to a statement from the Andover police, at 3:42 p.m. on Friday, July 31, detectives with the substance abuse unit happened to be working in the River Road area when they observed a white pickup truck with New Hampshire plates parked near a hotel.

After watching the truck for awhile, detectives saw a minivan enter the lot and drive up to the pickup truck, at which point detectives noticed “behavior typical of a drug transaction,” according to the statement.

Detectives followed both vehicles as they drove off, stopped them and recovered 300 grams of “suspected” fentanyl and $3,000 in cash. The arrest took place on Campanelli Road.