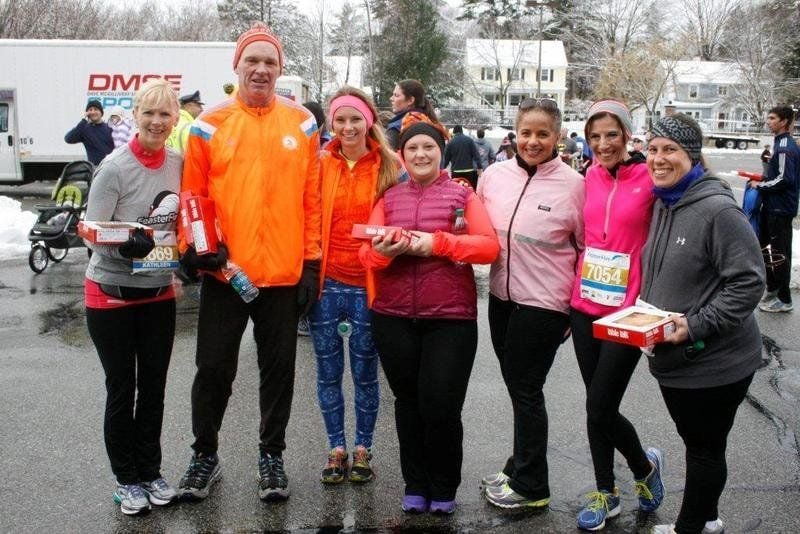 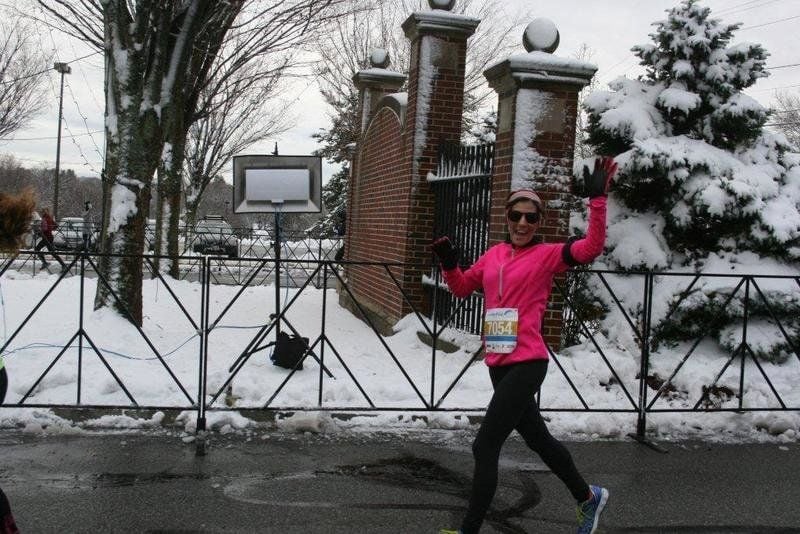 It’s been two weeks since I squeezed my way onto North Main Street with almost 10,000 other people — filled with a mix of anxiousness, excitement and, I must admit, a fair amount of jitters that verged on outright fear.

I tried to keep replaying my husband’s Thanksgiving morning reality check in my head — that I was just going for a run, not tackling the Boston Marathon or climbing Mount Kilimanjaro.

His words were intended to help me keep things in perspective. But it might have been Mount Kilimanjaro or the Boston Marathon for that matter. I can safely say I will never do either of those. But I had never run a 5K — and that was exactly what I was about to do.

And there, at the heart, is probably the biggest takeaway from my fall journey to the starting line of the Feaster Five.

As the minutes ticked closer to the 9 a.m. start, I realized I wasn’t just about to run 3.1 miles. I was actually about to fulfill a promise to myself.

True, it wasn’t a goal that would alter the course of my existence, or have any lasting global implications, or anything close to being as dramatic as that. There was nothing tangible riding on it (well, unless you count that Table Talk apple pie waiting at the finish), but yet there was something much deeper at stake.

So against the backdrop of the freshly fallen snow of the previous day, I joined the four other women in my Beginner 5K Training Group and together we readied to finish what we had embarked on eight weeks ago.

After one final pep talk from trainer Melissa Pennington to her first-ever group of fledgling 5Kers, we were off.

I tried not to let my adrenaline get the best of me as I approached “the hill” that is the nemesis of the Feaster Five — my very own personal Mount Kilimanjaro that had been taunting me for weeks. And once I cleared it, my fears started to fade and I knew that pie was within reach.

As I turned onto High Street and found my stride for the last two-thirds of the race, I surprised myself at how much I enjoyed the cold wintry air that had arrived just in time for Thanksgiving (alright, maybe enjoyed is a bit of a stretch). I smiled at the runners in my path and waved to the people lining the route. I may have even offered Happy Thanksgiving wishes to some of the people along the way.

When I reached the final ascent to Brickstone Square and saw the finish line where my husband and parents were waiting to cheer my final strides, I quickly prayed I wouldn’t trip. And then, with a confidence I wasn’t expecting, I completed my personal “marathon.”

Sure the pie was a nice reward. But knowing my four fellow 5K trainees — Allison, Tyler, Kathy and Julie — had successfully completed their own personal goal, too, was even better. And having two favorite family members, 5K first-timers themselves, along for the ride was the proverbial a la mode.

While I couldn’t ignore my time (I clocked in at 33:14), it was never about how fast I could finish. For me, the eight-week course to the finish was as gratifying as that final 33 minutes.

I’m not going to lie. I haven’t laced up my sneakers and hit the pavement since Thanksgiving morning. I just may take the month of December off. But I’m confident that come January, I’ll be heading out for a run again.

My 5K group is counting on it. We’re already setting our sights on our next race — April’s annual Run for the Troops through town. See you at the starting line.

Sonya Vartabedian is editor of The Andover Townsman. Reach her at svartabedian@andovertownsman.com.