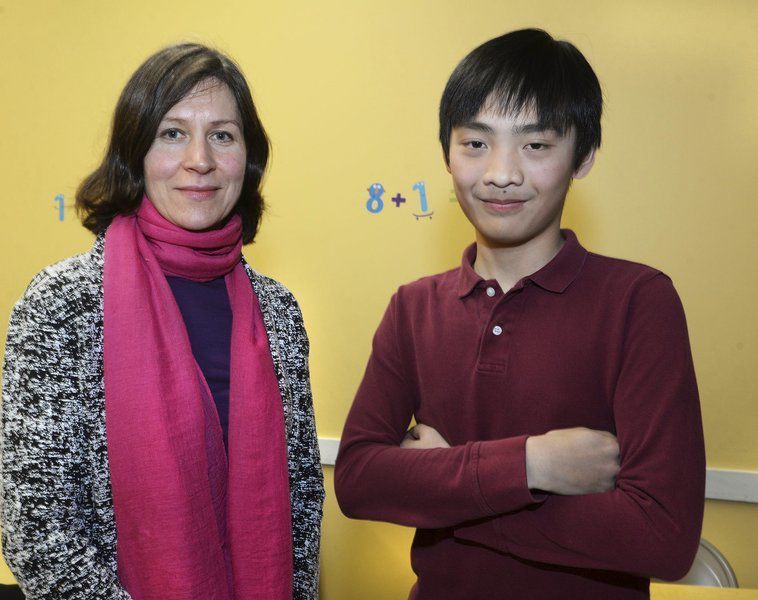 CARL RUSSO/Staff photoAaron Huang with his math teacher Olga Gornovaya at the Russian School of Mathematics. She has been his teacher since first grade. 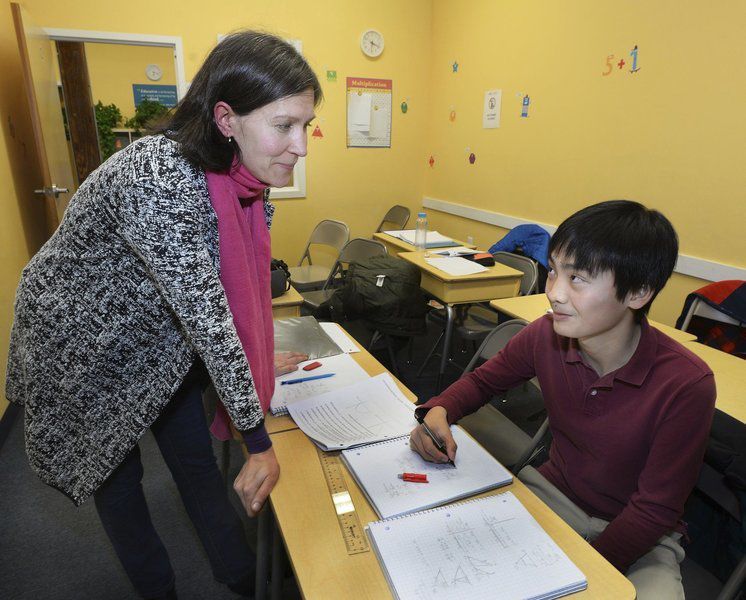 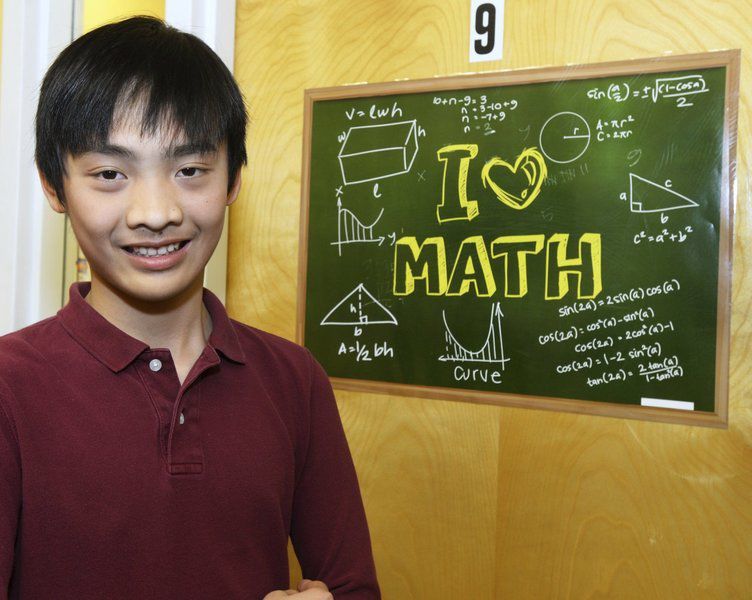 CARL RUSSO/Staff photoAaron Huang with his math teacher Olga Gornovaya at the Russian School of Mathematics. She has been his teacher since first grade.

"When I grow up, I would like to be a sports analyst or a front office executive for a professional sports team or something that combines sports and math because they are my two favorite things to do," he said. "I also enjoy playing fantasy sports because I do really well in them. Sometimes I am able to predict when certain players will perform well."

Aaron has been honored as one of the brightest students in the world — literally — by an organization that specializes in identifying such students. He got a near-perfect score on the SAT math test which high-schoolers take to qualify for college, and he was only a sixth-grader at the time.

Aaron, now a seventh-grader, took the SAT math test in March 2019 and scored 790 out of 800 as a sixth-grader. Typically, students in grade 11 take the test since most colleges require it.

"Aaron took the SAT as a sixth-grader and his scores were exceptionally high for a student his age," said Katy Bowman, communications and marketing writer for the Johns Hopkins Center for Talented Youth.

Bowman said more than 18,000 students in grades two through eight tested through the Johns Hopkins Center for Talented Youth’s Talent Search between July 1, 2018, and June 30, 2019. More than 2,100 students from this group who scored in the top 12 percent on their test were invited to attend a ceremony Nov. 23, 2019, at Johns Hopkins University. Aaron was among that group.

The Johns Hopkins Center for Talented Youth uses above-grade-level testing to identify advanced students from around the world and provide a clear picture of their academic abilities.

"There are lots of talented kids in town. He is just one of them," said Aaron's father, Wayne Huang. "We also need to give credit to the Russian School of Mathematics in Andover where Aaron studied math after school with teacher Olga Gornovaya."

The students tested by the Johns Hopkins Center represented all 50 states and more than 80 countries. The center said Aaron's test scores show he is among the brightest students in the world.

"On average, I spend about one hour a day doing math on normal school days, and about two hours a day during the breaks,'' Aaron said. "I actually spend more time on playing sports.''

But math motivates him the most and keeps him hungry to learn more.

"The most interesting thing about math is there is always more math you can learn,'' he said.

His college goal is to attend Massachusetts Institute of Technology. There is an emotional side to that goal as well as a math side.

"Not only is it one of the best schools in the world, but also I grew up on the MIT campus when my mother studied for her PhD there,'' Aaron said. "I feel connected.''

Aaron's mom is Yihui Qiu. The Huangs have lived in Andover for more than 10 years and also have a daughter, Alice, who is 4 years old.