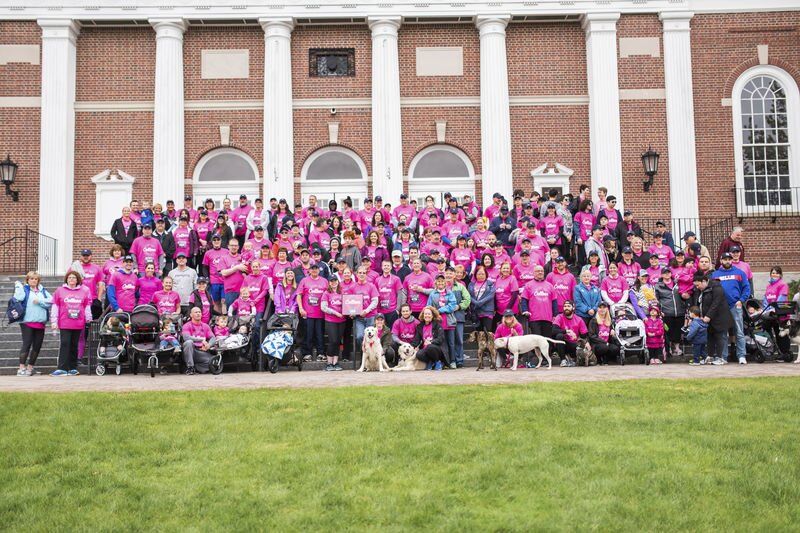 Photo by Brit Perkins PhotographyBrian Feeney lead the Century Bank team of over 300 runners at the 2019 Step Up for Colleen 5k last year. 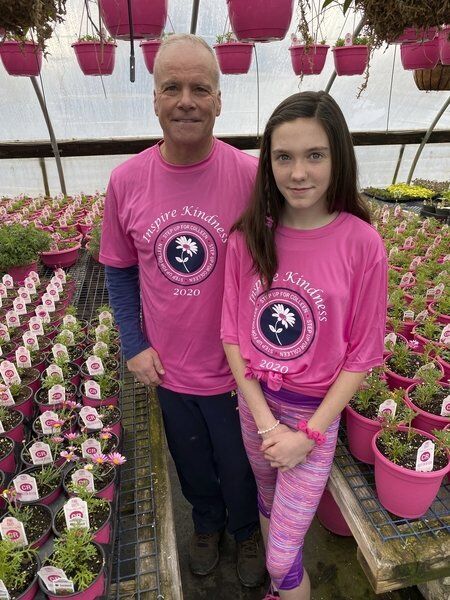 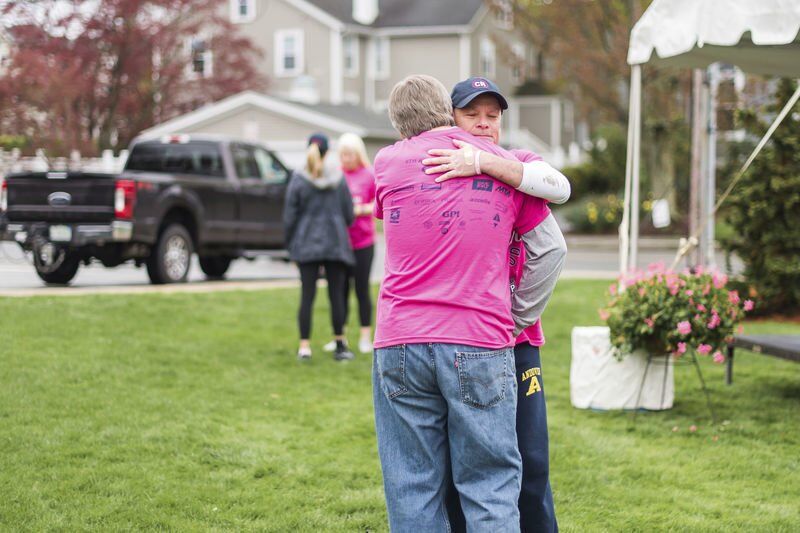 Photo by Brit Perkins PhotographyBrian Feeney, who is facing the camera, is hugging Tom Ritzer, the father of Colleen Ritzer, at the 2019 Step Up for Colleen 5K in 2019.

Photo by Brit Perkins PhotographyBrian Feeney lead the Century Bank team of over 300 runners at the 2019 Step Up for Colleen 5k last year.

Photo by Brit Perkins PhotographyBrian Feeney, who is facing the camera, is hugging Tom Ritzer, the father of Colleen Ritzer, at the 2019 Step Up for Colleen 5K in 2019.

Sandi Feeney knows it's going to be harder to traverse downtown without her husband, Brian Feeney, 60, who died unexpectedly Nov. 12.

"Walking around they knew me because they knew Brian. I will miss that," Sandi said. "We were always stopping and talking with people. Everybody stopped to chat with him."

As a lifelong resident of Andover, Brian Feeney was an active community member — a coach, a key volunteer for the Step Up for Colleen 5K, a vice president at Century Bank, a gentleman who was at the ready when asked to help with a cause, and an overall family man.

When they moved from their Shawsheen residence to downtown 11 years ago, his profile in the community increased as he greeted neighbors and others. The couple's home on Summer Street often drew attention from passersby who were interested in the statue of a dog they put up in memory of their first boxer, Dublin, which would be dressed for the latest Boston or Andover sports game.

“He loved that dog and he loved the reaction of children," said his son, Dwight Feeney.

Brian was a family man who adored his wife, three children, and six grandchildren who called him "Pop," Dwight said. He added that everyone who knew him will remember his kindness, humility and love of family and Boston sports.

"My dad led by example. He left his mark on this earth in so many ways as a dad, a mentor, a coach, a boss," Dwight said. "He always put others above him and was always super humble."

In 1998 Brian coached Dwight's Little League team, the Yankees, to an undefeated season. Now, more than 20 years later, Dwight is hearing from his former teammates about the impact his father had on them.

“It was all about having fun and treating each other with respect and it turned out to be an unbelievable year,” Dwight said.

Similarly, people Brian met in his 30-plus year career at Century Bank reached out to the family, remembering him as "super humble but extremely successful," Dwight said.

He rose through the ranks, joining the bank in 1989 and ending his career as an executive vice president.

For the past few years, Brian was most involved in the Step Up for Colleen 5K. In 2019 he was honored at the Rotary Club of Andover’s annual Citizens Who Care gala for his work with the charity.

Colleen Ritzer was also a lifelong Andover resident and was murdered by a student at Danvers High School. Brian's children were about the same age as Ritzer, who died at age 24 in 2013, so after hearing her story he wanted to get involved, Sandi said.

"He had such a big heart so he took it to heart and wanted to step up and remember her family," she said.

Ritzer race Director Nina Caron was a close friend of Brian's and in the midst of planning the 5K, she reached out to him for help.

"In true Brian fashion he got right back to me," Caron said. "Whatever he did, he did it with an unmatched passion. He was always there behind the scenes ready to lend a helping hand."

He volunteered personally, but also brought Century Bank on board as the lead sponsor of the event.

He created the largest running team with over 300 runners in the 2019 race.

"He was so loved and he (will be) so sorely missed because now more than ever we need those people, those bright shining lights," Caron said.

"He really had so much more to give," Sandi said. "And it obviously would have continued. Unfortunately, his life was taken at a young age. It's who he was and who he grew to be."