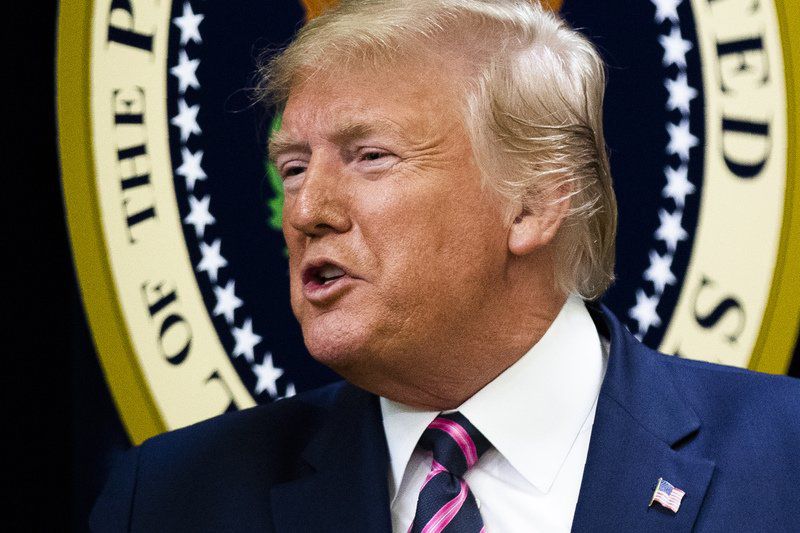 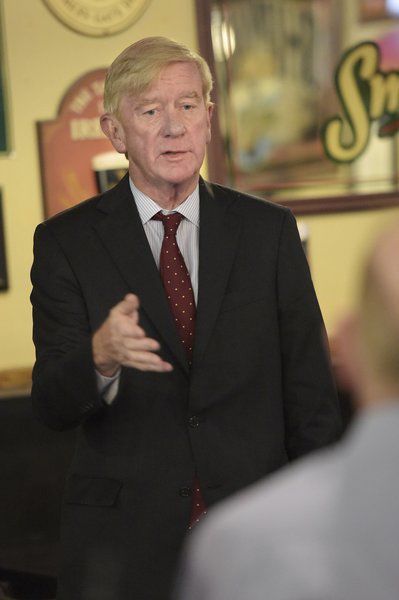 Republican Bill Weld is known as one of the most popular governors in Massachusetts’ history and a political mentor to the state’s current chief executive, Charlie Baker.

But as Weld mounts a long-shot primary challenge to unseat Republican President Donald Trump, the state GOP is snubbing his candidacy.

The party has submitted a list of candidates for the March 3 presidential Republican primary ballot, but there was only one name on it — the incumbent, Donald Trump.

Weld will appear on the Super Tuesday ballot in Massachusetts, but only because Secretary of State Bill Galvin, a Democrat, added his name.

State law allows the state’s top election official to unilaterally put a candidate on the primary ballot if they have determined the candidate to be “generally advocated or recognized in national news media.”

Massachusetts GOP Chairman Jim Lyons justified the decision to exclude Weld’s name from the list as a procedural move that was grounded in recent history.

“Having a sitting president as the only name on the potential candidate list is not unprecedented, and is in fact, an established procedure,” Lyons said.

Weld, 73, of Canton is barely known nationally, but well respected among veterans in the GOP establishment, and he has been highly critical of Trump’s presidency.

The former governor has called for Trump to be removed from office, a position that puts him at odds with Lyons, who has called the impeachment proceedings a “circus.”

Weld said the effort to keep him off he ballot in his home state is part of a national strategy by the Trump campaign to crush potential challengers.

“All across the country, Donald Trump and his operatives are going to great lengths to silence other Republicans and independents, and to hide from those who might challenge him,'' Weld said in a prepared statement. That won’t happen in Massachusetts, and I am excited to give our home state a real choice in the Republican primary.''

The party’s public rebuke of Weld is also irking members of the state’s GOP establishment.

Mike Hanson, a Republican who served as the state’s banking commissioner under Weld, said the party’s apparent efforts to block Weld and other challengers is “outrageous.”

“I think the party is making an enormous mistake,” Hanson said. “Regardless of who you support, the whole purpose of the party is to hold a primary in which the voters have an opportunity to choose their nominee.”

Kevin Martin, an Ipswich Republican and Weld supporter, said the party’s decision to bypass challengers moves it further away from its “big tent” platform of inclusion.

“As Republicans we need to cast a wide net,” he said. “If we expunge people who are talking about where they want the party to go, we’re shrinking the tent, which is unfortunate.”

To be sure, the GOP’s leadership made it pretty clear from the outset that they wouldn’t be backing Weld’s bid for the White House. When he first declared his intention in February to challenge Trump, the state GOP issued a terse rebuke and compared Weld to the infamous traitor Benedict Arnold.

“Weld is the same ex-Republican who deserted Massachusetts for New York; who endorsed President Barack Obama over Sen. John McCain for president; who renounced the GOP for the Libertarian Party; who ran against the Trump-Pence Republican ticket in 2016 while cozying up to Democrat Hillary Clinton,” Lyons said in the February statement.

Of course, it’s also not the first time the party has sought to sideline challengers of popular incumbents.

When Baker ran for re-election as governor last year, the state GOP was criticized for backing his candidacy ahead of the primary and ignoring challenger Scott Lively.

Weld’s challenge to Trump marks the first time an incumbent president since George H.W. Bush in 1992 will face a notable primary contender in the state.

Weld was first elected governor in 1990 after defeating a conservative Democratic candidate, and he’s been called one of Massachusetts’ most popular governors in recent history.

He ran on the Libertarian Party ticket in 2016 with former New Mexico Gov. Gary Johnson, receiving about 4.5 million votes, or a little more than 3% of the national popular vote.

Weld also was the party’s nominee for U.S. Senate in 1996 when he mounted a campaign to unseat then-incumbent Democratic Sen. John Kerry.

Baker, who worked under Weld in the 1990s and has described the former governor as his political mentor, has largely stayed out of the fray over his candidacy.

Like Weld, Baker is a fiscal conservative with liberal positions on abortion rights and gay marriage. He isn’t a fan of Trump but hasn’t backed Weld’s candidacy either.

While Trump’s overall approval ratings have been poor for much of his presidency, he remains popular with Republican voters, even in Massachusetts.

Trump won the crowded Massachusetts GOP presidential primary in 2016, but he lost by a large margin to Democrat Hillary Clinton in the general election.

In 2020, he also faces a primary challenge from former Illinois congressman Joe Walsh, a conservative radio show host who has called the president “unfit” to serve another term.

Political observers say even if Weld is unlikely to deprive Trump of the nomination, the GOP’s efforts to keep him off the ballot in Massachusetts and elsewhere are unprecedented.

“It’s a personal slap in the face for Weld, which is surprising considering how popular he was as governor,” said Erin O’Brien, chairwoman of the political science department at the University of Massachusetts at Boston.

“But the bigger concern is a political party that sets up rules to get on the ballot and refuses to honor them because they’re afraid of a candidate,” she said. “That’s frightening.”