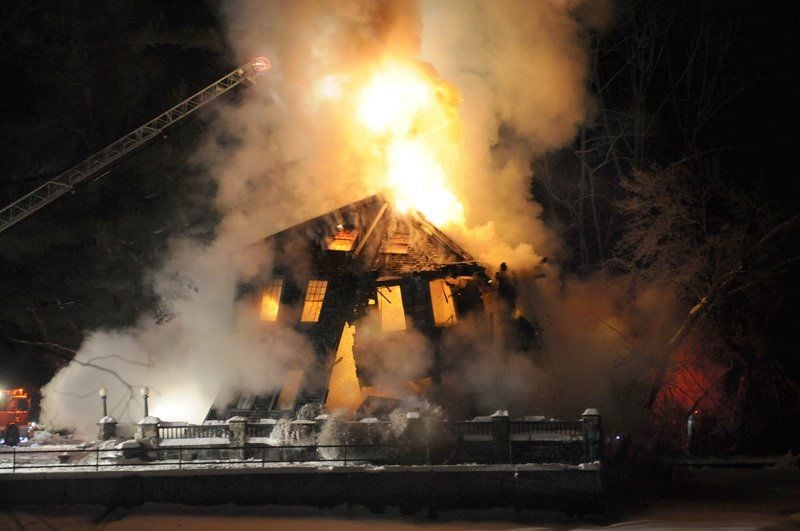 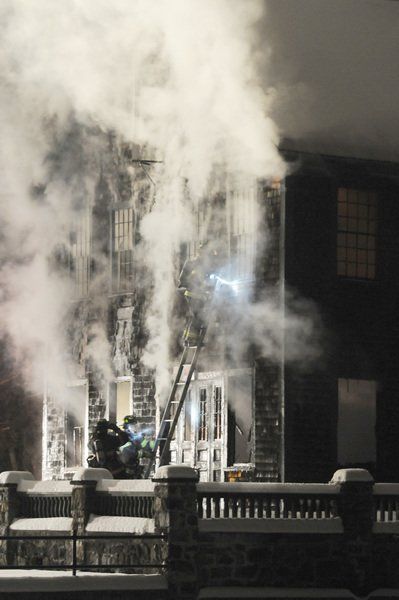 A casino is being built in the Merrimack Valley.

But it won’t have slot machines or blackjack tables, like the one proposed in Tewksbury last year. In fact, there won’t be any gambling at all in this Casino, a building that was once the entertainment hub for the Wood family at its estate off North Main Street in Andover.

The historic structure on the 63-acre Wood estate — or Arden as it is known — is being rebuilt after a devastating fire nearly leveled the building in early February.

The cause of the fire, deemed “suspicious” at the time, remains under investigation, according to Fire Chief Michael Mansfield.

The building located at 276 North Main St. was so badly damaged as a result of the blaze that the town ordered the structure to be demolished as a safety measure, Mansfield said. The demolition occurred earlier this year and now the owner of the property, Rosalyn Wood, is in the process of building a facsimile of the historic Casino, as it was called.

The Conservation Commission “permitted them (the Wood estate) to build an exact replica” of the old building, conservation agent Bob Douglas said.

It is located in the same spot — on the bank of a pond on the property. But because it will be sited closer than what’s allowed under the 50-foot buffer zone, ConCom approval was needed.

Building Inspector Chris Clemente said no permits have been pulled for the re-build, but he understood the goal is to “conceptually build in-kind from the original structure.”

Tom Childs, a local builder who has done a lot of the historic preservation work on the Wood estate, said the building will “look the same” as the original structure.

“It will have the same shingles, windows, doors and roof shingles,” he said. “We are going from photos from before it burned down to get accuracy. It will be as close to a replica as we can make it.”

The project is consistent with other buildings on the property that have been replicated, Childs said.

A barn at the back of the property was built as an exact replica to the one that was there 100 years ago, Childs said. Old photos were also used to create as close a match as possible.

That project, which is nearing completion, will be used by Wood as a private office as well as for storage of items from the property.

Wood said Monday that the barn project was delayed when excavators installing the foundation uncovered an old dump that had been used by the property’s previous occupants.

She said they found old milk bottles that date to when the property was a dairy farm owned by the Dove family. They also found old license plates and a sink.

“That place had been used as a dump,” she said. Most of the material that was found was carted away in Dumpsters, she said, although some of the keepsakes will be displayed in the newly rebuilt barn.

As for the Casino, she said that while the exterior of the building will look the same, the interior will be slightly altered to make way for advancements in technology such as heating and electrical service. But the stage that was in the old Casino, used by the Woods for entertainment during parties and other events, is included in the plans.

She noted that the original building did have a previous life — as part of Frye Village — before it was moved to its present location.

In 1833, a blacksmith shop was built near the intersection of Routes 28 and 133 in a small enclave known then as Frye Village. Later, the shop was expanded into a wagon-building factory. It was during this era that the building came to be a stop on the Underground Railroad. Runaway slaves would be hidden in the false bottoms of the wagons and taken to New Hampshire, bringing them one step closer to freedom, according to Don Robb, a local historian.

When American Woolen magnate William Wood purchased the land and buildings of Frye Village, he renamed it Shawsheen Village and constructed housing for middle- and upper-management of his global textile manufacturing firm.

In the process, he moved the wagon factory to his estate on the other side of Route 28/North Main Street, where it served as the entertainment hub for generations of the Wood family.

Rosalyn Wood, who now lives in the main house on the property, said she hoped the reconstruction will begin by next month.

She said that while nobody has been arrested in connection with the fire, there was a “person of interest” who had been seen walking quickly away from the property the night of the blaze.

Earlier, he had been seen peering in the windows of another building on the property. Someone else from town said they had encountered the same man earlier in the day and that he had been asking for a ride to Lynn.

“He was last seen walking toward Lawrence pretty fast,” Wood said, adding that the old Casino hadn’t been occupied in years. Furthermore, there were no utilities on inside the building. She surmised that the fire could have been started either inside or outside.

Firefighting efforts, she said, were hampered because a hydrant on the property was not working. She said it had not been properly maintained by the town.

Instead, firefighters had to tie into a hydrant on North Main Street and then use a pumper truck to bring water up the long driveway to the scene.

She said the building, once it’s rebuilt, will be used for private functions, but will still be called the Casino.