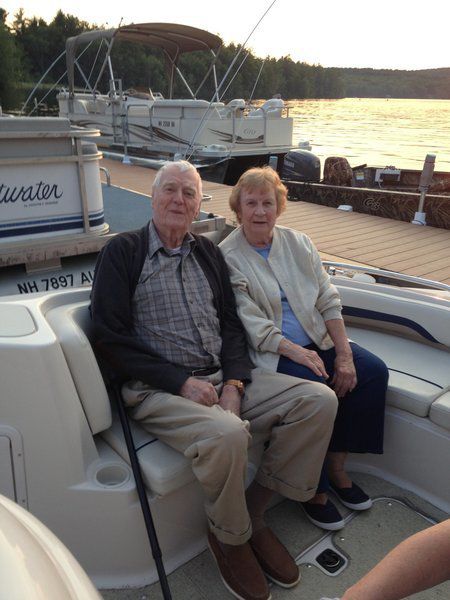 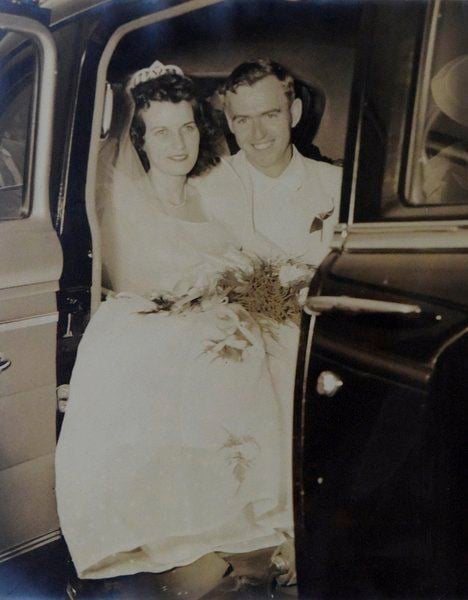 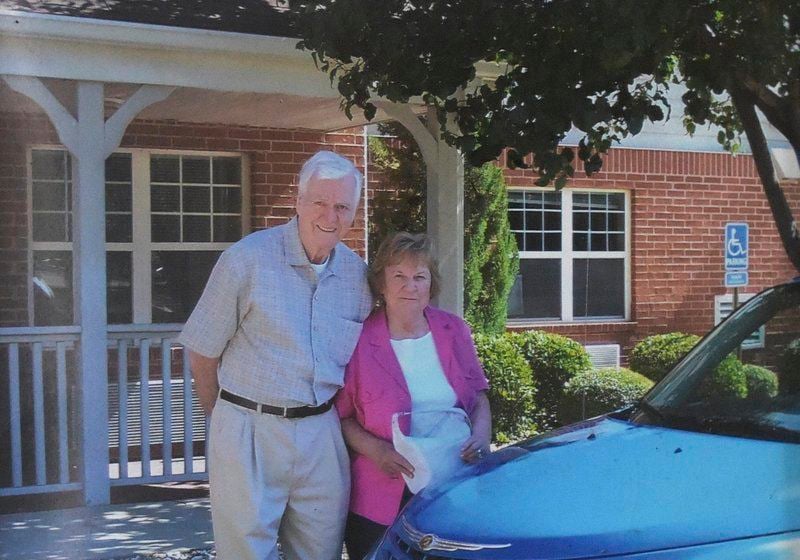 TIM JEAN/Staff photo. Robert, now 96, and Edith, now 90, Buchanan, of Andover, are pictured a few years back. They both became infected with COVID-19 in the spring. He was at Mary Immaculate Health Care Services in Lawrence, where he is cared for. She was admitted to Holy Family Hospital in Methuen. Despite their advanced ages they both recovered and recently had an outdoor visit following their 69th wedding anniversary. 7/1/20 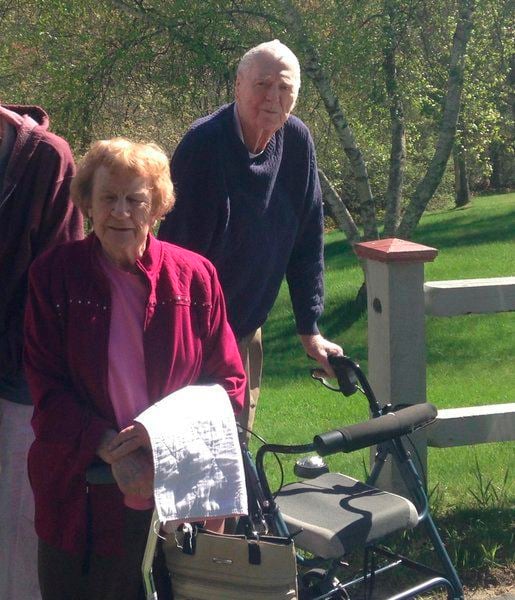 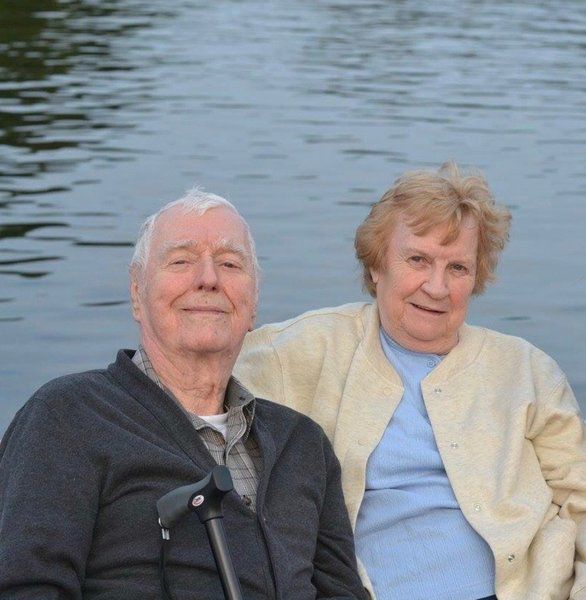 TIM JEAN/Staff photo. Robert, now 96, and Edith, now 90, Buchanan, of Andover, are pictured a few years back. They both became infected with COVID-19 in the spring. He was at Mary Immaculate Health Care Services in Lawrence, where he is cared for. She was admitted to Holy Family Hospital in Methuen. Despite their advanced ages they both recovered and recently had an outdoor visit following their 69th wedding anniversary. 7/1/20

The attractive secretary captured Robert Buchanan's attention all those years ago.

Working in the tower at the Harbor Air Field in Baltimore, Buchanan saw the young woman every day as she left the flight school and walked to a restaurant on site for lunch.

After a first date New Years Eve and an engagement the following Christmas, Robert and Edith Buchanan married June 9, 1951.

Robert is 96, Edith 90. They were able to see each other this past week at Mary Immaculate Health Care Services in Lawrence for an outdoor visit for the first time in months.

An Army veteran and retired US Air pilot, Robert is cared for at Mary Immaculate. Meanwhile Edith, a longtime hostess at Kitty's restaurant in North Reading, has managed to live at home in Andover with help from family.

She was released from Holy Family Hospital in Methuen following being admitted for coronavirus. After some rehabilitation she has returned home.

"It's just unbelievable. It's just amazing they both recovered," said Jeanine Labrecque, 60, of her parents.

"I was a wreck. I found out first that my Dad was sick and then my Mom was getting sick and everything just snowballed," said Labrecque, who lives in Methuen.

"I had definitely prepared for the worst. I made a call to a funeral director," she added.

COVID-19 can cause mild symptoms in healthy adults but is deadly to older people, especially those with pre-existing conditions.

Robert's condition is frail, Labrecque said. Her mother has some minor health issues and at the start of the pandemic sought treatment. Somewhere along the line, she also became infected.

Both were sick for months, Labrecque said.

Edith had high fevers, lost her sense of smell and taste, and developed pneumonia. At Holy Family Hospital she was never placed on a ventilator, as many COVID-19 patients are, but did need oxygen.

"She raved about her care there," Labrecque said of Holy Family.

On Monday, she was happy to take her mother to see her father for the outdoor visit at Mary Immaculate.

"She hadn't seen him in four months," Labrecque said. "They are tough. They are both very tough."

While in better health, Labrecque said her parents enjoyed celebrating special occasions by taking trips to Foxwoods Casino in Connecticut.

"They like to go and get a room there. That was a big thing for them," she said.

Her father, an avid hunter and fisherman, likes Sam Adams beer, oysters and good food, while her mother enjoys baking, cooking, shopping and looking at photos of her great-grandchildren.

"They make her day when she talks with them or sees videos or photos," Labrecque said.

She said her father was a Shriner in the Wilmington chapter and played tuba in the group's band.

"He would go to parades and events. ... He practiced every day and loved it," she said, noting he didn't stop playing until his late 80s.

Grateful her parents recovered, Labrecque said the past several months were difficult due to the no-visitation policies put in place during the pandemic.

She stresses people should not become complacent about the coronavirus. And, she said, she was pleased to share her parents' story of hope.

"There is so much negativity and so much bad news. It's nice for everyone to hear a good story," Labrecque said.