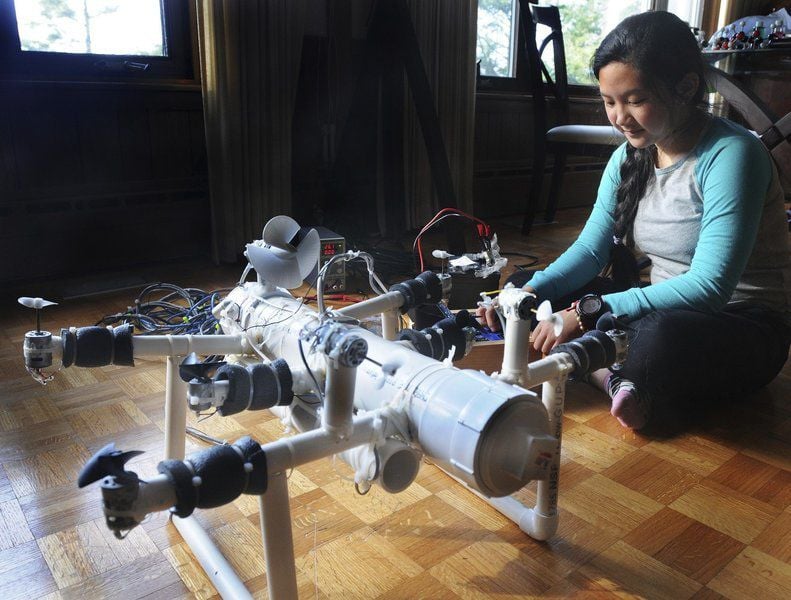 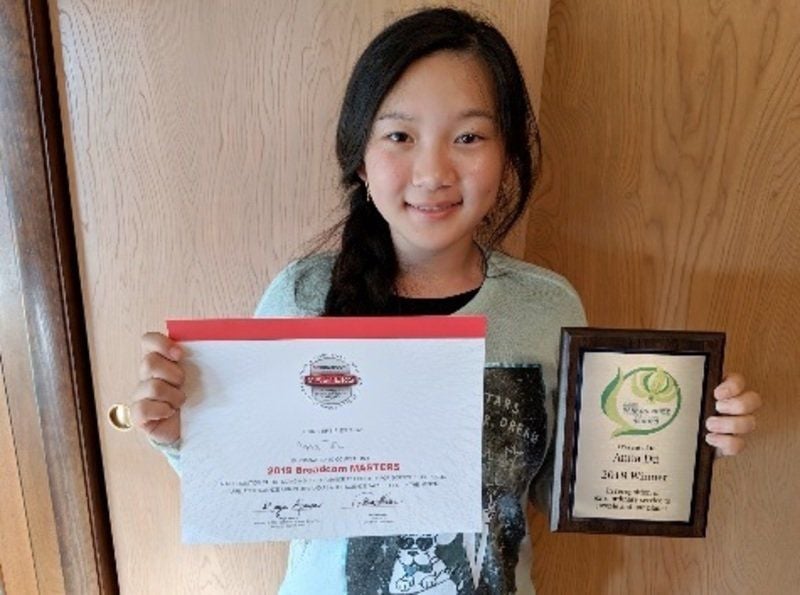 Anna Du is at it again.

The 13-year-old Andover student will once again compete in the 2019 national Broadcom MASTERS competition, a premier science and engineering competition for middle school students.

Anna was also announced as one of the winners of the Gloria Barron Prize for Young Heroes. Each year, the award celebrates inspiring, public-spirited young people from diverse backgrounds around the country.

Anna is one of 25 winners of the young heroes prize. They range in age from 8 to 18. Anna was recognized for her work toward protecting the planet.

Anna, an eighth-grader at Andover School of Montessori, was one of the top 30 finalists in the 2018 Broadcom MASTERS. She also won the grand prize in the 2019 Massachusetts Middle School Science and Engineering Fair.

Anna's path to success started with a simple love for the ocean and the beach, as well as a video she watched at school about how plastics damage the environment.

Anna paired together her passions and her concerns about the environment, and built an underwater ROV (remotely operated vehicle) that uses infrared LED lights of varying wavelengths to separate micro-plastics from other particles. The ROV is aimed at determining where plastics are located in the ocean, making the cleanup process easier and more efficient.