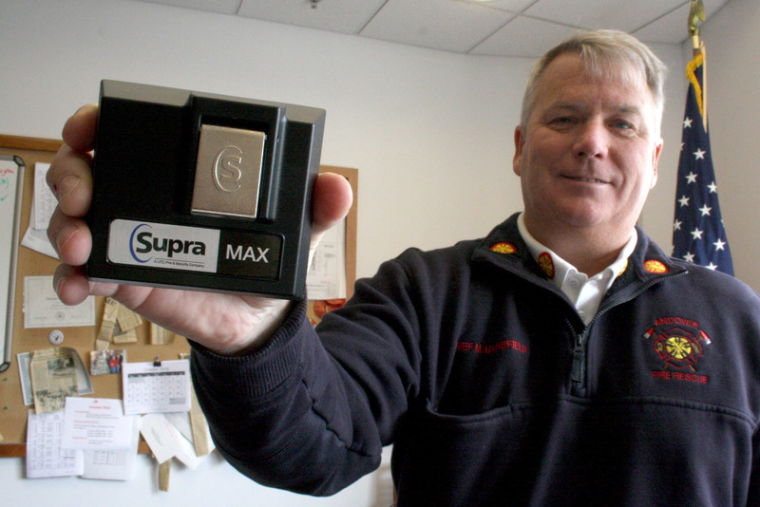 Fire Chief Mike Mansfield shows off one of the Supra Max lock boxes being issued to the elderly and other residents to allow the Fire Rescue Department access to their homes during emergencies. 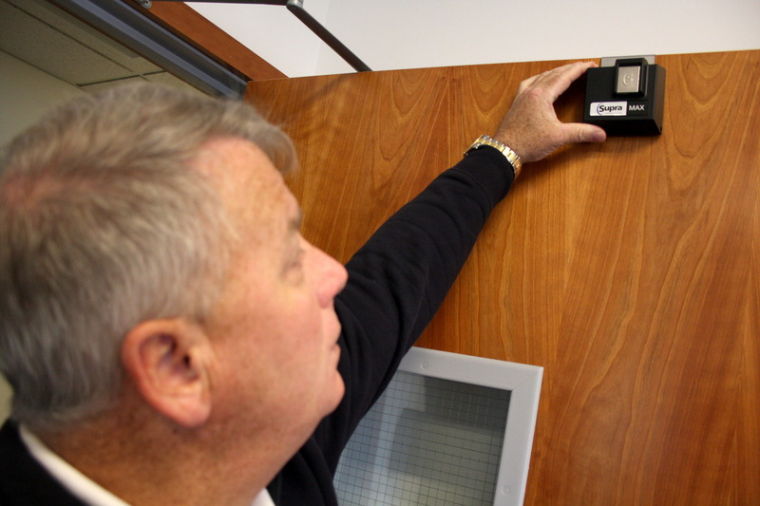 Fire Chief Mike Mansfield demonstrates how a lock box ca be affixed to the front of a home or, as seen here, hung on the top of a door. 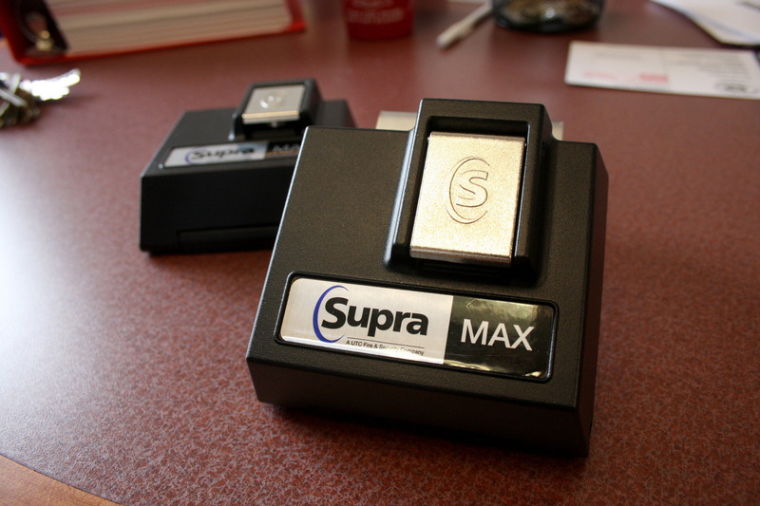 Fire Chief Mike Mansfield shows off one of the Supra Max lock boxes being issued to the elderly and other residents to allow the Fire Rescue Department access to their homes during emergencies.

Fire Chief Mike Mansfield demonstrates how a lock box ca be affixed to the front of a home or, as seen here, hung on the top of a door.

Want to stash a key on your property that only fire rescue personnel can access in the event of an emergency?

There’s an app for that. Literally.

The town’s Fire Rescue Department is taking and fulfilling applications for a new tool built to expedite emergency response at locked or secured homes in town — a lock box.

Fire Chief Mike Mansfield said town rescue personnel receive around 4,200 medical calls a year, Out of those calls, two or three dozen require responders to damage a home in order to get in and carry out what brought them to the scene. This includes breaking down doors or cutting and smashing windows, according to Mansfield.

The Supra MAX lock box can circumvent that damage altogether.

Built like a bank safe, the box is designed to anchor on the front of a home or attach to a door and hold a house key. But it is only accessible using a key cut for a specific group or entity, Mansfield said.

In this case, the town’s Fire Rescue Department issues the secure boxes and controls the key to open them, he said.

“The locks are keyed specifically to Andover, so there are no other duplicate keys out there that can open the box,” Mansfield said.

Back at headquarters, if emergency crews are being sent to a home with a lock box, a prompt will appear on the screen telling dispatchers where the box is located, Mansfield said.

The department purchased around 70 of the boxes using a $5,000 grant from the Andover Commission on Disabilities, according to Mansfield.

While those are being distributed on a first-come, first-serve basis partially guided by medical need, residents can also purchase a box of their own for around $70, Mansfield said.

While boxes could be pried off of or removed from a home by someone with more devious intentions, Mansfield said not much else will happen from there due to the box’s construction.

“The material is made similarly to what a safe is made out of. It’s all tempered steel, very durable,” Mansfield said. Should one fall into the wrong hands, “they’re going to have a heck of a time trying to get into the darn thing.”

For two decades, industrial and commercial buildings throughout town have used similar technology due to a National Fire Protection mandate, according to Mansfield. With the hundreds already in use throughout town, such a problem of tampering has never been reported, Mansfield said.

Kathy Urquhart, who oversees elderly programming and services throughout town as the director of the Center at Punchard, said the lock box offering is “a wonderful program.”

“It’s something we’ve been hoping could be implemented for a long time,” she said. “There are a lot of people who live alone or, if they don’t live alone, they’re home alone a lot. They might have a call button, but as the advertisement says, if they’ve fallen and they can’t get up, once they get the call out, they can’t get to the door to let (responders) in.”

In many cases, that could prove to be a huge issue — the kind that might leave responders damaging doors and windows, Mansfield said.

“We’ve had people experience slips, trips or falls where they’ve fallen and hit the corner of a counter, something sharp where it has lacerated their head or arm and they’re bleeding pretty badly,” Mansfield said. “Certainly, having a box like this affixed to the residence gives us that expeditious access into the home.”

Residents interested in a lock box can submit an application during regular business hours at the Public Safety Center, 32 North Main St. Application forms are also available online at www.andoverps.net.