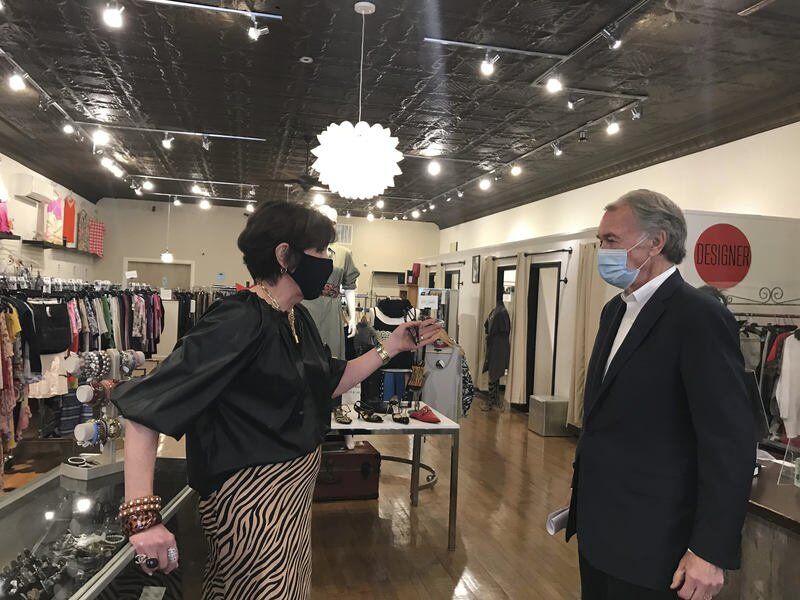 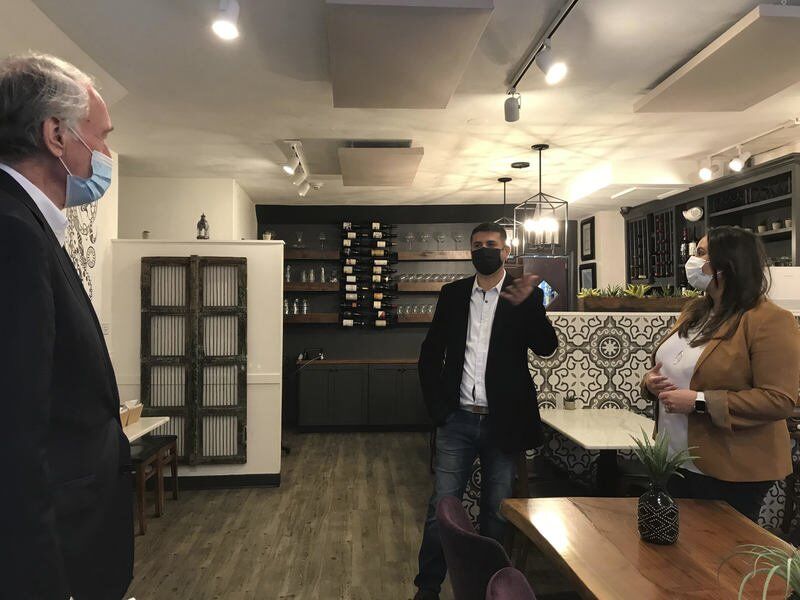 First it was the gas disaster. Then came the pandemic.

Across the Merrimack Valley, business owners have been accessing government programs to help them stay afloat during multiple crises over the past few years that have been no fault of their own.

U.S. Sen. Ed Markey, D-Mass., was in Andover last Thursday, encouraging local business owners to keep taking advantage of those programs to help them get through the pandemic.

May Doherty, owner of Chic Consignment in Andover, was one of the 696 Andover business owners to receive a Payment Protection Program (PPP) loan last spring. Of those loans the vast majority — 578 — were for less than $150,000 and went to small businesses. The remaining 118 went to larger business, according to the PPP Loan Database.

"It's like a life raft to help people get through a crisis that they did not create, that they are not responsible for and to make sure they are viable at the end of this pandemic," Markey said.

Doherty agreed it was much-needed aid because she possibly would have gone deeper into personal debt without the nearly $90,000 she received between both rounds of loans — one last spring and another this past winter.

"It was a godsend because I couldn't afford to staff the positions that would bring in money," Doherty said.

Before the pandemic struck she had 13 employees, then she cut her staff to just two as they were strategizing a way to adapt without having their retail store open to the public. Because it's a consignment store everything is one of a kind, which makes online ordering harder.

So, instead she turned to Facebook and Instagram live shopping events three times a week, which have helped her sell

Doherty now employs 16 staff members, having grown her marketing team because of the online shopping demand. This March was her best month since 2019, she said.

She is optimistically looking towards the future where she keeps her live shopping events because people as far away as Texas and California can now purchase from her Andover store.

Nationally $521 billion was distributed to businesses last spring to mostly cover payroll costs, with some allowed for mortgage interest, rent and utilities. Loans are forgivable if a business keeps its workers on the payroll, at the same salary.

Nearly 1,000 businesses, sole proprietors and nonprofit groups in the Merrimack Valley and southern New Hampshire were granted loans of over $150,000, according to data released by the SBA last summer. More than 5,000 loans were issued for amounts under $150,000.

Currently there is a second round of PPP loans being distributed by the Small Business Association, and the application deadline is on May 31.

A third round of loans specifically for bars and restaurants was recently approved in the latest stimulus package and will soon be rolled out.

Markey stopped by Yella Grille in Andover, who also received PPP loans the first two rounds. The owners, Danielle and Carlo Berdahn, were unsure if they would seek the third round specifically for restaurants.

"One of the challenges small businesses in general is so often you are working in your business, so it's hard to work on your business," Danielle said. "It's really hard to navigate those programs and understand what you qualify for."

Markey encouraged the Berdahns and others to apply for the loans, adding his staff and other local legislators' offices can help business owners through the process.

"Contact my office or the Massachusetts SBA so you can have that administrative burden taken off," Markey said. "You should apply so you can make it safely to the other end of this."

The two loans the Berdahns received were "a tremendous help to us because we couldn't have handled another crisis like that," Danielle said.

"It's not just about 'oh give us the money and we'll shut our doors,'" she said, explaining the pivot to takeout. She and other business owners had to invest in their businesses to be able to pivot.

The first loan helped her hire a local graphic designer to make their logo for take-out containers, she said.

The second loan is particularly helping them sustain their business during the harder months of winter, where they didn't have to lay any staff off, she said. The application for Yella's outdoor seating is being verified by the town, Danielle said, which when approved will help them gain back some of what they lost.

Andover is starting to open up its outdoor seating, and the department of public works has been placing road barriers for restaurants to expand their seating into the street. More will open in the next few weeks.