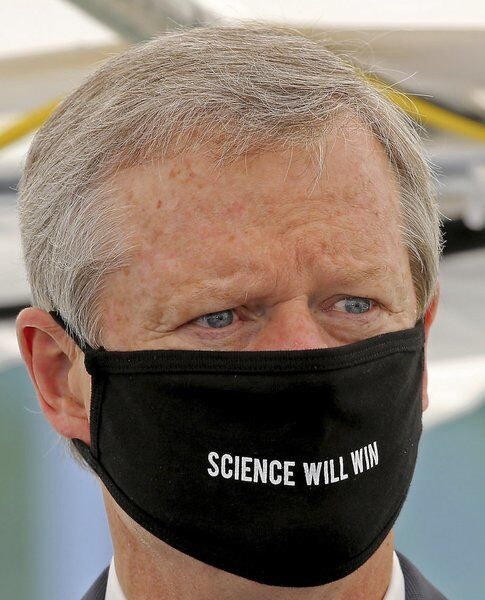 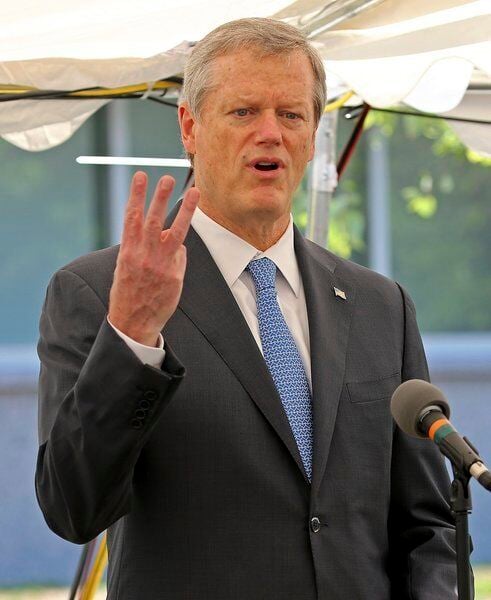 Courtesy pool photo By Stuart Cahill/MediaNews Group/Boston HeraldGov. Charlie Baker speaks during a press conference at the Pfizer company in Andover on Thursday.

Courtesy pool photo By Stuart Cahill/MediaNews Group/Boston HeraldGov. Charlie Baker speaks during a press conference at the Pfizer company in Andover on Thursday.

Joined by Gov. Charlie Baker at a press conference last week, executives at the Pfizer company in Andover said they hope to have a COVID-19 vaccine ready by the end of the year.

They said they will seek federal regulatory approval for the vaccine as early as the fall, making it possible the vaccine will be ready by year's end.

Pfizer, a giant in the pharmaceutical industry, has been working on a vaccine since the pandemic hit Massachusetts in March.

“We hope to file as early as October for some kind of authorization,” Dr. Meg Ruesch, Pfizer’s vice president of Worldwide Research & Development, said at the press conference. “That will be dependent on the rigorous review by the FDA and the clinical data itself, so we are hoping to have this vaccine ready by the end of the year.”

In March, Pfizer joined forces with BioNTech, a company based in Germany, to begin work on a vaccine. The companies have been working together on four different versions of a vaccine, with a goal of mass producing the most effective one.

A substance known as mRNA being used in the vaccine is a genetic material that causes human cells to make different proteins, company officials said.

“This mRNA vaccine introduces into the body the genetic instructions for the cell to make a specific protein, in this case, a SARS-CoV-2, which is intended to stimulate an immune response,'' Ruesch said during the press conference at Pfizer’s Andover site on Burtt Road. "We make that mRNA right here in Andover,”

The Associated Press reported that earlier this month, the Trump administration announced it will pay Pfizer nearly $2 billion to deliver 100 million doses of the company's vaccine.

It's part of President Trump’s vaccine program under which multiple COVID-19 vaccines from five different companies are being developed simultaneously, the Associated Press reported.

Pfizer has been developing the vaccine with its own money and still has yet to attain federal regulatory approval, which is essential to get the vaccine on the market.

Ruesch said Pfizer has decided to increase work on the most effective vaccine the company developed.

“Just this week, we announced the start of a large phase two/three safety and efficacy trial with our lead COVID-19 investigational vaccine candidate,” Ruesch said at last Thursday's press conference. “We have the potential, subject to technical success and regulatory authorization, to manufacture up to 100 million vaccine doses by the end of this year.”

As for whether the vaccine is being rushed in order to obtain billions of dollars the federal government has set aside for Pfizer, Ruesch said that’s out of the question.

“We do not compromise quality,'' he said. "We are very experienced in working in the production of high-quality vaccines and biotherapeutics. We don’t cut any quality corners.''

During the press conference, Baker talked about the numbers of virus victims in Massachusetts, which he indicated have improved, but still must get better.

“The three-day average number of patients hospitalized has been down by 90 percent since the middle of April,” he said. “Currently only two hospitals are using search capacity and that’s not for COVID.”

Baker said clusters of cases that have arisen in the state recently are largely from “private recreational activity and behavior.” He explained that while the current state guidelines stipulate that only 100 people can gather together outdoors and 25 inside, the problem isn’t the size of gatherings, but the disregard some people have for the severity of the pandemic.

“The bigger issue is not necessarily the size of these gatherings, especially the private ones that are going on in backyards and things like that,'' the governor said. "The bigger issue is, honestly, the behavior generally at those (gatherings) which is not socially distanced, no masks and, in some respects, a lack of respect for how this virus works.''