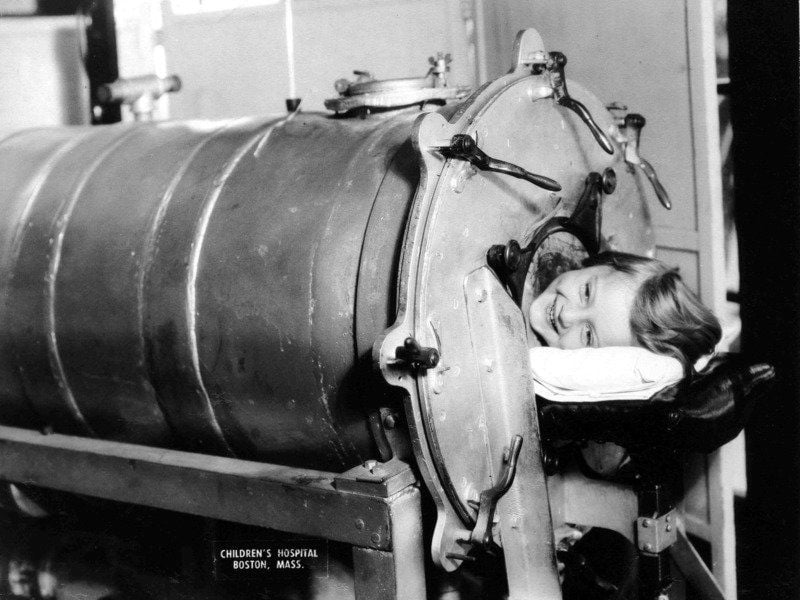 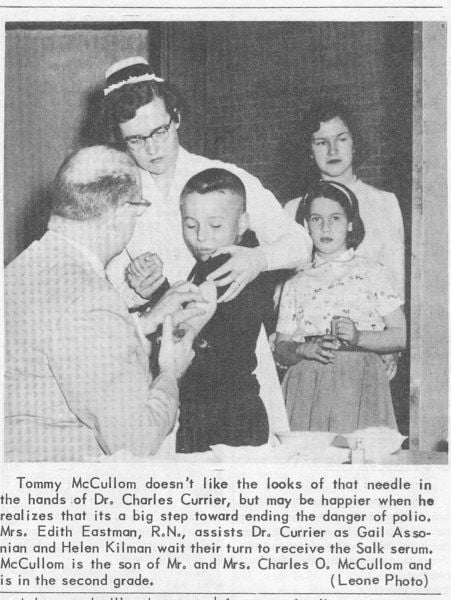 My name is poliomyelitis

I cause a disease which you call infantile paralysis

I consider myself quite an artist – sort of a sculptor

I specialize in the grotesque, twisting and deforming human bodies

That’s why I’m called “The Crippler”

It was an invisible enemy. No one knew where it came from or why it only haunted the warm summer months. It struck with little or no warning. For some, the symptoms were exhaustion, a slight cold coming on, a hint of muscle stiffness – symptoms that often vanished as quickly as they came. For all too many others, polio took on a dark, permanent, and life-altering grip.

Poliomyelitis has plagued mankind for thousands of years, as far back as ancient Egypt. Outbreaks were recorded in Norway in 1868 and again in Sweden in 1881. One of the earliest recorded outbreaks in North America occurred in Vermont in 1894. It was the 1916 epidemic, however, that cast a shadow of fear. The 27,000 cases of polio reported in 26 states between that June and December resulted in 6,000 deaths – 2,343 were children, 80 percent under the age of five.

The wagons quickly circled. Sunday schools were closed, ferry service curtailed, and travelers were stopped at designated city limits and issued temporary passes. Then, as suddenly as the disease appeared, it waned with the first frost. The summer, however, had been a killer. Here in Andover, the first two cases of polio were diagnosed. From that summer on, not a single year passed without an epidemic.

No one knew how polio spread. Fear and isolation became the watchwords. Frightened parents brought their ailing children to crowded doctors’ offices and overwhelmed hospitals. Public drinking fountains were turned off, swimming pools closed and children were confined to their homes. Events were cancelled, camps and schools  shut down, even draft inductions were suspended. All these measures worked for influenza and other major health outbreaks. They did not work for polio. The outbreaks continued. Andover reported 1,503 cases in 1918 with 25 deaths. In 1927, Andover had 8 cases; 7 in 1935 and none from 1936 to 1940. A town health official commented that “…our percentage is remarkably low…” when compared to statewide and regional statistics.

By the 1950s, the public had been alerted through mass media about what steps to take to avoid polio. Public service announcements aired on radio, television, in newspapers, and in short films played in local movie houses.

In July of 1952, the Andover Townsman urged caution - "Avoid fatigue from work or play; don't get chilled; don't swim too long in cold water nor sit around in wet clothes; don't mix unnecessarily with new groups; don't take children out of camp where there is good health supervision; watch closely for signs of illness . . . headache, fever, sore muscles, stiff neck or back, trouble breathing or swallowing. Put a sick person to bed at once, away from others, and call your doctor. Follow his advice." It was advice passionately followed. Yet in 1952, a record 57,628 cases of polio erupted in the United States marking its worst recorded epidemic. In all, 3,145 people, including 1,873 children, died.

In all, 1.4 million people in the U. S. survived polio. The occurrence of polio has decreased dramatically in the global effort to eradicate the disease. The World Health Organization estimated 350,000 cases in 1988 and just 74 in 2015. Yet the disease continues to haunt its survivors. An estimated 70% have developed post-polio syndrome - a weakness in previously unaffected muscles often accompanied by fatigue, pain and difficulty swallowing and breathing. For those afflicted, The Crippler, remains.