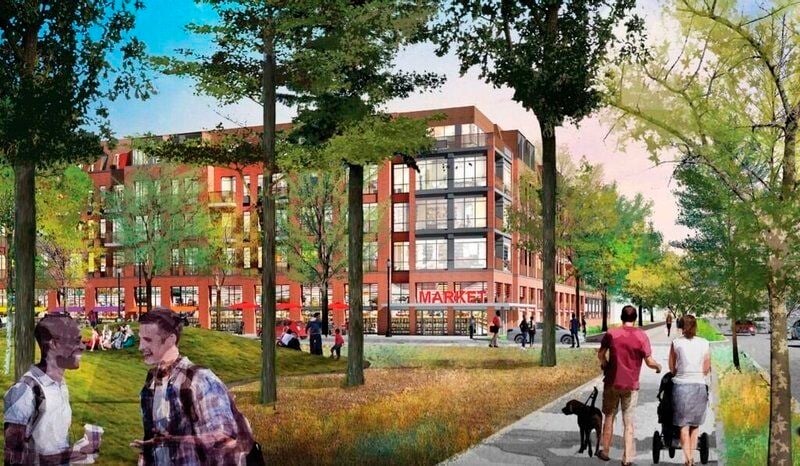 Courtesy Photo/Trinity FinancialThis is a rendering of what the new Royal Crest development may look like. 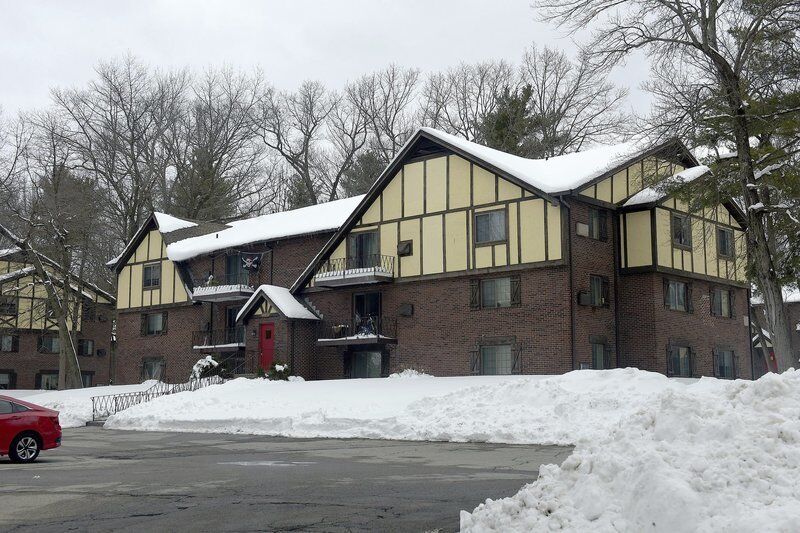 TIM JEAN/Staff photoBuildings in the Royal Crest Estates complex, located on Route 114 in North Andover, sit across from Merrimack College.

Courtesy Photo/Trinity FinancialThis is a rendering of what the new Royal Crest development may look like.

TIM JEAN/Staff photoBuildings in the Royal Crest Estates complex, located on Route 114 in North Andover, sit across from Merrimack College.

Currently owned by Aimco, a real estate trust company, Royal Crest, which sits in North Andover, now has 588 apartments housing residents and boarding students from the college. Aimco is commissioning Trinity Financial to redevelop the 76-acre property, though it is unclear how quickly the project will progress through town requirements and when it will make it before voters.

“We had worked with them (Aimco) on the development of a building in the Bulfinch Triangle in Boston and that was a very successful collaborative effort on behalf of us and them,” said Jim Keefe, a Trinity Financial principal. “They reached out to us to ask us to help them figure out what to do with Royal Crest.”

Royal Crest, located at 50 Royal Crest Drive across from Merrimack College, was constructed in the 1970s. The initial master plan proposed by Trinity is substantially different than what exists and would involve demolishing the apartments.

Among the changes would be the construction of 993 apartments, said Michael Lozano, vice president of development at Trinity Financial. The project would also bring townhouses, three dormitories to accommodate a thousand Merrimack College students separate from the apartment buildings and more than 90 units of affordable housing.

According to the United States Department of Housing and Urban Development, a family in Essex County can qualify for affordable housing if the familial unit makes $103,438 a year or less.

“We are looking to diversify the type of housing that is there,” Lozano said. “There will be senior housing, a number of townhouses that would be mostly for sale ... as well as the apartments and student housing.”

The new apartment buildings would be larger than the existing ones, according to the plan, with retail space on the first floor. Some townhouses would be three stories high, and additional buildings —the boutique hotel in the complex’s center and office buildings — could be four to five stories high. A town green with a café and patio are also included in project renderings.

Trinity initially considered updating the existing buildings, but determined it would be more costly and less efficient than actually starting from scratch.

“We came up with a plan because the buildings are 50 years old. They are tired, need substantial rehabilitation, which we first considered in this process and ruled out because it was going to be so expensive and complex that the feasibility made no sense,” Keefe said.

Traffic would enter the property through two driveways around the green and a third near the office buildings, which are on the far right of the master plan, color-coded as dark purple for offices and light purple for parking.

Residents adjacent to Royal Crest have submitted concerns to the Planning Board about the redevelopment effort, ranging from traffic congestion along Route 114, security and privacy issues resulting from the taller buildings, and concerns about an influx of transients and permanent resident to the area, which may require an increase in size of the school buildings.