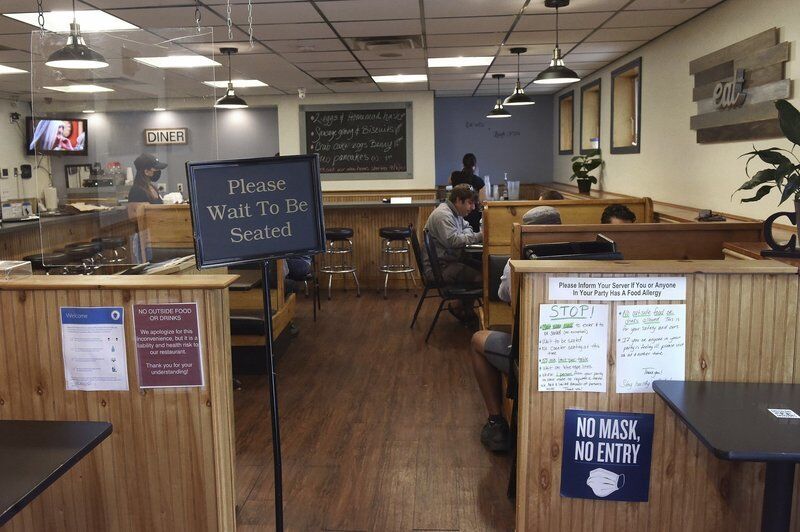 TIM JEAN/Staff photoEli's Place owner Eli Haddad says he feels fortunate his business is doing well after a difficult two years that included the 2018 gas disaster and now the coronavirus pandemic. However, he has been waiting on money he believes he is owed by Columbia Gas as reimbursement, and last week learned it may not be coming. 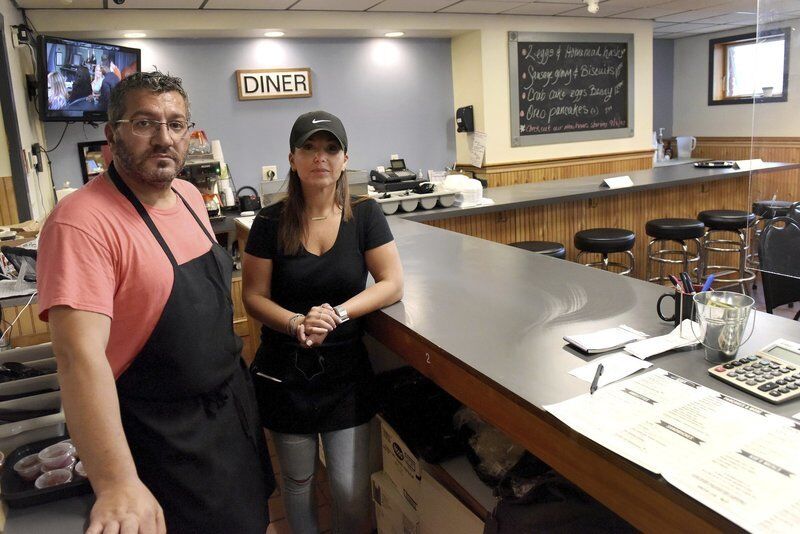 TIM JEAN/Staff photoEli's Place owners Eli Haddad and his wife, Marcia, are disappointed with Columbia Gas two years after the gas disaster impacted their business. They have been waiting on money from the company as reimbursement, but last week learned that money may not be coming at all. 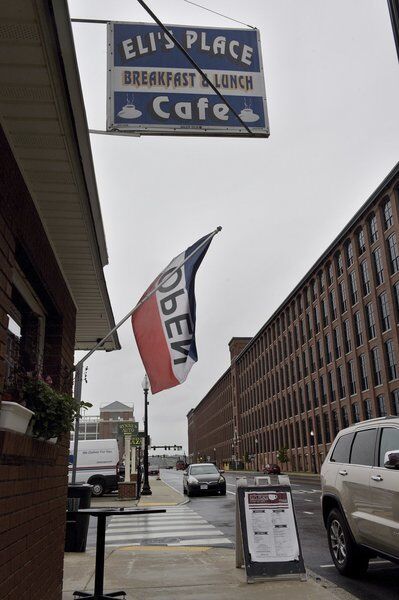 TIM JEAN/Staff photoEli's Place owner Eli Haddad says he feels fortunate his business is doing well after a difficult two years that included the 2018 gas disaster and now the coronavirus pandemic. However, he has been waiting on money he believes he is owed by Columbia Gas as reimbursement, and last week learned it may not be coming.

TIM JEAN/Staff photoEli's Place owners Eli Haddad and his wife, Marcia, are disappointed with Columbia Gas two years after the gas disaster impacted their business. They have been waiting on money from the company as reimbursement, but last week learned that money may not be coming at all.

Eli Haddad, the owner of Eli’s Place, considers his small breakfast and lunch diner among the luckier businesses in Lawrence.

Despite the historic Merrimack Valley gas disaster of 2018, Haddad has unlocked his doors on Merrimack Street six days a week to pour coffee, fry eggs and flip pancakes.

His was among 645 businesses in Lawrence, Andover and North Andover that reported losses or went out of business altogether after the disaster. Those remaining are being challenged yet again, this time by the coronavirus pandemic.

“Things have been hard, no doubt,” said Haddad, who opened his diner 13 years ago.

Still, customers have returned and on a recent Wednesday morning were willing to wait 45 minutes before sliding into a booth. It’s a sentiment that Haddad does not take for granted.

But he’s been anticipating more to help his business — payment from Columbia Gas for pain and suffering that started Sept. 13, 2018.

He learned last week that money may not be coming.

Columbia gas was found responsible for an overpressurized gas line that incited mayhem and fires across the Merrimack Valley on a seemingly average Thursday afternoon. About 50,000 people were forced to evacuate.

A federal judge earlier this year ordered the company to pay a $53 million fine, among other operational penalties. A $143 million class action lawsuit settled separately included thousands of dollars of lump-sum and itemized payments for gas disaster victims.

Among them is a disappointed Haddad.

“I heard that September was the month businesses were supposed to be getting paid for the pain and suffering that came from that day and many days after,” he said. “But then I got a letter in the mail.”

That letter, provided to The Eagle-Tribune, reads that Haddad is “deficient in the amount of $0” after he was reimbursed $3,300 soon after the disaster. But that money was not for his pain and suffering, he said.

“I was told the initial money was for the food that I lost when I had to run out of the building and wasn’t allowed to come back in,” he said.

“I had just gotten a food delivery that day and lost it all. I gave them the receipts. It was a total of $3,300. That has nothing to do with the other loss of business, et cetera, that we went through here.”

His diner was forced to close for 13 days after the disaster — a short stint compared to others — while he awaited inspections and safety approvals.

“We had brand new high pressure lines installed on Merrimack Street the year or so before. All of our meters had new regulators. So that’s why we got lucky,” he said.

Still, for Haddad and so many others who experienced the disaster, the traumatic effects linger, taking a large physical and emotional toll.

“At one point, six weeks or so after I was already given the go-ahead to open up again, I got a call from the police chief saying I had to get down here cause there was another problem,” Haddad said. "I had already closed for the day but I rushed down."

He was told that Columbia Gas workers in the area were conducting pressure testing when they noticed a high reading coming from his basement.

“They tell me that these guys were working too many hours. They forgot to tighten up six fittings, and that’s what caused the high reading,” Haddad said. “I come down here, and there’s a ton of firetrucks and the Fire Department took all of my doors off the hinges to get in.”

Haddad said he turned to Lawrence Mayor Daniel Rivera, a vocal ally for gas disaster victims, after that ordeal. He did so again when he received the recent letter from the Columbia Gas settlement administrator.

“This has become par for the course. We have a steady drumbeat of people saying they haven’t gotten paid anything,” said Rivera. “I was really discouraged to hear what Eli is now being told.”

He explained he has yet to hear of a prior reimbursement disqualifying a business owner from more money through the class action lawsuit.

“The only people who have been paid 100% are the attorneys,” Rivera said. “There are many more people who are waiting to be made whole.”

A Columbia Gas spokesperson said in a statement to The Eagle-Tribune this week, "as required by the court, claims are handled through a settlement claims administrator, not Columbia Gas."

When asked about Haddad's case, the plaintiff's co-lead class counsel John Roddy only explained that the letter Haddad received inadvertently named a deadline to respond.

"We have spoken to the claims administrator (Heffler Claims Group) regarding its August 20, 2020 letter to commercial claimants in which they outline deficiencies in and/or additional information needed to process some claims," the statement began.

"In that letter, Heffler inadvertently stated September 4, 2020 as the deadline to submit the needed supplemental documentation. The correct deadline is October 4, 2020."

The letter to Haddad explains that in order to dispute the amount, he needs to provide tax documents dating back to 2017.

Haddad said he plans to cooperate with the claims administrator.

With the two-year anniversary of the gas disaster looming, he's still hoping he will get the money he is owed.