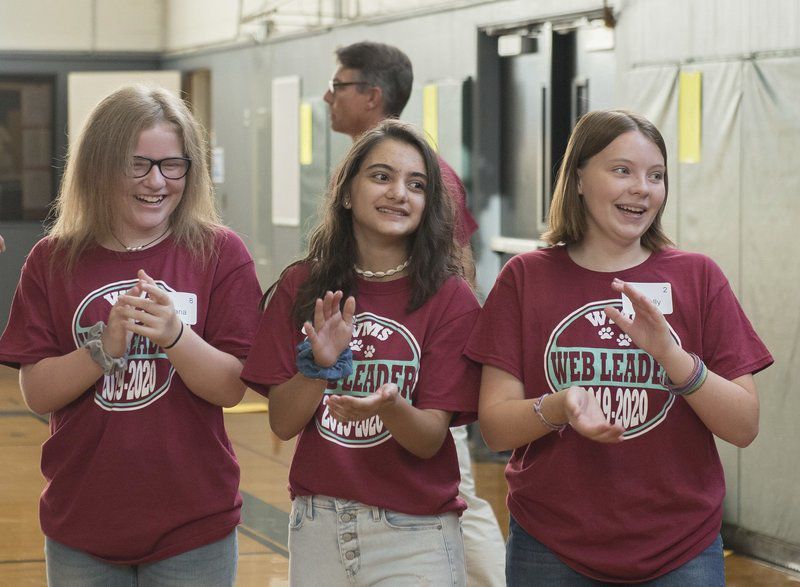 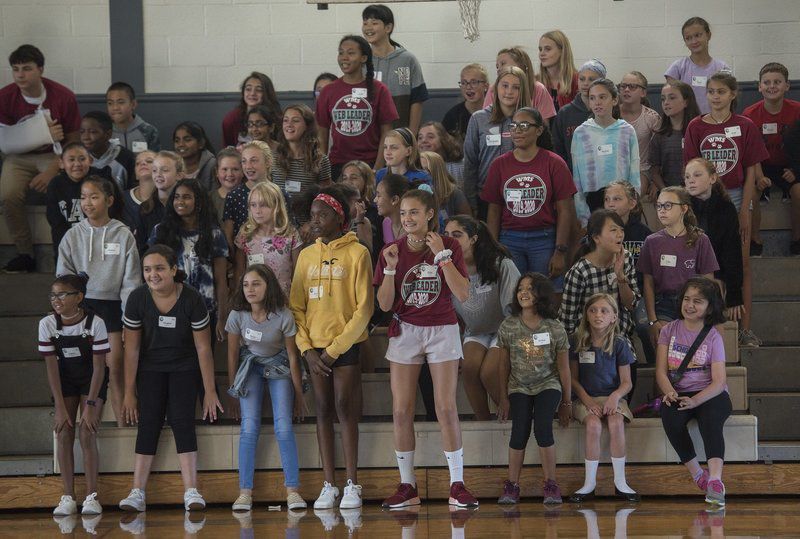 AMANDA SABGA/Staff photoEighth-grader Ella Vidoni, center, leads a group of sixth-graders in a game during the first day of school at West Middle School in Andover.

AMANDA SABGA/Staff photoEighth-grader Ella Vidoni, center, leads a group of sixth-graders in a game during the first day of school at West Middle School in Andover.

At the West Middle School auditorium, where sixth-, seventh- and eighth-grade students gathered, a roar of applause filled the air during the introduction of Timothy Corkery, the new principal.

Corkery attended West Middle School when he was a child.

"This is just a building until you guys arrive," he told the group of seated students. "That is when it becomes a school."

The WEB program started at West Middle School. Each eighth-grade leader in the program is paired with a sixth-grade student for the entire year and serves as a mentor and guide as the younger students navigate through their first year at the school.

On the first day of school, the WEB leaders and sixth-grade students split into groups to play a number of games to get to know each other. Their goal was to make the new students comfortable.

Eighth-grade student Annika Christensen, 13, said she was excited for the start of the new school year, as well as her important role as a WEB leader.

"It's a new school. it's their first year. It's a big change for them," she said of the sixth-graders, "and it's our job to make them comfortable in the new environment."

Christensen is starting her third and final year at West Middle, a school she said is a great place to be. While she was sad to see the summer and her copious free time come to an end, she said she will have all the free time in the world one day and was excited for the return of school.

Corkery said there were no major changes at the school this year, aside from his role as the new principal.

Corkery served as principal of Nettle Middle School in Haverhill from 2014 to the last school year.