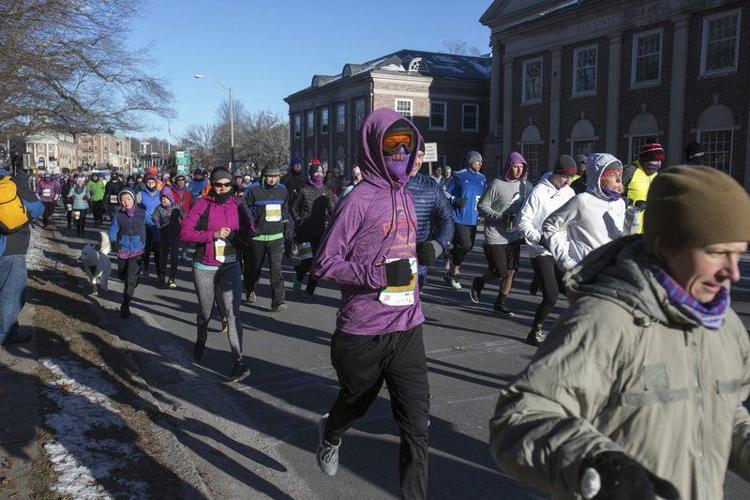 Photo/Reba SaldanhaRunners are bundled up as they participate in last year's Feaster Five road race. 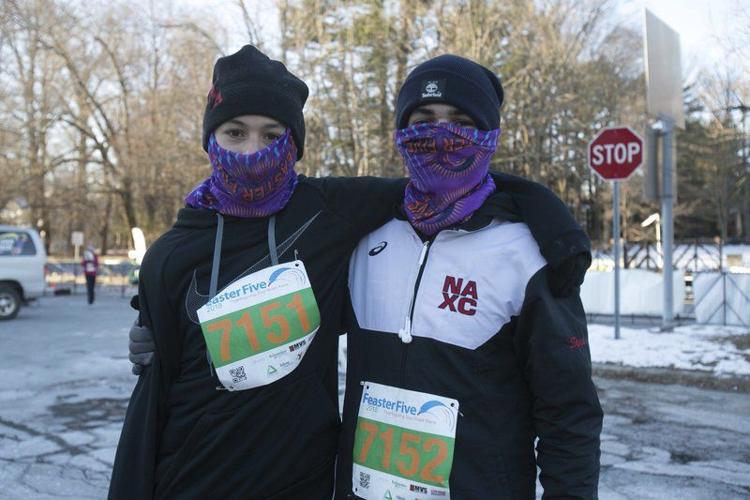 Photo/Reba SaldanhaRunners are bundled up as they participate in last year's Feaster Five road race.

It's that time of year, when certain Thanksgiving guests arrive with a boxed Table Talk apple pie and a hearty appetite. They're hungry after a long run.

Perhaps they built up that appetite running the streets of Andover.

One of the town's biggest events of the year — the Feaster Five road race — is next week on Thanksgiving morning, and preparations are being finalized this week. Runners, walkers and baby-carriage pushers can register right up until the morning of the race.

Thousands of people participate — even Hollywood actors like Matt Damon once ran with lots of security around him. So do a lot of non-celebrities such as 72-year-old Gerry Fennessey of Andover who took the Recreation Department's "Get Off The Couch" class as a way to get Feaster Five-ready in 2011. He still runs the 5K race every year.

That "Get Off The Couch" class is still offered. The next class will be held in spring 2020 and sign-ups will start in January.

It's the 32nd year for the Feaster Five, considered one of New England's largest and most festive races. It includes a dedicated walker lane that was added in 2017, and a separate race for kids. The race starts in Shawsheen Square, near Woodworth Motors, and ends at Brickstone Square.

Many participants are sure to be wearing colorful Feaster Five hoodies during the run. The hoodies are new this year and were guaranteed to the first 9,000 entrants.

People who fail to plan ahead should have no worries. They won't get a hoodie and will pay a bit more to run ($45) than people who register early, but they can still register for the race and pick up a number on these days at the Andover/North Andover YMCA, 165 Haverhill St., Andover: