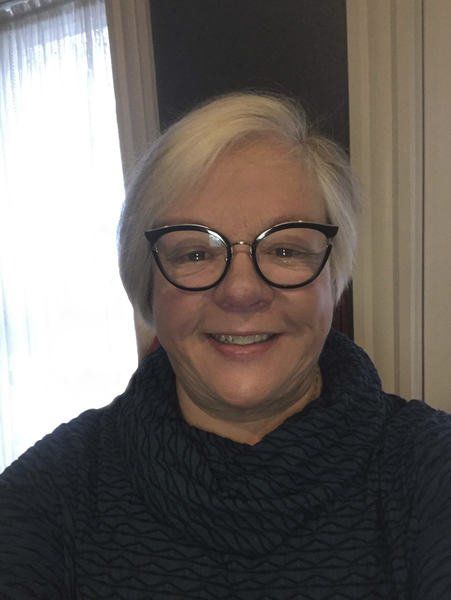 Courtesy photoSue Sinacore, 66, of Andover, is graduated with a master's degree from Merrimack College on May 21. Her classmates chose her to give a speech during their Zoom graduation. 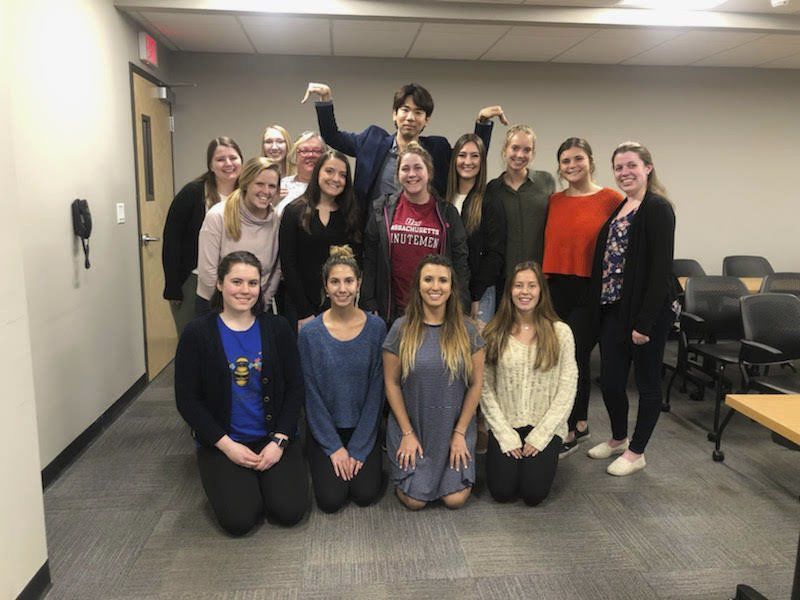 Courtesy photoSue Sinacore, 66, graduated May 21 Thursday on Zoom with her 13 other classmates, when they will be given master's degrees in Clinical Mental Health Counseling. She can be seen under the right elbow of Prof. Seungbin Oh in their classroom at Merrimack College last year.

Courtesy photoSue Sinacore, 66, of Andover, is graduated with a master's degree from Merrimack College on May 21. Her classmates chose her to give a speech during their Zoom graduation.

Courtesy photoSue Sinacore, 66, graduated May 21 Thursday on Zoom with her 13 other classmates, when they will be given master's degrees in Clinical Mental Health Counseling. She can be seen under the right elbow of Prof. Seungbin Oh in their classroom at Merrimack College last year.

It's not every year that Merrimack College has a 66-year-old graduate.

Then again, it's not every day that you meet someone like Sue Sinacore.

Sinacore, who graduated May 21 with a master's in clinical mental health counseling, took a long and winding path to her second graduate degree.

It was a path that began with tragedy.

He spent a week at Massachusetts General Hospital before being given a clean bill of health to return home. Three weeks later, an hour after a follow-up appointment at MGH where he was told his symptoms were all part of the healing process, he died of a heart attack caused by a blood clot at Lawrence General Hospital.

Not long after his death, Sinacore began to suffer from post-traumatic stress disorder and sought out counseling.

"I sought grief counseling and after burning through five therapists I thought, 'I can do better than this,’” she said. "But the sixth one was helpful.”

It didn't dawn on her immediately to start studying to be a therapist.

For the first few years after her husband died, the retired audiologist with a master's degree in audiology, worked as a birth doula, helping couples bring their children into the world.

While it was something she enjoyed, she didn't much like the hours — often getting calls in the middle of the night as her clients went into labor.

"That was good for me for awhile," she said of the doula experience.

But after going from therapist to therapist, "I began to feel like I became the therapist," she said.

"People find me easy to talk to," she added. "I am an intuitive empath."

Two years ago she started the master's program at Merrimack College with 13 other students — all young women in their mid-20s.

She calls them "my girls." While going to school, the group spent a lot of time together and made some lifelong friendships.

Her "girls" were so taken with Sinacore that they elected to have her give the graduation speech. Because the formal graduation ceremony was postponed due to the coronavirus, they graduated on a Zoom meeting.

"I started my graduate program during the Merrimack Valley gas explosion when I didn’t want to be in my house with no heat, hot water or clothes dryer, and I am ending my degree not wanting to leave my house due to COVID-19," said Sinacore, whose wry sense of humor and natural warmth endear her to her classmates.

"She's been incredible for all of us," said Amanda Donahoe of Wakefield. "It was nice to have someone older, with her life experience, in the class. She was our graduate school mother."

Amanda Priest, 25, of Tewksbury, said Sinacore was the perfect choice to be class speaker.

"She has this personality — fun and lighthearted," Priest said. "She brought humor to the group. She was the glue that held us all together. Who is better than her to speak for us?"

Irene Triantos, 24, of Saugus, said the whole class looked up to her.

"Sue had the energy; she is just ready to go," Triantos said. "I don't know how she has this energy even to be in school. I need her boldness and bravery. She just proves, no matter what age you are, you can do whatever you want. ... You can attend school at any age."

Sinacore said modestly, "I don’t feel special or unique, but everyone I tell about this adventure thinks that it is remarkable."

She calls herself a "story of post-traumatic change."

"You can let it change you or you do something else," she said. "You can internalize it and make your own life miserable, or you can grow from it and say, 'OK, what's next?'"