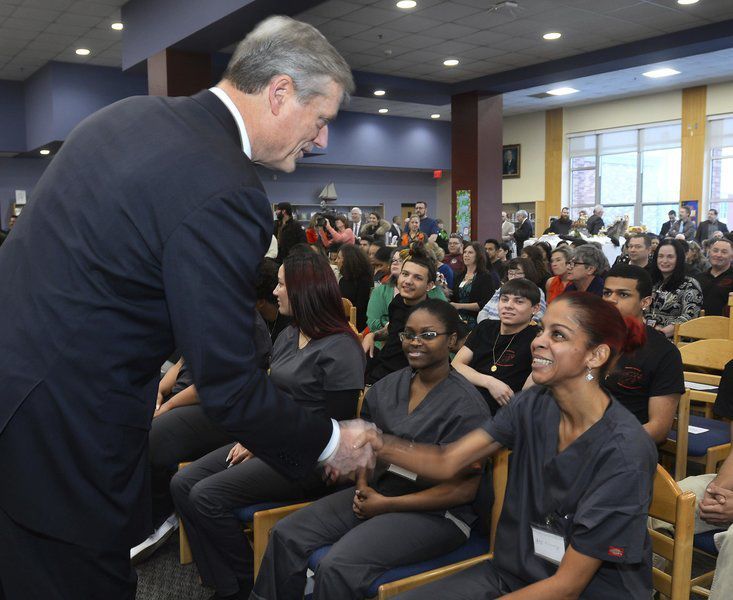 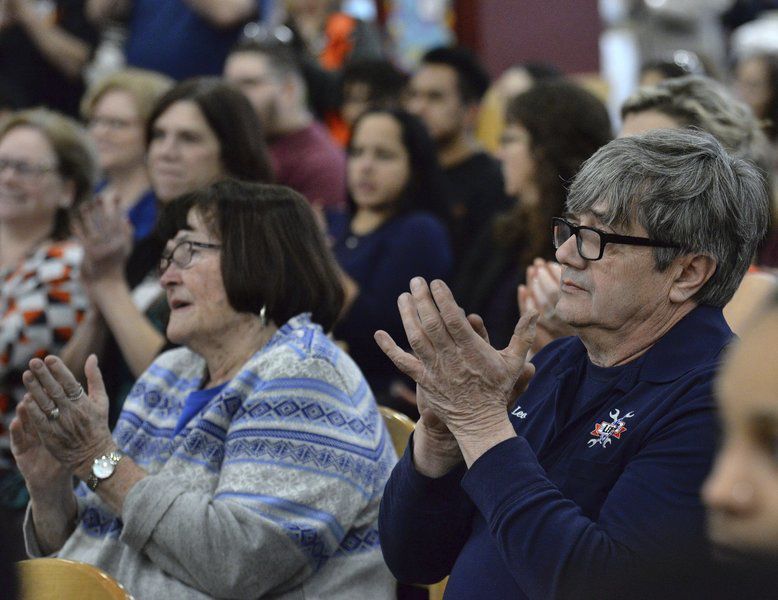 Gov. Charlie Baker is squarely behind vocational education, and he used Andover as the place to make that clear.

The governor made his first visit to the Greater Lawrence Technical School last week to take a tour and celebrate the Career Tech Initiative, a $15 million program he announced during his recent State of the Commonwealth address.

The goal of the initiative is to provide classes in three groupings during the day and evening at Greater Lawrence Tech to train an additional 20,000 residents in the technical trades over the next four years.

Traditionally, technical schools like Greater Lawrence offer one group of classes per day to high school students. If a school is approved for the Career Tech Initiative, two groups of classes will be devoted to training high school students each day, and an additional group of classes will be added for adults. The program still has to be approved by the House and Senate in the upcoming state budget, scheduled to be finalized by July.

“This is going to be such a joyful program that's going to be transformational for many,” said Rosalin Acosta, the state's secretary of labor and workforce development. “We know there are 200,000 jobs in Massachusetts and there are only about 110,000 people looking for work.”

Stressing the importance of training in the technical trades was Douglas Fogg, vice president of operations for Straumann, a dental implant company based in Andover. He spoke at the Greater Lawrence Technical School event.

“It's a win for the people,” Fogg said. “It's a business win for us. We need it to grow our business.”

Straumann has a relationship with Greater Lawrence Tech's machine technology program and said his company has hired at least 14 students from the school over the years.

“In making the dental implants, our primary task, or job if you will, is doing high-tech, computer-controlled machining,'' he said, "and we need people who know how to use this equipment.''