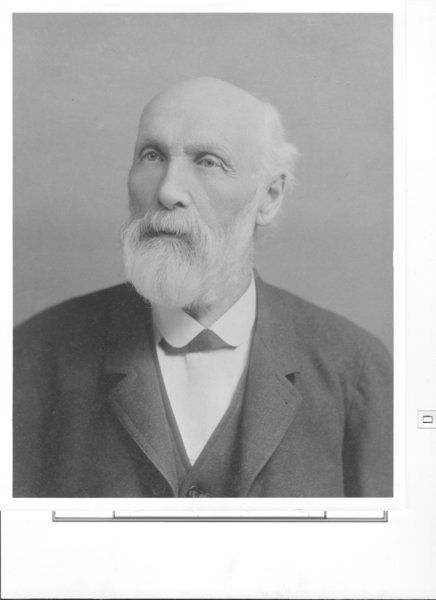 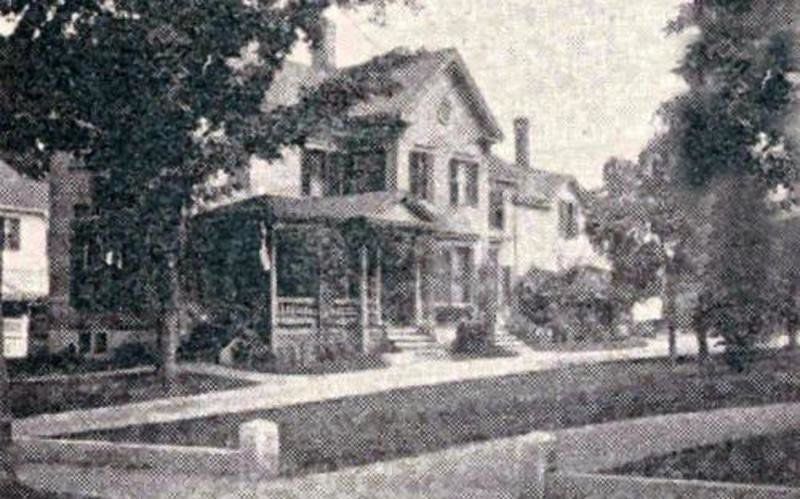 On April 20, 1900, the Andover Townsman printed an obituary that read in part:

"In the death of William S. Jenkins which occurred at his home on Main Street at 6:30 last night, Andover loses one of its foremost citizens. Essentially a man of affairs, he had been for forty years prominent in every local activity and it is doubtful if any man in the town will be more missed than he.''

With that impressive introduction, we tell the story of this amazing life.

William S. Jenkins was born July 5, 1824, to Capt. Benjamin Jenkins and Betsey Berry at the family home on Jenkins corner, the second eldest of five children. William's uncle was also named William, and was a famous abolitionist in town whose home was a stop on the Underground Railroad.

For his first years William S. remained at home, attending the public schools and working on the farm. At the age of 16, he left home to learn the carpentry trade with his cousin Benjamin Jenkins of Dorchester. When his cousin died, he returned to Andover and worked alone until 1849, when he made a business connection with George Abbott, fellow builder and carpenter. This partnership lasted more than 20 years.

His second partnership, according to the newspaper, was with Rebecca Farnham, his wife. The couple went on to have three children.

During his building years Jenkins was connected to nearly every public school in Andover. Many family homes in town were also constructed by him. His own residence at 116 Main St. Jenkins was built almost entirely by Jenkins himself, "down to the blinds, sashes and the like, something never done at present.''

Jenkins was contractor for Boston & Maine train depots and had a hand in the Memorial Hall Library (for which he and Abbott were paid $15,000 for labor), Brechin Library and the Stone Chapel on the PA campus, Punchard and Dove schools and the Andover Town House.

And least one think that William set his sights only on big projects, the Assessor's Report in 1870 listed smaller projects for which he was paid: $122.73 for labor and lumber to build Stimson's Bridge, $3 for Town House supplies, $15 for Hay Scales repairs, $20.50 for a Locke Street railing and $10 for a bridge plank.

His public life was equally full.

Jenkins was a selectman during The Rebellion and, as such, a member of the Committee of National Defense. He served as the head of highway districts 8 and 9 and, in 1858, District 11, as well as on the Committee of 7 that investigated claims of soldiers and other volunteers that were filed against the town.

He also served on a committee for arranging a temporary armory in Town Hall during that war.

He was on the committee that planned the Town House addition, the engine house on Park Street, and the water and sewer systems, serving as sewer commissioner.

Another prominent public role came in 1869 when he was elected director of the Merrimack Mutual Fire Insurance Company. He was chosen vice president in 1778 and president in 1880.

Interestingly, his family home at Jenkins Corner was the first house to be insured by this company — Policy #1'' in 1828.

William Stewart Jenkins, leaving a legacy that may never be matched, died in 1900 and was buried in South Church Cemetery.