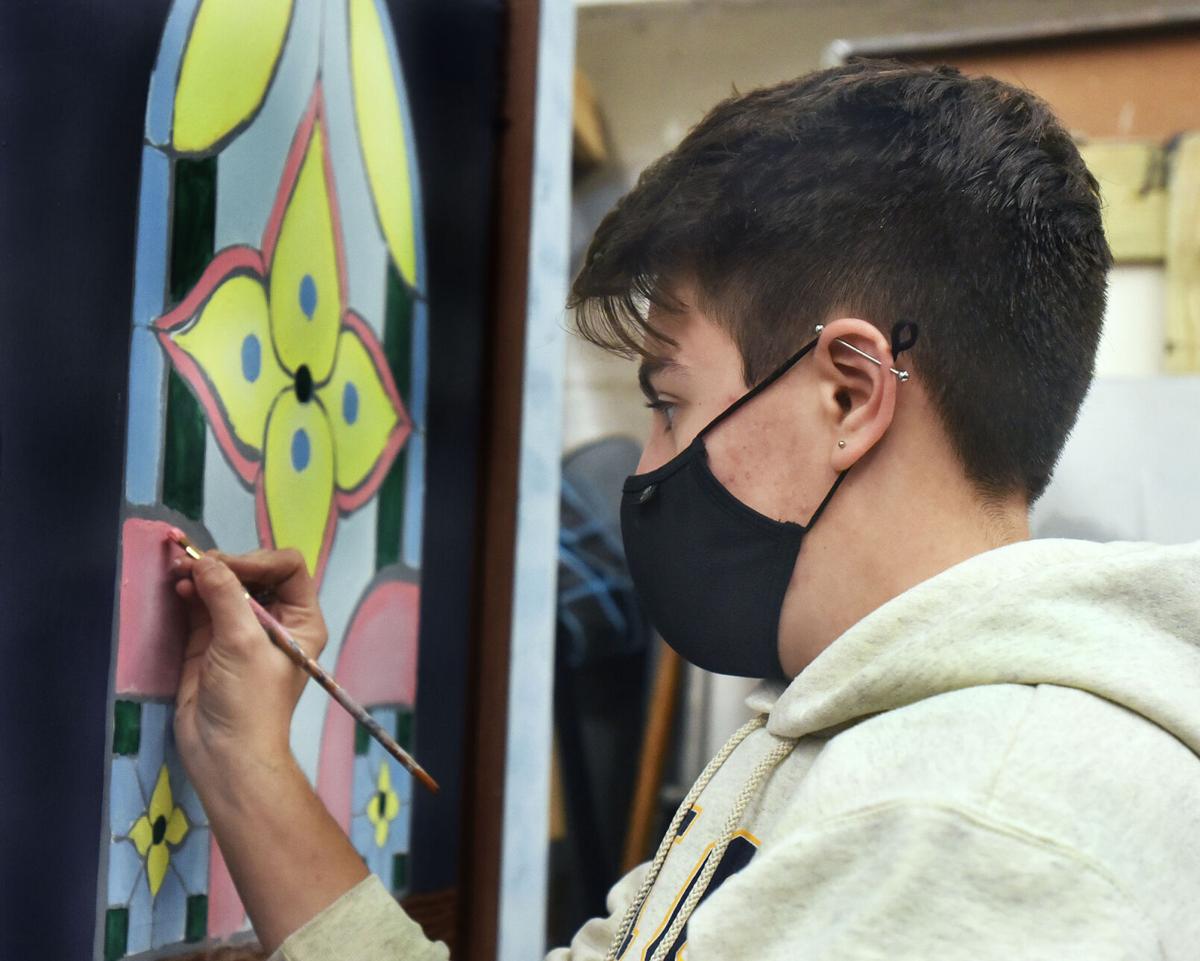 Andover High senior and “Mamma Mia” set designer and director Grayson DiNino creates a stained-glass window for the set of the musical. 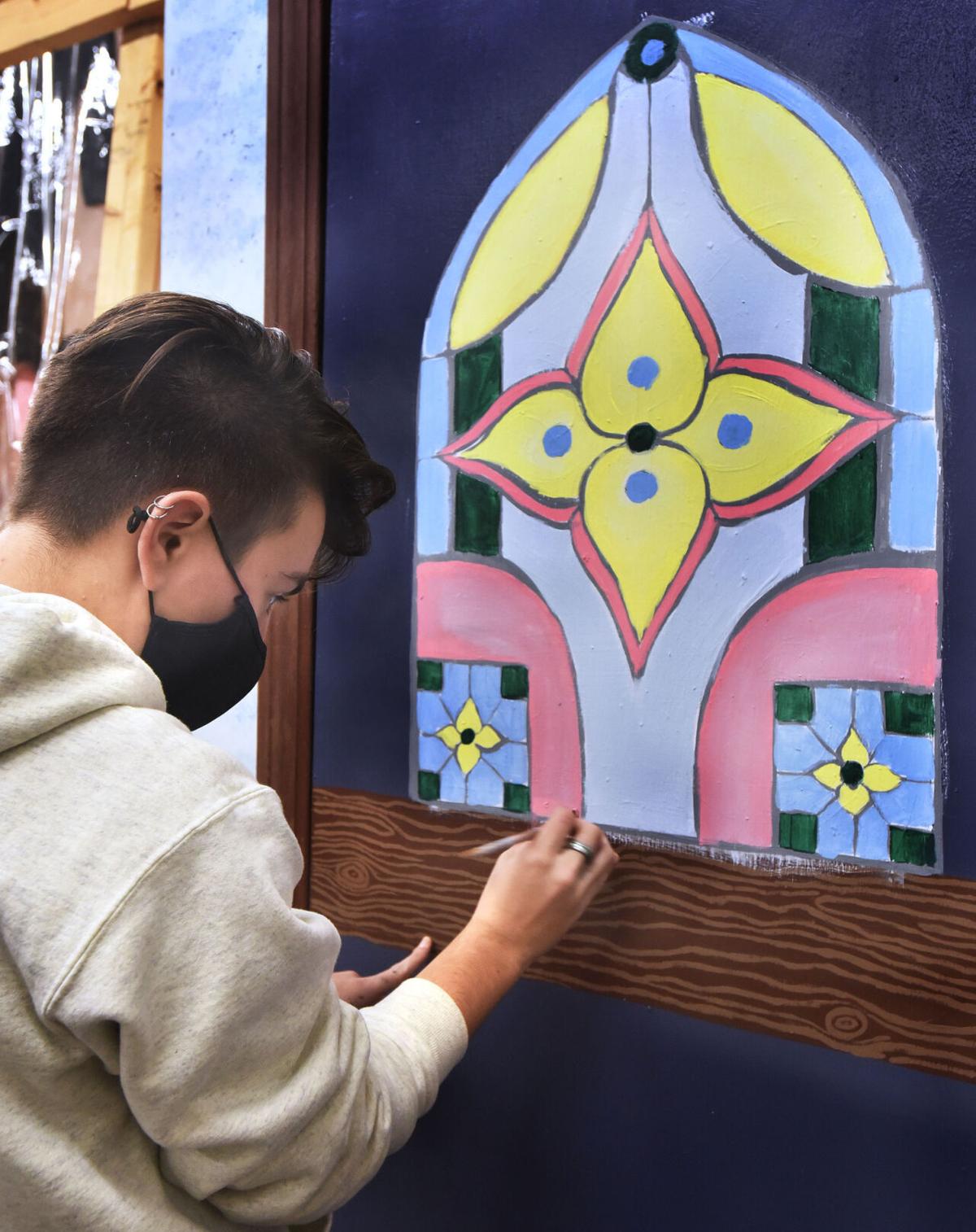 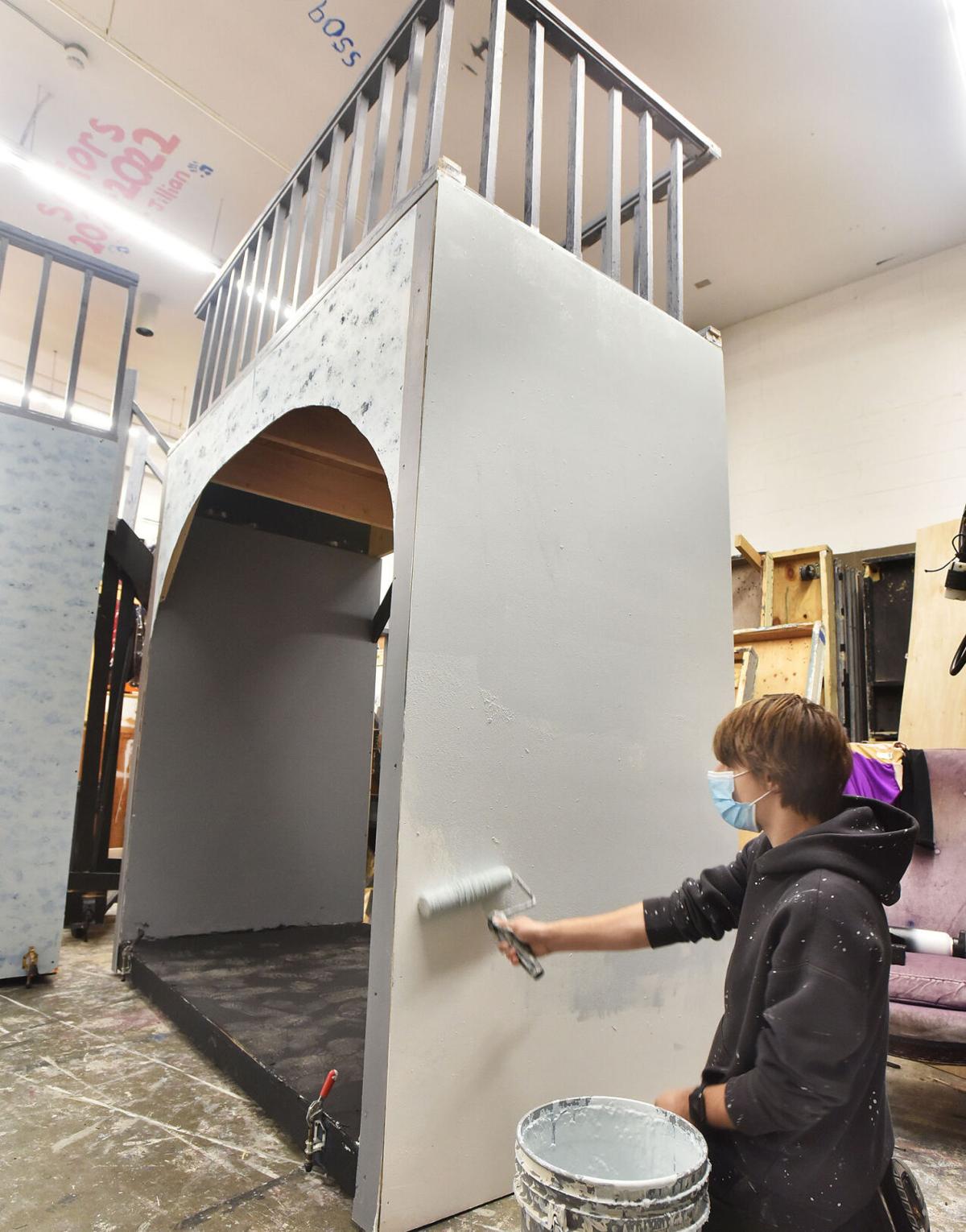 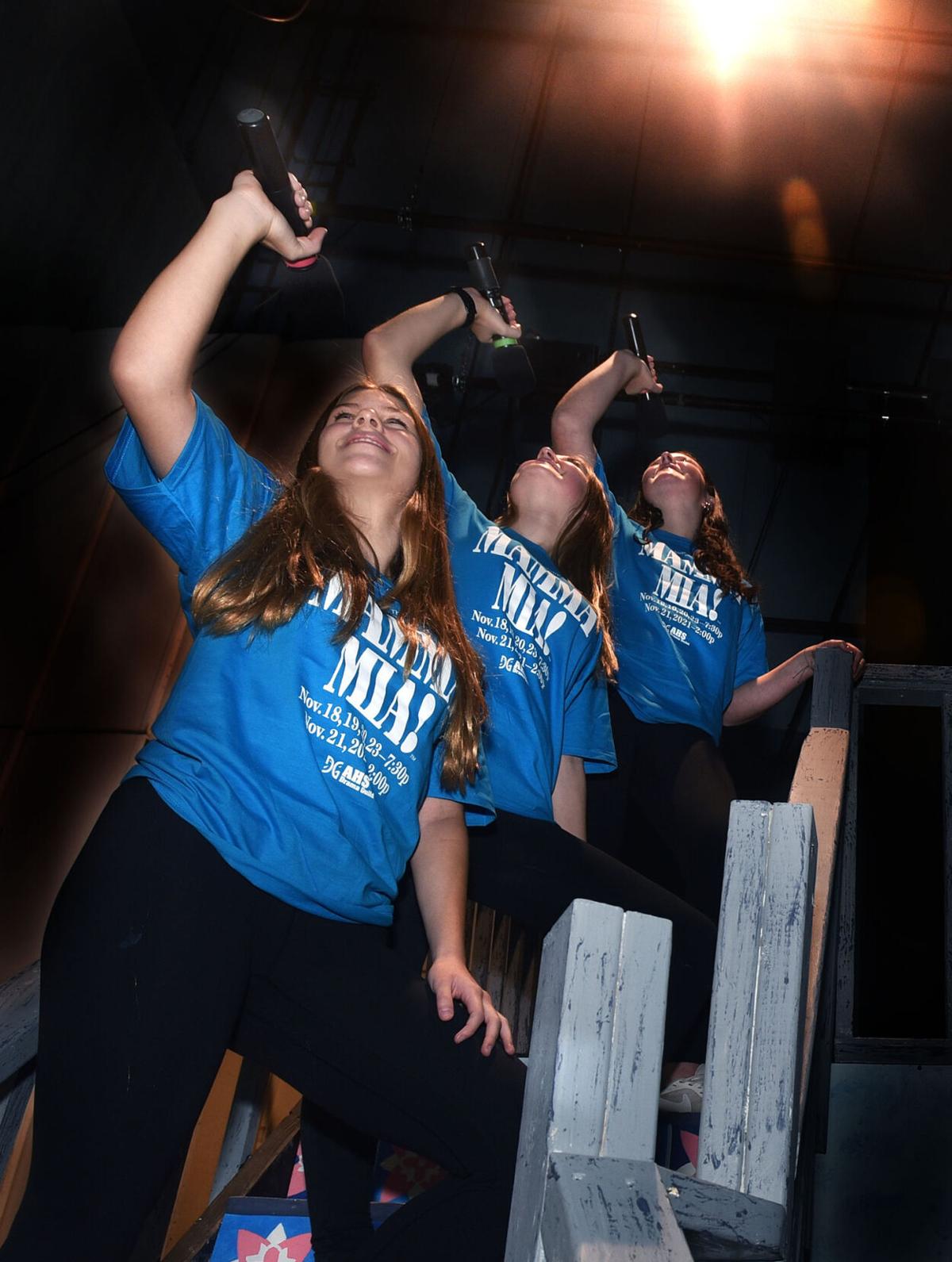 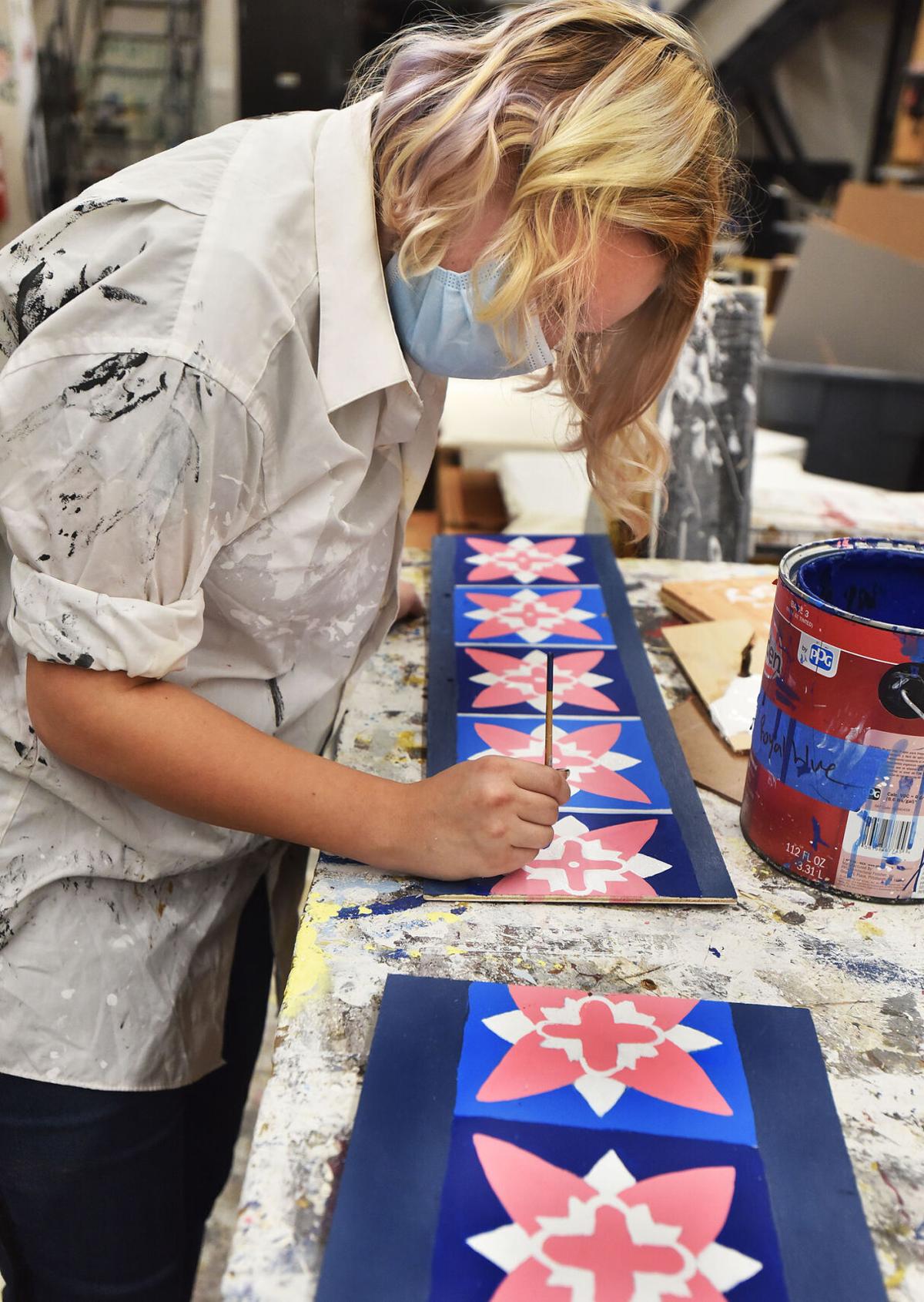 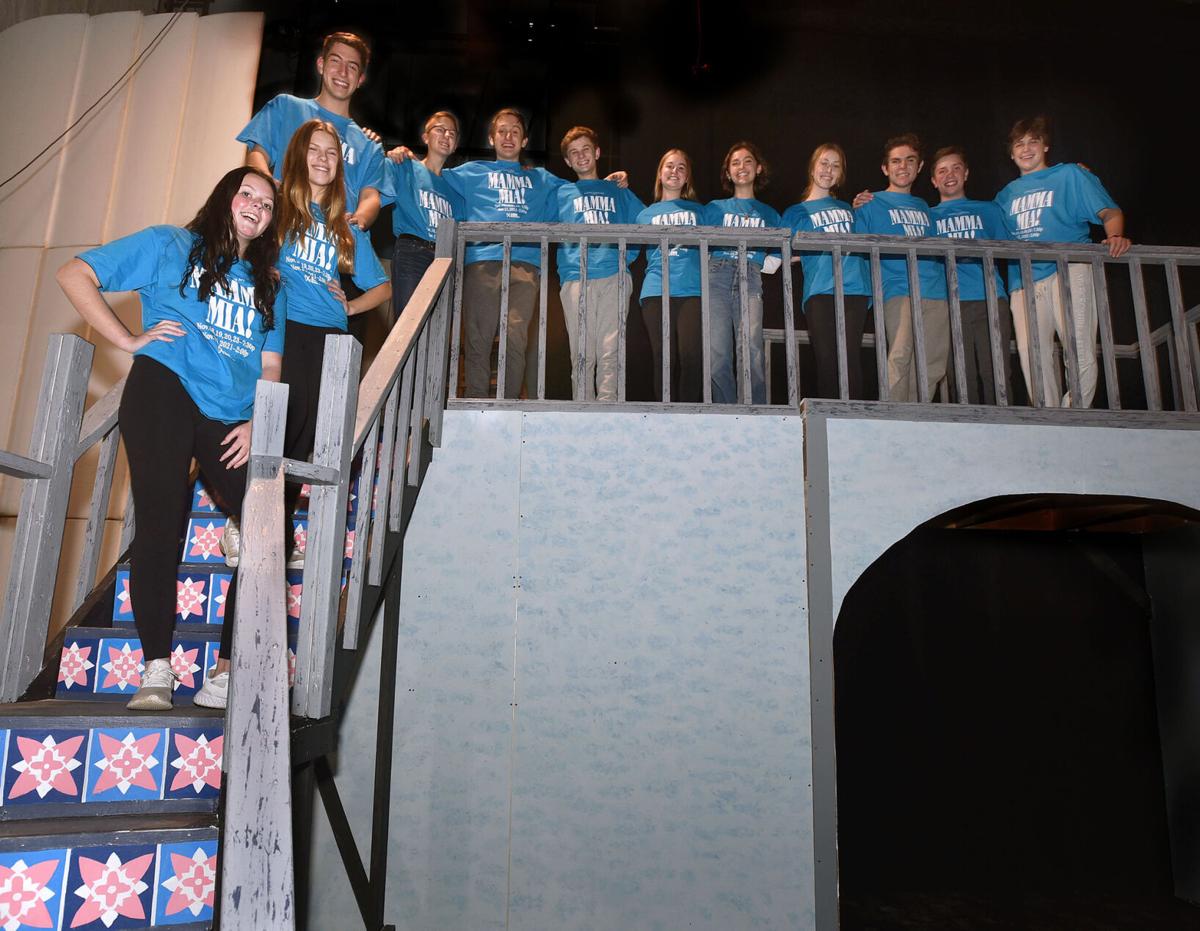 Andover High students who are performing cast members in the “Mamma Mia” musical pose on the elaborate staging made by students on the set design team. 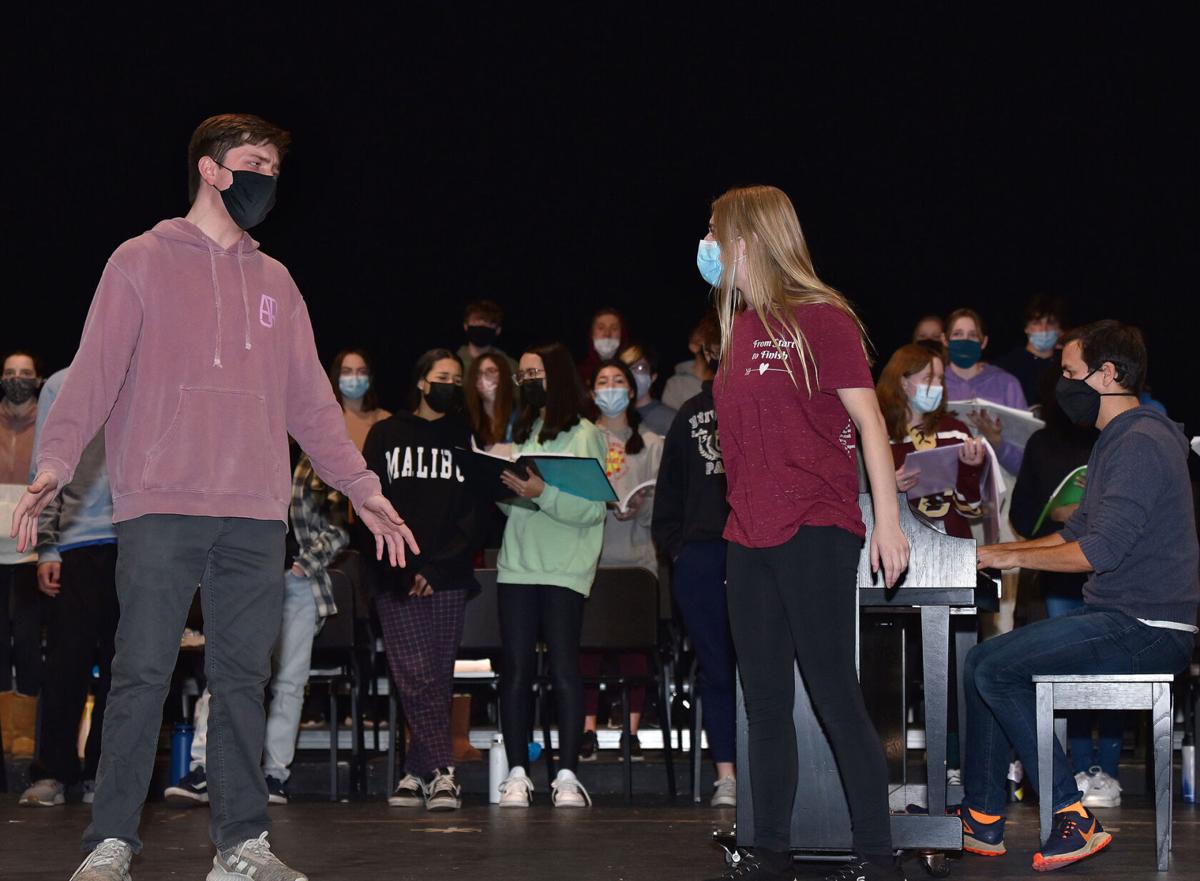 Andover High senior and “Mamma Mia” set designer and director Grayson DiNino creates a stained-glass window for the set of the musical.

Andover High students who are performing cast members in the “Mamma Mia” musical pose on the elaborate staging made by students on the set design team.

The fire in their souls has been re-lit.

Bright colorful costumes, an extravagant set and dancing queens are returning to the Collins Center.

In the spring of 2020 the pandemic put theater productions on hold, and then students performed outside and in front of virtual audiences. Now, they are prepping one of the school’s biggest shows in years: “Mamma Mia” with the audience in house.

Coming back to the theater “is really welcoming, like you were on vacation and now are coming home again,” said Grayson DiNino, a senior who is the set designer.

DiNino and many other members of the cast are thrilled to be performing the songs of ABBA for their return.

“So many people love the music of ABBA and this is a great way to get back into it,” said Sadie Rooney, the junior who plays Rosie. “Hopefully people will be dancing in their seats and singing along in their heads.”

Many of the students have been watching and re-watching the movie prepping for the show. Anthony Morgante, a junior playing Harry Bright, said it’s one of his favorites that he’s watched many times a year since the 2008 movie starring Meryl Streep came out.

The cast of 49 is one of the largest in many of the students’ recent memories. It was whittled down from about 70 students who auditioned.

Auditions were in the second week of school and “the energy there was great because they were on stage an interacting in a way they hadn’t in years,” said Producer Paul Meehan.

“This year we get to put on a big show with large dancing numbers and flashy costumes,” said Jack Mohr, a senior playing Bill Austin, while wearing one of his final costumes — brightly colored bell bottoms.

There will be many surprises for the audiences and the students are looking forward to welcoming everyone back. During rehearsals the energy has been palpable with students focused on their work and then clamoring to catch up with friends in the stage’s wings during their off time.

“I feel like they are coming back to life, it’s all part of our healing,” said Director Susan Choquette.

“It’s a joy to rehearse and return indoors, the last part of the puzzle is the masks,” Choquette said, hoping things can return to a total normal soon, especially with all of the preventative measures in place.

The show runs from Nov. 18 to 23. For more information and tickets visit andovertheatrearts.com.