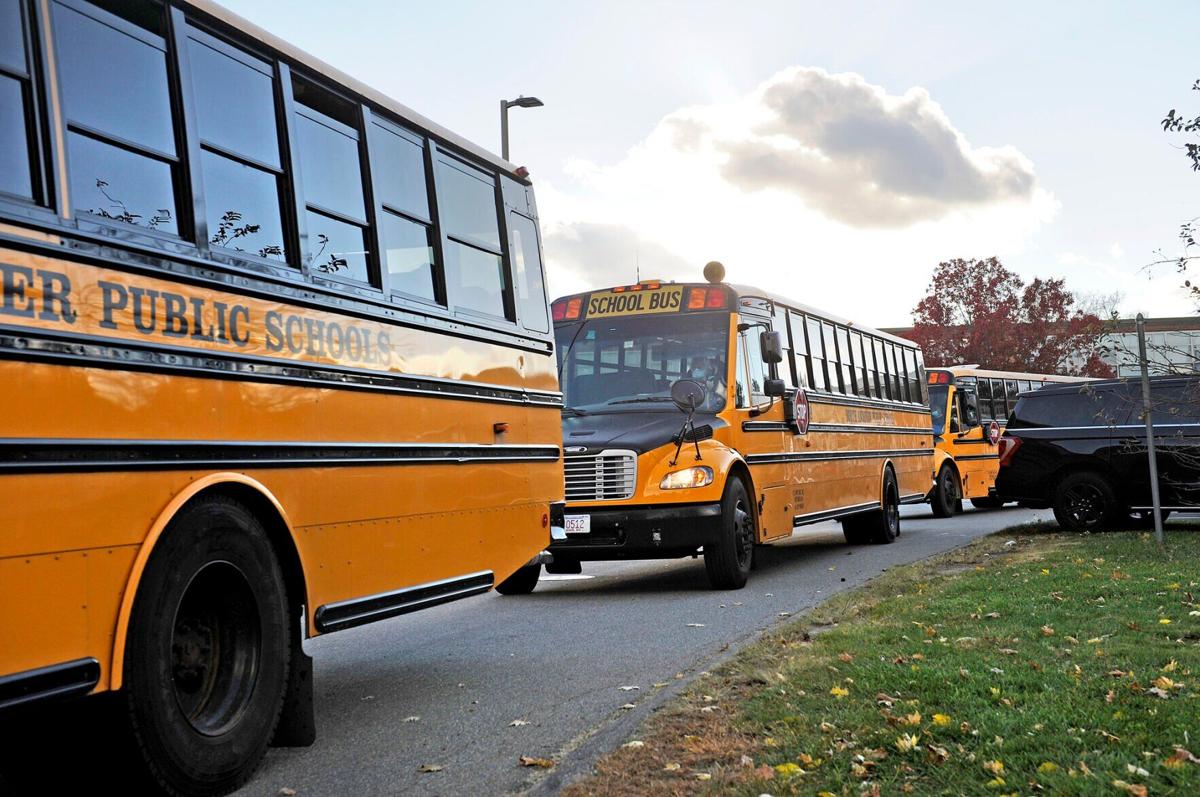 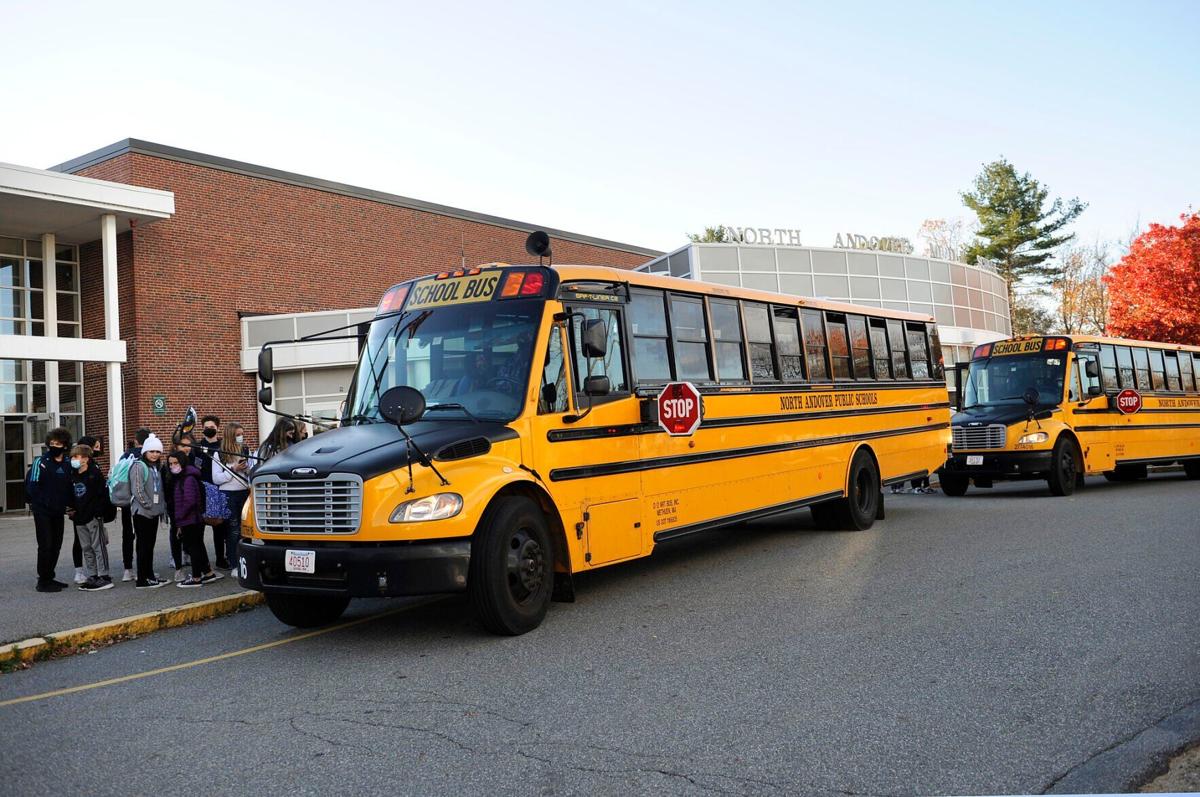 School buses line up to pick up students outside the North Andover Middle School on Wednesday afternoon. 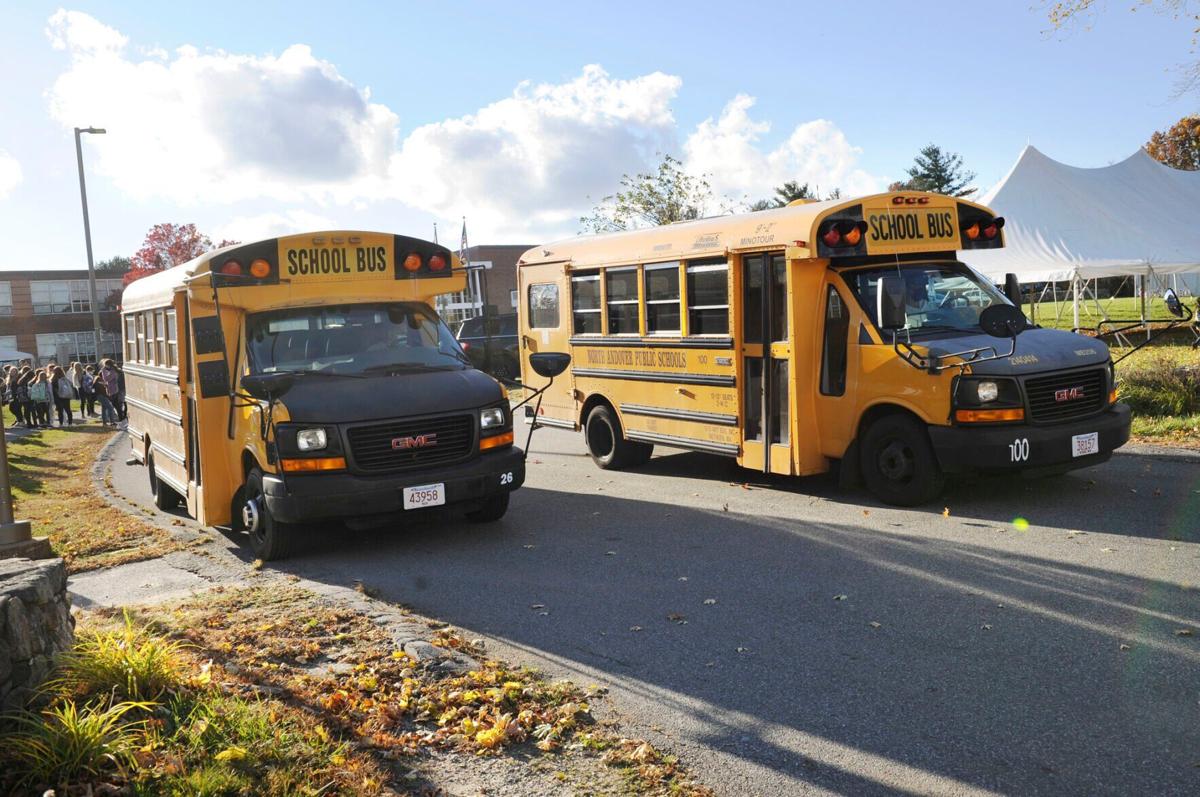 School buses line up to pick up students outside the North Andover Middle School on Wednesday afternoon.

Kids aren’t running to catch the bus as often this year. Instead they’re waiting — sometimes 10 minutes, a half hour or even longer.

Transportation issues continue to plague schools in the Merrimack Valley, causing students to arrive late to morning classes or be forced to walk home in the dark when buses can’t make afternoon runs on time. Delays leave parents wondering where the bus is in the morning, or where their child is at night. This year, the transportation woes have persisted long beyond the regular and expected bumpy first few weeks of school.

“(Children are) either waiting too long to get to school or they’re getting home way too late. We need to fix this. Not a month from now. It needs to be fixed today,” said Methuen School Committee member Louann Santos at a recent meeting. “This is absolutely unacceptable. COVID is happening, I get that, but please….we need to fix this immediately.”

“We’re going to get through this, but the lack of drivers has been challenging,” explained NRT CEO John McCarthy. “We lost 15% of our workforce and I think we would have lost more if we didn’t pay our drivers during COVID. It’ll still be a bumpy ride until sometime after Christmas. The cities and towns are used to a certain type of transportation and we’ll get back to it, but it’ll take time. School bus drivers don’t grow on trees.”

McCarthy, who owns five transportation companies in Massachusetts under the Beacon Mobility umbrella, provides transportation to Andover, Haverhill, Lawrence, North Andover and Methuen schools using buses branded with the NRT/Trombly name. Students with special needs in many of those cities are also transported in passenger vans owned by McCarthy.

Andover and Methuen have been hit especially hard by the driver shortage, meeting with NRT officials consistently to help troubleshoot the situation. However, it doesn’t seem the best fix — more drivers — is likely anytime soon.

In September, Andover Superintendent Magda Parvey said the bus company had more drivers in the pipeline that would alleviate those issues. However, last week she said “there are other districts in a worse position, so they would not be necessarily getting those new drivers to us. Now, they’ve talked about prioritizing certain things for us, if appropriate, where they can.”

Instead, Andover has instituted daily calls for issues as they arise and bi-weekly meetings with the company to address the larger issues, Parvey said. The district now has access to the company’s GPS system that will allow them to track buses when parents have questions.

District access to technology can be an asset, as office staff has often been pitching in on routes, owner McCarthy said.

“One of the biggest complaints the communities have is communication. When I spoke to the superintendent in Methuen, I apologized, but also told her that our office staff was on the road,” McCarthy said. “Do they want us to drive or pick up the phone?”

In a typical year about 8% of drivers call out sick on average daily, with that number higher due to COVID-19 quarantines, Pete Delani, the bus company’s customer relations representative, said at a recent Methuen School Committee meeting.

Haverhill started the year with nine drivers out, and still needs an additional three more, said Assistant Superintendent Mike Pfifferling. Andover contracts with the company for 38 buses, though 30 buses have regularly been in use, with up to 36 being used on a good day, Parvey said. Methuen is short five drivers, Delani said. In Lawrence, they’re doubling up on routes, school spokesperson Chris Markuns confirmed.

Driver retention became complicated, NRT Vice President Christine Valcourt recently explained at a Methuen School Committee meeting, when it was more advantageous for drivers who were out of work over the summer to collect unemployment or seek work elsewhere when NRT could not guarantee their 40-hour schedules once school resumed.

Since the company isn’t “operating at full capacity on all of the routes,” Delani said, some districts will be reimbursed for services not rendered.

Without more drivers, districts are pushing to try and problem-solve. Methuen is still working on how to get more information out to families and has set up monthly meetings with the company.

“I’ve made it very clear that if we can’t make 100 people magically appear with the license they need to drive a school bus then we at least have to do everything we can to make sure parents on a daily basis know what to expect,” Kwong said.

Haverhill also has monthly meetings with the company. However, neither Methuen nor Haverhill have access to the company’s GPS to track the buses like in Andover.

Andover will also start implementing a pilot program allowing a small number of parents to use the application “Where’s My Bus?” by Thanksgiving. The application will be widely available to anyone in Andover who opts in around January, if it works, Parvey said.

Also in Andover, bus company officials met with school and police department officials to look into potential bus-only routes and to help alleviate traffic that causes the buses to stay late.

However, Parvey said she told the company: “It’s a Catch-22 because people have given up on you, so you are seeing more people in your way because people aren’t taking the bus.”

Andover officials “are hopeful any next steps under consideration will help to minimize any traffic impact on both the morning and afternoon routes,” said Nicole Kieser, spokeswoman for the district.

But this is affecting more than children and their parents. Teachers and school staff must stay to ensure children get on the bus safely.

In Haverhill, “we’ve had kids waiting as long as an hour to pick them up. It’s usually a different school each day, but we experience some form of delay every afternoon. Now, NRT sends an email when buses will be late and we’ll notify the schools,” Pfifferling said. “Our staff has been fantastic in helping mind children after dismissal. They’re not going to leave kids. They have a professional responsibility and I’m so happy with them. Our principals are there until the last bus departs.”