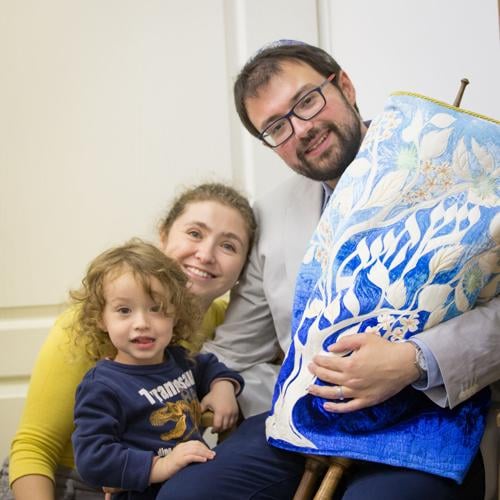 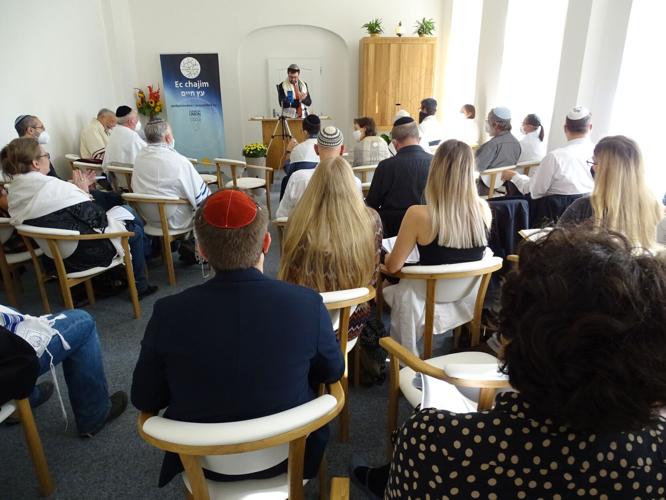 One of Ec chajim’s Shabbat services at their community center in Prague.

One of Ec chajim’s Shabbat services at their community center in Prague.

The distance between Prague, Czech Republic and Andover amounts to more than a nine hour flight and thousands of miles, but recently Temple Emanuel, a reform synagogue in Andover has managed to bridge that gap.

The temple recently made a donation of hundred books to another synagogue located in Prague.

The connection between the two groups was made at a Bar Mitzvah in Prague, where a member of Temple Emanuel encountered Rabbi David Maxa, of Ec chajim, which translates in English to “tree of life.” The synagogue was founded in Prague in 2019 and Maxa was lacking in a certain type of prayer book, so Temple Emanuel donated them.

“It is the prayer book for Rosh Hashanah and Yom Kippur, the Jewish new year and day of atonement,” said Max Chaiken, the rabbi at Temple Emanuel.

Maxa was born in Prague and is the son of a Holocaust survivor.

“As the son of a Shoah survivor, he has committed to helping to renew the Czech Republic’s Jewish community left silenced by the Holocaust and decades of Communist rule. Our prayer books will provide meaningful support toward that goal,” said Dana Katz, first vice president of Temple Emanuel, in a press release.

“The intention was to create a safe space for everyone, for all people of different Jewish backgrounds to pick up the threads of their Jewish identity. To have a safe space to learn, to experience and also to actually revive reform Judaism in the Czech Republic,” Maxa said.

“Reform judaism is also known as progressive Judaism in different parts of the world, and it is a contemporary movement within Judaism, founded in the 19th century, founded in Europe actually,” Chaiken said. “Which really strives to adapt Jewish practice and adapt ritual and Jewish life, and Judaism to the modern world.”

Maxa said reform Judaism was predominant in Prague before the start of World War II.

“It is something that you can clearly see when you go to Prague and you visit all the historic synagogues,” Maxa said.

This is apparent when you look at the instruments in the synagogues. Maxa said the organ was key feature of the Spanish synagogue in Prague, which was the center of reform Judaism before the war.

Temple Emanuel was founded more than one hundred years ago and is a member of the Union for Reform Judaism. For additional information on the temple, email info@templeemanuel.net or contact the temple office at 978-470-1356.