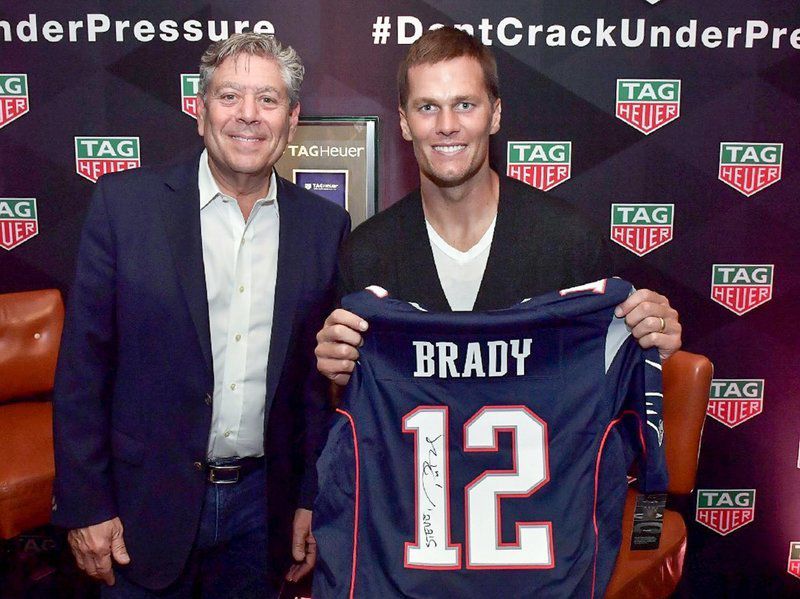 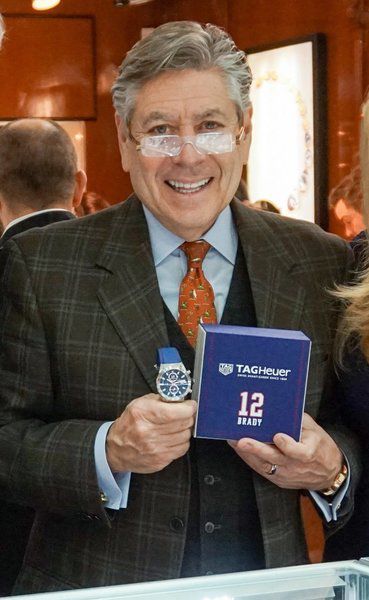 ANDOVER -- You've seen it on the sidelines. You’ve seen in the huddle of late drives during Super Bowls.

Tom Brady is nothing if not charismatic, with a passion that’s infectious.

He’s also a TAG Heuer loyalist — an “ambassador” of the brand — with a power of persuasion up there with the best of them.

The Swiss luxury watchmaker was unveiling a limited edition of its Heuer 01 Chronograph in honor of the Patriots quarterback. Leed’s store is among the TAG Heuer retailers that signed on to sell the exclusive watch.

"We were excited to have the opportunity to sell these incredible watches," said Leed. "But then I met Tom — what a special guy. The way he conducts himself on and off the field, with the level of class, is a bit overwhelming.

“Tom got me so excited that when I left that event I decided we were going to sell the most watches of anyone,” said Leed.

The watch is a unique timekeeping piece, designed by Brady and TAG Heuer. It’s made from the same material and color as the Patriots uniform. “Brady 12” is prominent on the top.

"Even the box is cool," said Leed. "The strap is a pigskin design — rather than calf, crocodile or rubber — for obvious reasons."

Only 466 of the watches were made. If the number rings a bell, it’s because Brady threw for 466 yards in the Patriots’ thrilling overtime win over Atlanta, 34-28, in the last Super Bowl.

Leed has been a big Patriots fan his entire life and said he rarely misses a game.

"I was able to watch the game in a wonderful suite earlier this season at Gillette Stadium," he said. "But personally, I prefer to be home, watching on our large screen, seeing replays. I also like the convenience of not waiting in line at the restroom and getting goodies whenever I want them."

Leed said he’s hoping Royal Jewelers' sales of the exclusive watches will inspire a visit from Brady to downtown Andover sometime next year.

"I would love people to meet Tom and see the guy I got to see," he said. "He's a special guy. We've thrilled to be associated with him and his watch."