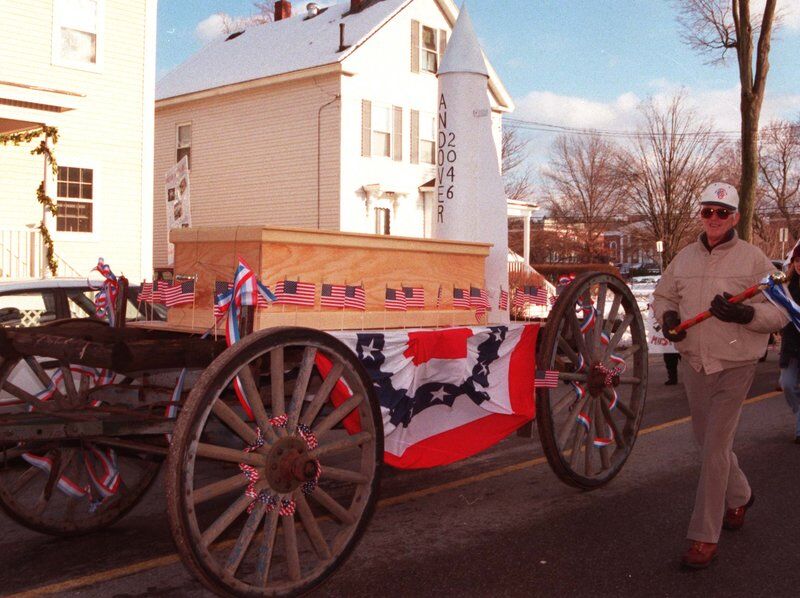 Staff file photoA time capsule from Andover's 350th anniversary celebration makes its way down Bartlet Street in 1996 with creator Robert Henderson. The capsule will be opened in 2046. 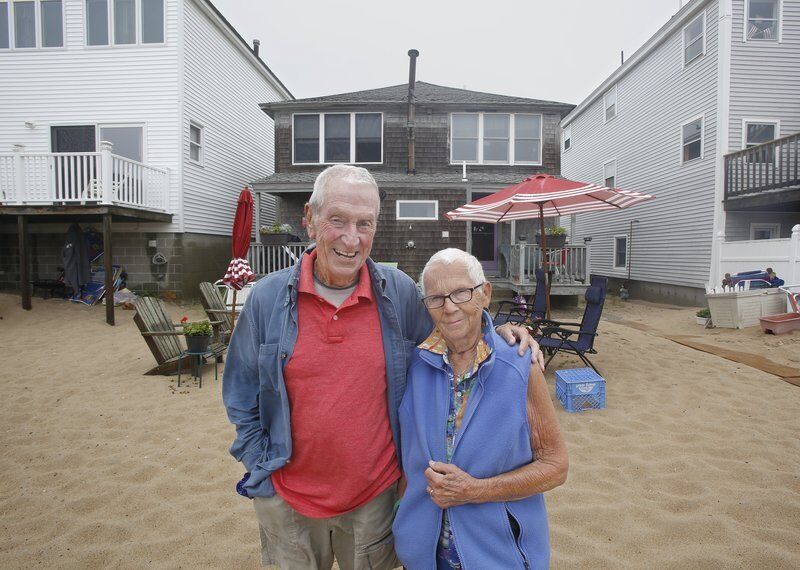 MIKE SPRINGER/Staff photo George Walsh, left, of Andover, is among the few living residents who can remember the town's 300th-, 325th- and 350th-anniversary celebrations. Here, he stands with his wife, Martha Walsh in front of their summer beach house in Salisbury. 7/13/2021 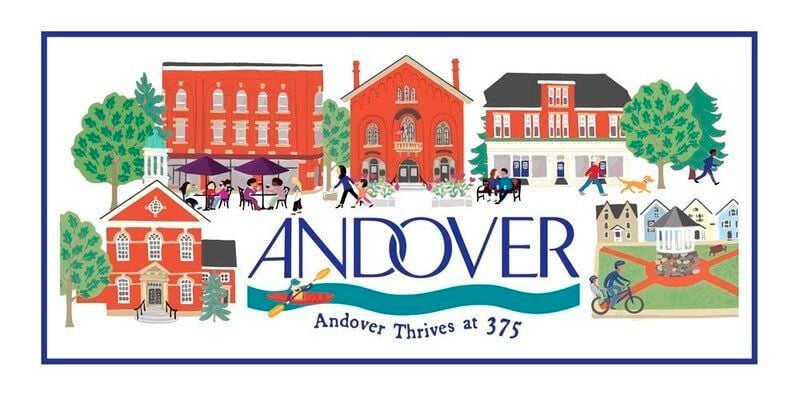 Staff file photoA time capsule from Andover's 350th anniversary celebration makes its way down Bartlet Street in 1996 with creator Robert Henderson. The capsule will be opened in 2046.

MIKE SPRINGER/Staff photo George Walsh, left, of Andover, is among the few living residents who can remember the town's 300th-, 325th- and 350th-anniversary celebrations. Here, he stands with his wife, Martha Walsh in front of their summer beach house in Salisbury. 7/13/2021

Every 25 years, Andover celebrates another quarter-century with pomp and circumstance.

The festivities have evolved over the years. This year, there was no townwide celebration on May 6 — the date Andover was founded in 1646 — because of COVID-19 restrictions, but multiple events are planned throughout the coming year, culminating with a celebration next May 6, according to the town’s anniversary committee.

“I remember all of the schools had floats down at the playstead,” says Walsh, who was in the sixth grade at the time.

The Andover native is among the few living residents who recall the 300th-, 325th- and 350th-anniversary celebrations. With the town now in its 375th year, he reflects on how things have changed.

The No. 1 difference: traffic.

The nearby fire station would send out a whistle that let him and his friends know the sun was going down and it was time to go home for supper, he says.

The downtown fire station was one of the few public places in town with a television, so Walsh and his friends would catch a Red Sox game alongside firefighters. When a call came in for a brush fire, he and his friends were sometimes given backpack sprayers to help fight the flames.

Walsh could also be found at the Andover Guild on Brooks Street. Membership to the private youth center cost about 10 cents a year, and it had courts for basketball, a cards room, pingpong and even a bowling alley in the basement, he says. It was also the place to be on Friday nights for weekly dances, he adds.

In the summer, the Cross Coal Company would have one truck doing daily runs down to Pomps Pond, where it was “standing room only” for children going to cool off in the water during the hot days.

In the winter, movie theater owner Sam Resnik would give out tickets to students to see “It’s a Wonderful Life” at the Andover Playhouse.

“It was such easier living,” Walsh says.

There was a strong sense of community because many people’s lives were concentrated in the town, he says.

Now, Walsh “couldn’t find anyone I went to school with” still living in Andover, he says.

There are still a few families from his time that have relatives in town. Firefighter Michael Surette is the son of Walsh’s good friend Teddy.

Walsh is proud to have raised his own children with his wife, Martha, in the same Essex Street home that he grew up in. Both his children and grandchildren attended St. Augustine’s, as he did.

George met Martha when they were both working for Andover Public Schools at Sanborn Elementary School.

George bounced around in his career, starting as the principal for the six-room Stowe School. Martha spent her whole career at South Elementary School teaching mostly second graders, but comedian Jay Leno was in one of her fourth-grade classes.

Now in their retirement, George and Martha are still active in town. George is the vice commander at Andover’s American Legion Post 8.

His father joined the post in 1919 — the same year he moved to Andover and bought the Essex Street home, according to town records.

This year, George was surprised by the outpouring of support at both the Veterans Day and Memorial Day flag-placing events held by the post. After spending months cooped up in their homes, more than 20 students and their families showed up for the most recent event, he says.

He sees it as a continuation of the Andover community spirit he grew up with.