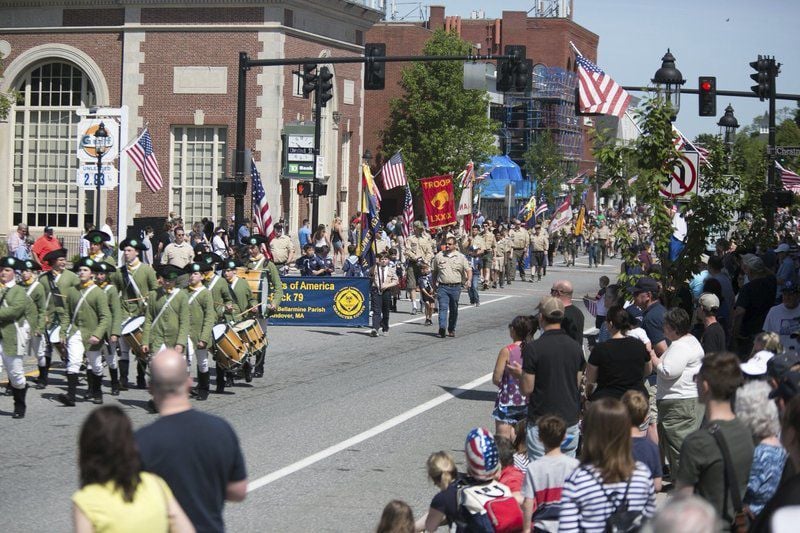 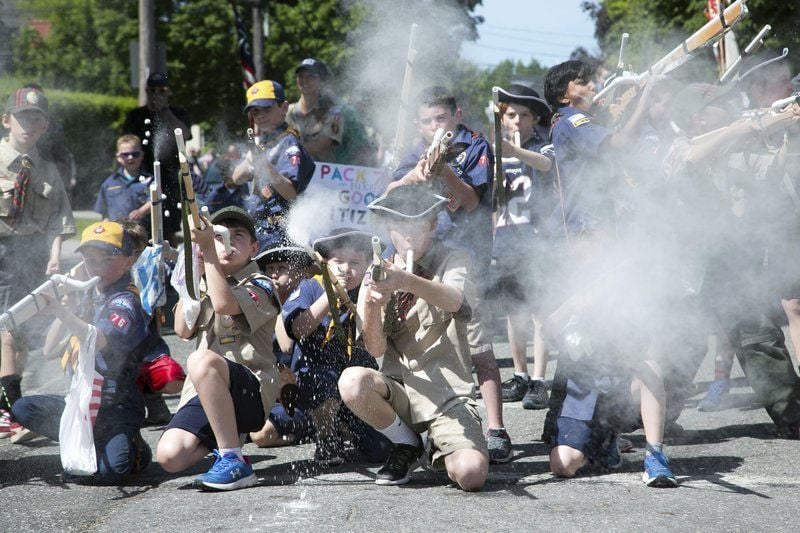 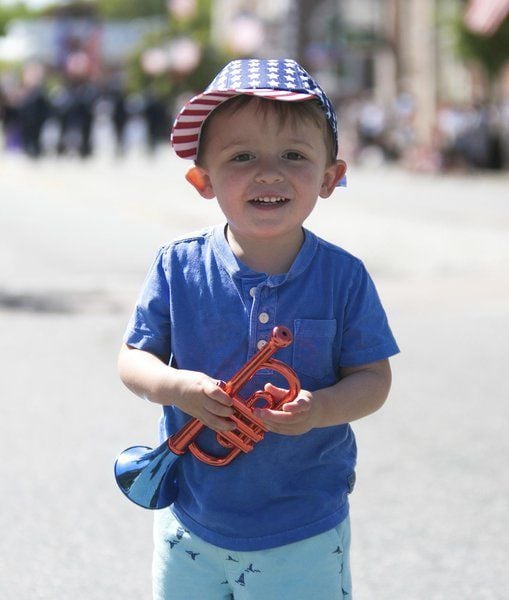 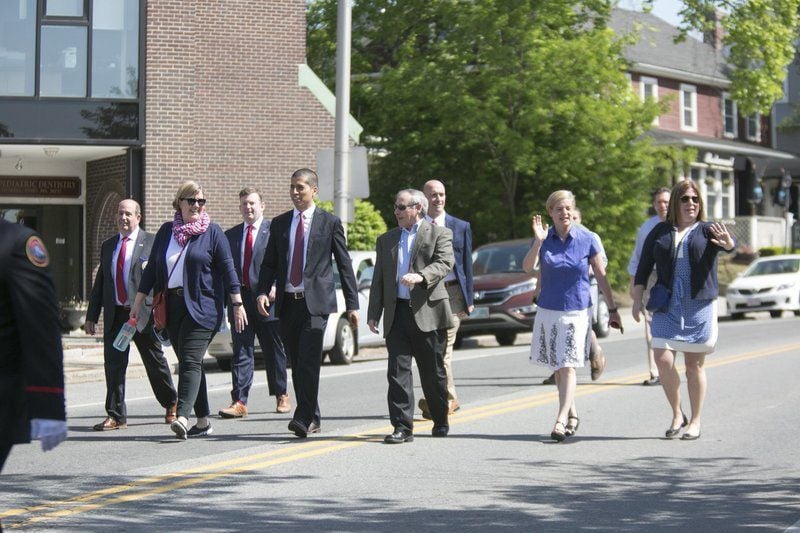 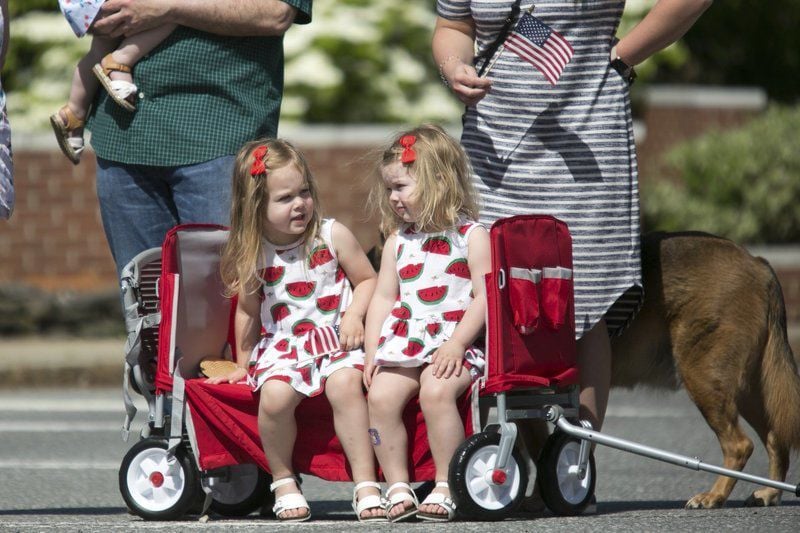 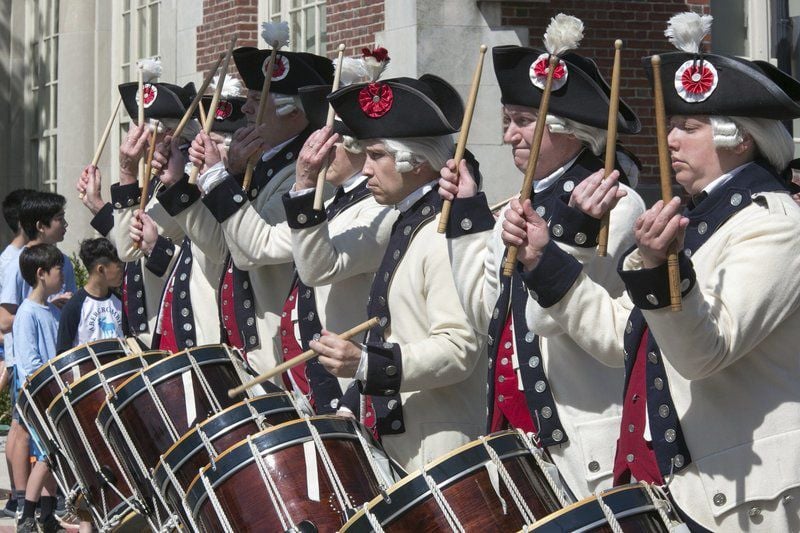 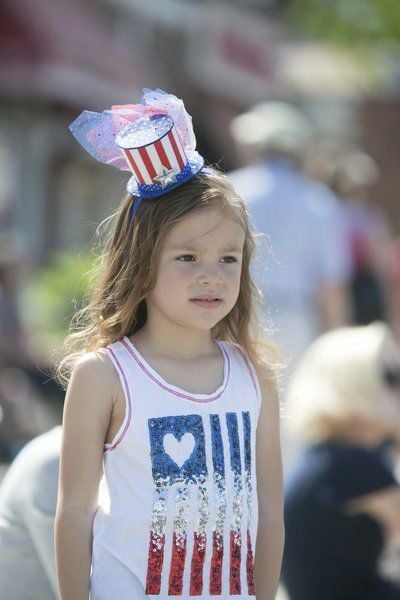 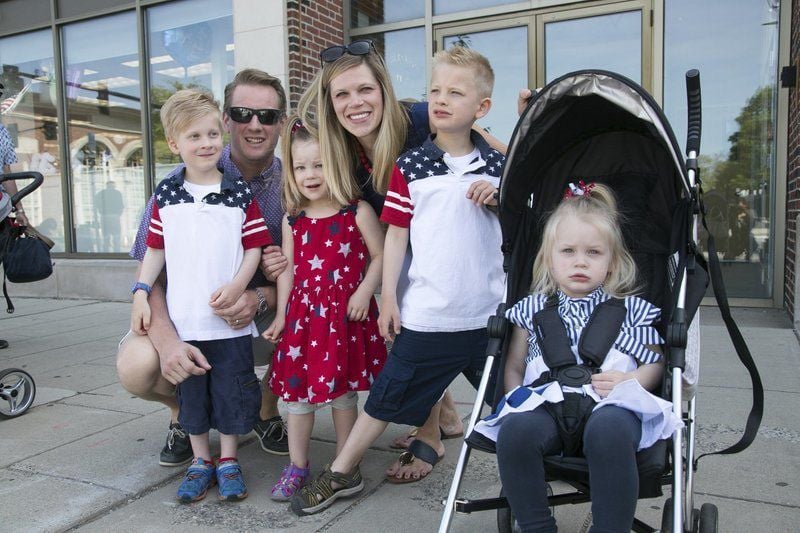 Dan and Heather Ward of Andover watch the parade with their children, from left: Connor, Aiyla, Gavin and Evie. 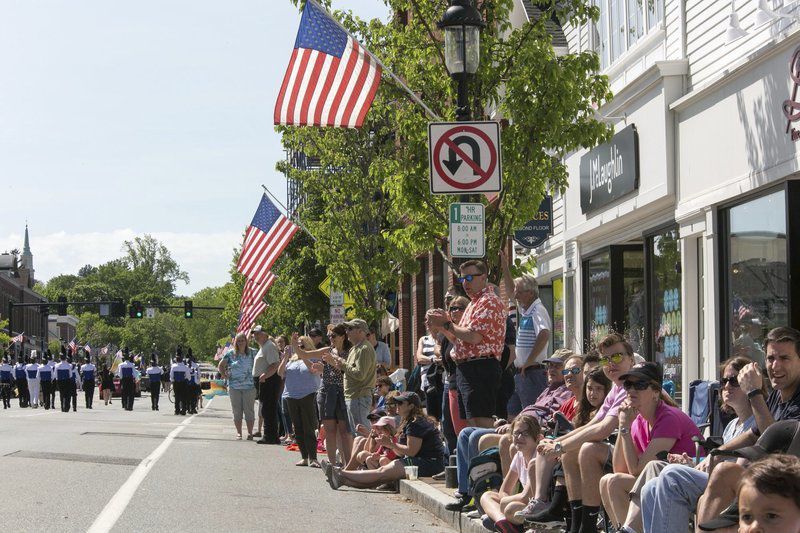 Dan and Heather Ward of Andover watch the parade with their children, from left: Connor, Aiyla, Gavin and Evie.

Andover held Memorial Day ceremonies at the West Parish, Saint Augustine’s and Spring Grove cemeteries. The parade, hosted by the town and Veterans Services office, began at 10 a.m. at the intersection of Elm and Florence Streets and traveled to The Park.

“About 400 people showed up, not including the more than 500 parade participants,” Comeiro said.

Across the Merrimack Valley, cities and towns held parades and services on Monday to honor and remember the sacrifices of those who perished defending our nation and preserving the freedoms we enjoy today.

Memorial Day is also the traditional kick-off for the summer, although summer doesn’t officially begin until June 21.

The piercing sound of a Civil War era canon fired by members of the 6th Maine Battery marked the start of Lawrence’s Memorial Day ceremony, which began at 9 a.m. at Bellevue Cemetery.

Sam Pauta, 92, who served in the Navy in World War II and the Korean War, sat in the front row before the ceremony and recalled enlisting in 1942, shortly after graduating from Lawrence High School, Class of 1941.

“A lot of us joined at the time,” said Pauta, past commander of the now-defunct, Cardillo-Campagnone Brothers Post No. 1.

During his invocation, Brother Rene Roy, campus minister for Central Catholic High School, said Memorial Day is a time to honor those men and women who “gave up their future so that we may have ours today.”

“They suffered separation from family and friends, they more incredible hardships from heat and cold, dust and mud and saw their comrades drop in their tracks from enemy fire and ultimately lost their own lives,” Roy said. “Their courage and bravery provide an example of valor, self-sacrifice and generosity for each of us here.”

Methuen’s parade kicked off at 10 a.m. in front of the American Legion Post 122, 200 Broadway, then traveled north to the war monuments on Charles Street for a brief ceremony.

Legion Commander, John Dowd, urged a crowd of people not to forget those who died in battle and to remain loyal to our country.

“Let us renew our pledge of loyalty to our country and its flag,” he said. “Let us resolve by word and deed to emphasize the privilege and duty of patriotism.”

The parade reformed and marched through Methuen Square to the American Legion lot in the Walnut Grove Cemetery for a brief ceremony.

Many people lined the parade route, including Rich and Alison Levesque, who brought their son Jaxon, 9.

“Before the parade passed by we were talking about the sacrifices that were made to keep our country safe,” Alison Levesque said.

Haverhill’s parade formed in Monument Square then traveled to the Linwood Cemetery for a service.

Mayor James Fiorentini told a crowd that Memorial Day is often a happy family day, but it is also a solemn day.

He asked the crowd to remember those from Haverhill who died in World War II, the Korean War, the Vietnam War and the Gulf Wars.

“We also today pause to recall what our veterans are fighting for,” Fiorentini said. “They fought for the freedoms that have made America unique and a beacon of hope throughout the world.”