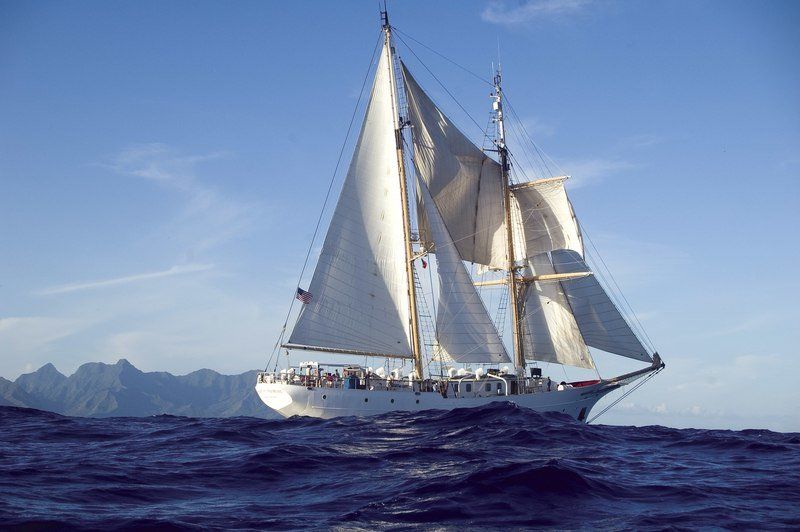 The Robert C. Seamans is home to 22 college-aged students, including Andover resident Emily Callan, who are studying the remote Phoenix Islands. 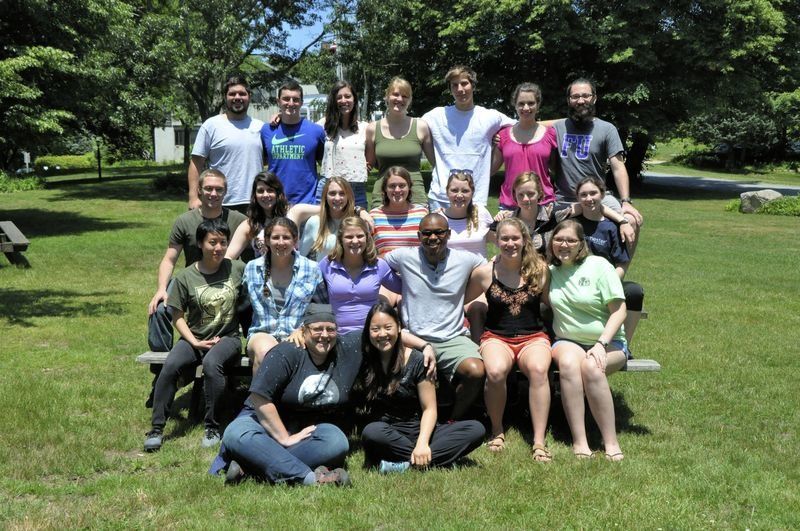 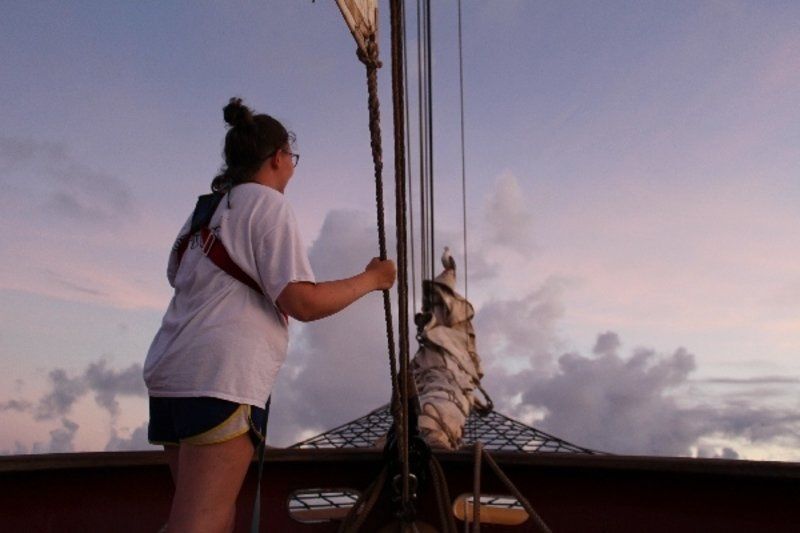 Courtesy PhotosEmily Callan, of Andover, stands as lookout aboard the Robert C. Seamans with her friend “Little Jibby,” a red footed booby that can be barely discerned at the end of the bowsprit.

The Robert C. Seamans is home to 22 college-aged students, including Andover resident Emily Callan, who are studying the remote Phoenix Islands.

Courtesy PhotosEmily Callan, of Andover, stands as lookout aboard the Robert C. Seamans with her friend “Little Jibby,” a red footed booby that can be barely discerned at the end of the bowsprit.

Emily Callan, an Andover High School graduate, has served many positions aboard the SSV Robert C. Seamans from assistant steward in the galley to helmsman. But her favorite, she says, is lookout.

“When you are on lookout, you stand at the bow with the winds in your face keeping an eye on the horizon for any signs of other ships or incoming squalls. Most of the time, you are the only one out there which makes it very peaceful,” she wrote in a blog post from July 14.

The 21-year old, University of South Carolina senior is aboard an eight-week voyage to the Phoenix Islands where she and 21 other students are studying the remote area of the Pacific Ocean.

Sea Education Association, which partners with Woods Hole Oceanographic Institution and the New England Aquarium, offers students unique undergraduate ocean education programs, one of which is “Protecting the Phoenix Islands.”

The Phoenix Islands Protected Area is one of Earth’s last intact oceanographic archipelago ecosystems, and is the largest and deepest UNESCO World Heritage site on Earth. Located in the Republic of Kiribati, midway between Australia and Hawaii, the coral reefs cover 157,000 square miles. The area is scarcely inhabited, with little research conducted.

Callan moved to Andover from Ohio while in high school. Her mother, Jody Turin, said at Andover High School she took an oceanography and marine biology class, and became very interested in the subject.

When it came time to apply to colleges, Callan wanted to attend a university with a strong marine biology program, ultimately choosing USC.

In a letter expressing her interest in SEA Semester, Callan said she attended a study away fair her freshman year, but found it hard to find a program that would meet all of her science requirements - her major is focused on coastal research management and policy. It was not until her sophomore year she discovered SEA Semester.

“From that moment on she was hooked on it,” Turin said.

Callan was accepted into the program’s second voyage and headed to the Woods Hole campus for her two-week research preparation on June 17.

“When she came back from the Woods Hole portion, she was so energized and enthusiastic,” Turin said speaking on behalf of her daughter, who has limited communication while away.

To communicate with their loved ones the students write blog posts on the program’s website. The first post is from the chief scientist, Jan Witting, where he states that one of the main studies is seeing how different the islands look with no regular human activity.

According to SEA’s marketing coordinator, Anne Broache, this trip also studies the state of the coral reefs, the changes in ocean temperature and takes a general oceanographic survey.

A post from a student on July 11 talks about life aboard the ship after four days of sailing, where, on average, they only get three to four hours of sleep at a time because of their constant watch shifts.

A post from July 12 describes their first net deployment, where a pink/brown substance made up of many bio-luminescent creatures was uncovered. On July 18 they finally entered the protected area, and on July 20 the students see land for the first time in two weeks.

Callan’s second post, from July 27, discusses her time on the beaches of Orona. “Although, we got a few cuts, scrapes, and sunburn during our excursion, we would’ve done it all again. I’m so glad that I have had this opportunity to see such a spectacular island that very few have laid eyes on or even walked upon,” she wrote.

Their journey home will begin around Aug. 15 when the program comes to an end in American Samoa. Callan will be flying from American Samoa to Hawaii, then again to the University of South Carolina.

Turin said she thinks Callan will gain a whole new perspective of the world.

“She will have such an appreciation for the vastness of the ocean,” she said.