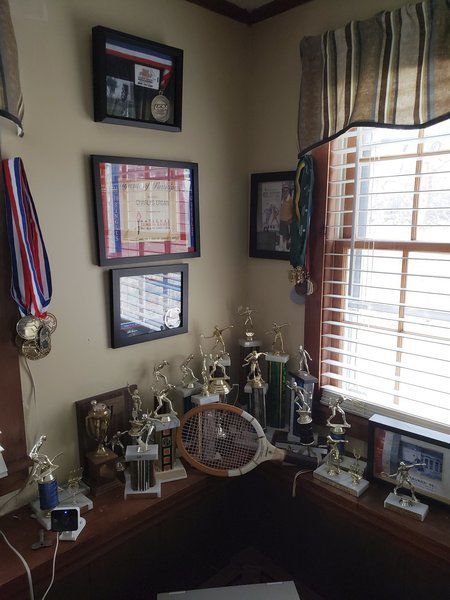 Courtesy photosAndover’s Charlie Erban, 77, has won plenty of racquetball trophies over the past 25 years. He’s been playing for 55 years. 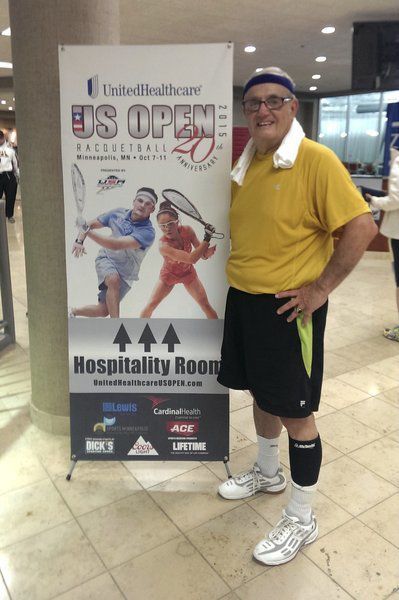 Courtesy photoAmong his proudest moments, Andover’s Charlie Erban finished second in his age group at the U.S. Open in Minneapolis in 2015. 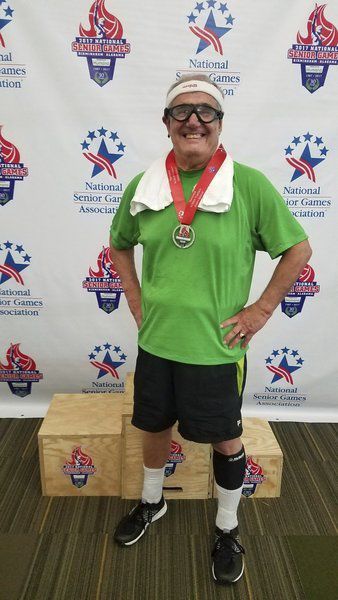 Andover’s Charlie Erban has been playing racquetball for 55 years and has enjoyed it throughout.

Courtesy photosAndover’s Charlie Erban, 77, has won plenty of racquetball trophies over the past 25 years. He’s been playing for 55 years.

Courtesy photoAmong his proudest moments, Andover’s Charlie Erban finished second in his age group at the U.S. Open in Minneapolis in 2015.

Andover’s Charlie Erban has been playing racquetball for 55 years and has enjoyed it throughout.

Once Andover’s Charlie Erban finds something he likes, he’s certainly not one to give it up quickly.

Now 77-years-old, Erban is still all but fully employed as a financial planner, with clients all over the North and South shores, but that’s just the half of it. He’s been playing racquetball and playing it well for an impressive 55 years.

A 1959 graduate of Lawrence High, where he was a three-sport athlete, Erban took up racquetball almost on a whim when his family was living in Fitchburg after he returned from a stint in the service.

“I was at the Fitchburg YMCA and it was just a little activity,” said Erban. “I started banging the ball on the wall and I’ve been doing it ever since.”

And he’s been doing it quite well, particularly as he gets along in age. In fact, this year he’s ranked 44th nationally in his age group of 75-plus and he’s the number-one ranked player in that division in the state

“My goal is to win what I call the triple crown for racquetball — the U.S. Racquetball Association title, the U.S. Open and the National Senior Games,” said Erban, who has been competing in national tournaments for 25-plus years.

To stay on top of his game, Erban trains twice a week at LA Fitness in Walpole, which is close to where his doubles partner lives. It’s a long drive from Andover but, he says, “there aren’t that many players around here to play and there aren’t as many places to play anymore.”

If he had more time, or it was more convenient, Erban would probably play more frequently. But he’s doing just fine with his current schedule and, besides, one of the things he likes most about racquetball is that you benefit from limited time on the court.

“The main feature (of racquetball) that I really like is that it’s a great workout in a short period of time,” he said. “It’s a great cardio workout.”

Moreover, Erban’s strength as a player lies more in strategy than power.

“As you get older, the power game becomes more of a finesse game and it’s always been like that for me,” he said. “I kind of look at racquetball like a game of pool. I use the corners and work the angles.”

Whatever the explanation for his success, Erban considers himself fortunate to have stayed injury-free over the years and, as long as that continues, he’ll still be on the court banging the ball against the wall.

“I take it one year at a time because, at this point, your health is your controller,” he said. “I’ve been really fortunate. I’ve outlasted a lot of guys 10 to 15 years younger who had to stop because of their health.”

Erban is definitely all-in this year. He’s looking ahead to the U.S. Racquetball Association Tournament in Colorado in May, for which he’ll seek to qualify in April, and he’ll definitely play in the National Senior Games in New Mexico later in the year.

And, when push gets to shove, one gets the feeling that he’s looking ahead to the next age group.