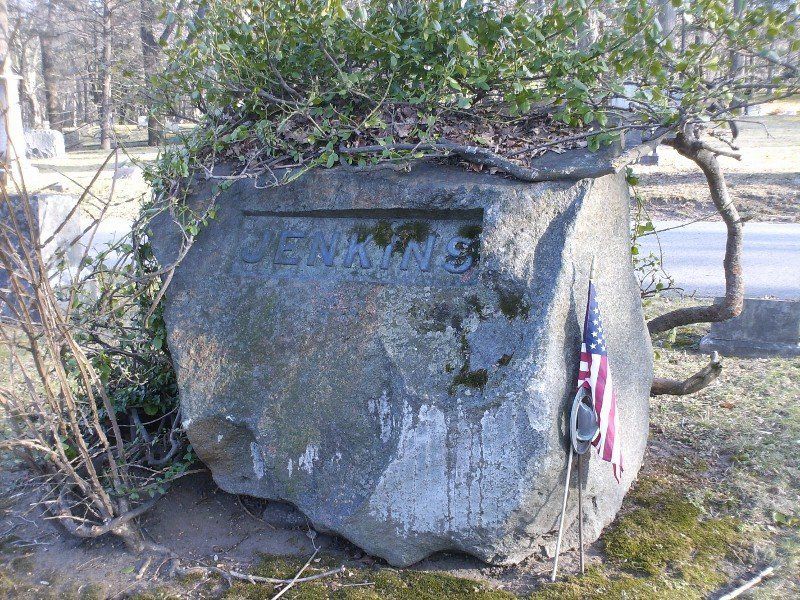 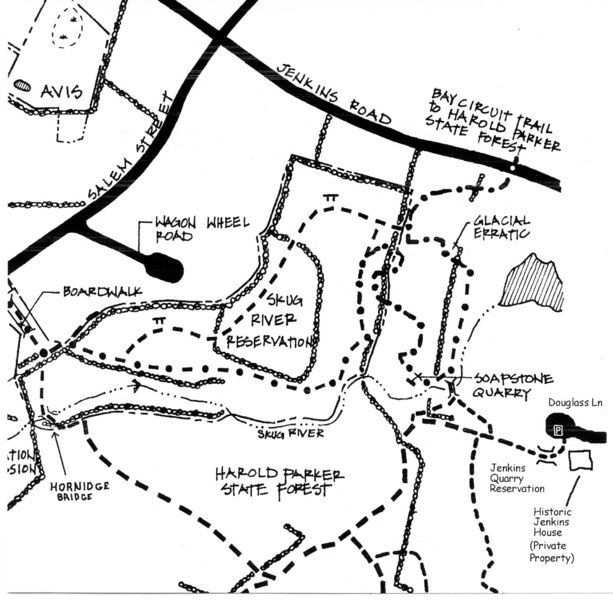 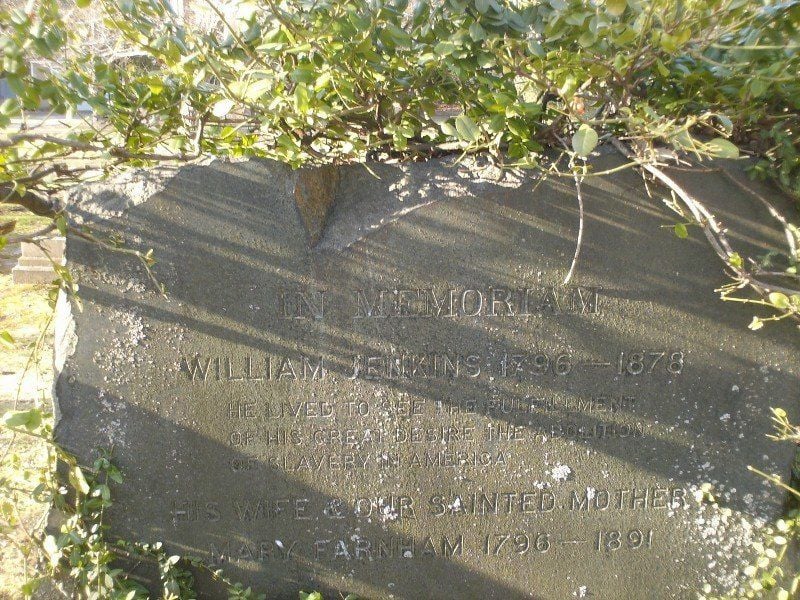 A soapstone monument for William Jenkins in the Spring Grove Cemetery. Jenkins founded and ran a soapstone quarry in town.

A soapstone monument for William Jenkins in the Spring Grove Cemetery. Jenkins founded and ran a soapstone quarry in town.

The William Jenkins’ home, located in Andover at 89 Jenkins Road, is best known as a link on the Underground Railroad. About 100 yards from the home you can visit the Woodbridge-Jenkins family cemetery, today managed by the Trustees of Spring Grove Cemetery.

To support the family’s needs were farm fields where the Skug River was used both for the irrigation of the crops and power for the saw mill. And east of the Skug River still stands a large outcrop of stone, marking the site of the old blue soapstone quarry.

In 1834 a contract was drawn up for Jenkins, as owner of the land, along with Addison Flint, a yeoman, and Mitchell Flanelly, a stone cutter, both from Reading, to quarry and sell the stone. The division of labor and any profits accrued were spelled out specifically in the document, and registered at the Essex County Registry of Deeds.

The stone, in the contract called Blue Free Stone, was referred to at different times as steatite, free stone, and blue soapstone. A geologist was quoted as saying this material was “quite different from ordinary soapstones and certainly a peculiar one.”

The three business partners agreed to “get out and work and sell for the best advantages any stone found in Jenkins’ mill yard,” containing about four acres. Water power was available if needed. Costs for such operations were shared jointly. Jenkins received 10 percent of the profit up front, with remaining profits to be divided three ways.

With business completed, men and horses were brought in from Philadelphia. Stone was quarried here for buildings on Summer Street in Boston and for monuments at Mt. Auburn Cemetery in Cambridge.

An 1841 report by state geologist Edward Hitchcock spelled out the advantages of this particular stone:

“This is the softest of all the rocks employed in architecture, this property rendering it easy to be sawed or cut without injuring an edge tool.”

The soapstone was thus worked with a star drill, hammers and wedges. The star drill would make holes in a line; wedges were inserted to split the stone.

Also noted from people acquainted with the rock was the “striking characteristic” of its "greasy or soapy feel.”

After cutting, the stone was then polished into a certain shape depending on its intended use. Examples of these cuts can still be seen at the quarry site.

The Blue Soapstone from the Jenkins land could also be seen in Andover. Uses include monuments at West Parish Cemetery and a wall at a home on Salem Street.

Bessie Goldsmith, in her book “The Townswoman’s Andover,” noted other local examples:

A shallow, round soapstone basin used to catch eave drippings.

Andover resident Miss Butterfield’s small trough used as a bird bath, once filled with milk for calves in her mother’s day.

Miss Alice Jenkins’ piece the size of a book that was warmed and carried to church in her muff during the winter.

Other folks were said to have gathered small pieces of the soapstone and used it as a bedwarmer.

By all accounts the business, though expensive to run, was profitable until that fateful day sometime in the 1840s when the company treasurer, a man from Boston, absconded with the money and was never heard from again. Without money to carry on operations, the work was abandoned and never resumed.

The last known bit of Andover’s blue soapstone to be cut created the grave marker of William Jenkins himself. It is worth the trip to Spring Grove Cemetery to see the monument both for its stone and for its notable inscription on the back:

“William Jenkins. He lived to see the fulfillment of his great desire, the abolition of slavery in America.”