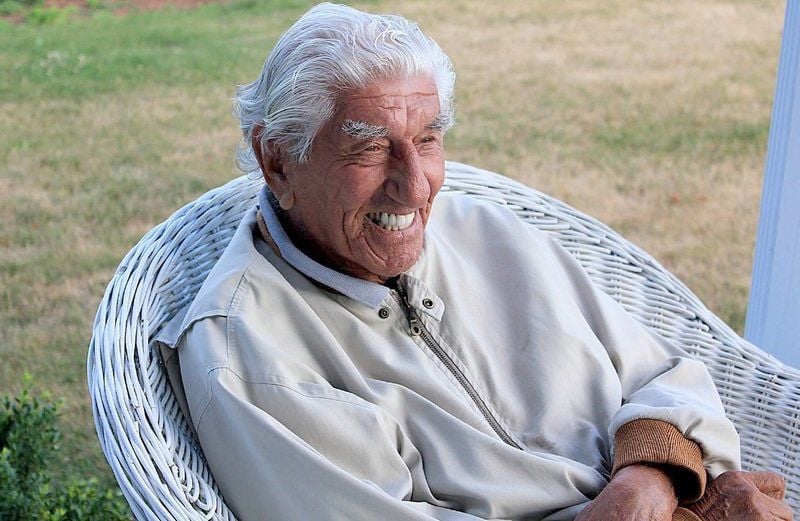 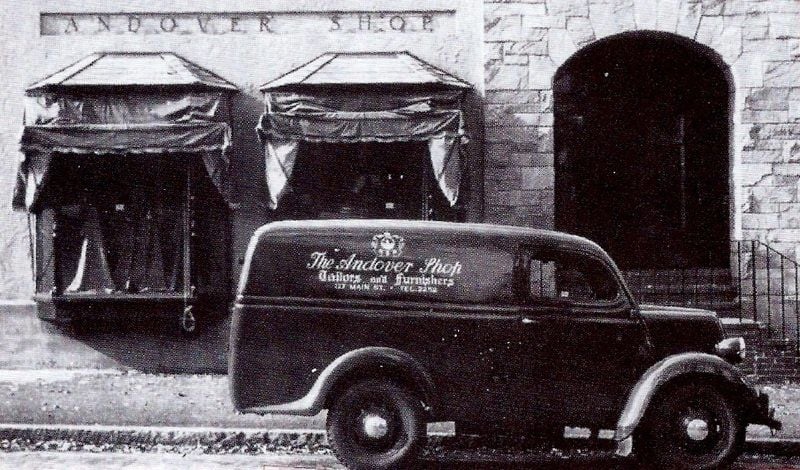 Courtesy photoThe Andover Shop back in the day. 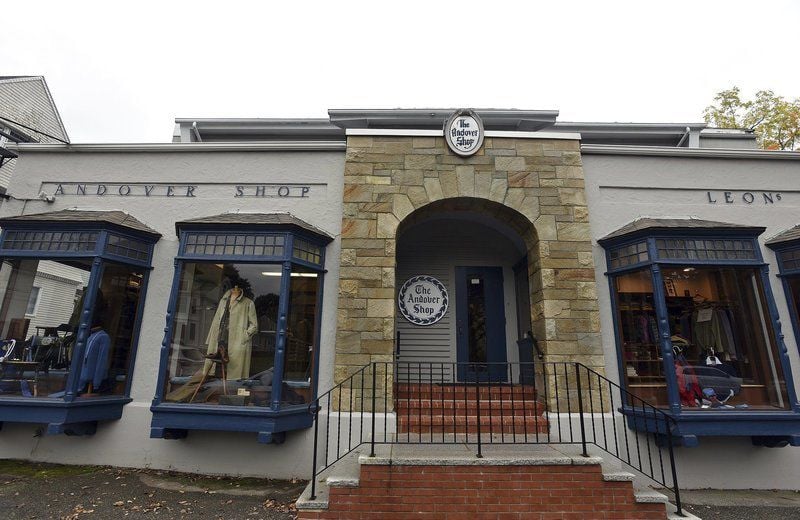 Courtesy photoThe Andover Shop back in the day.

Famed Boston author Robert Parker who wrote the "Spenser" series would show off the inside of his tweed suit coat with The Andover Shop label when he visited Andover. And, the Bush boys - the father and son who would eventually become U.S. Presidents - were customers, too. In fact, George Walker Bush had the nickname "Tweeds" in his 1964 yearbook from Phillips Academy and many believe that is because of his favorite suit coats from The Andover Shop.

A fixture at this location since 1948, The Andover Shop caters only to male clientele and the Phillips Academy crowd suits the customer list like one of its fine tweed suit coats - perfectly.

"Let's just say there are no Levi's sold at the Shop. It's always been a men's clothing store for Phillips Academy students and their parents. Jack Lemon worked there, two presidents shopped there. It was a specialized store," said Nina Marson Roche of Naples, Fla., whose father, Virgil Marson, owned and operated The Andover Shop for nearly 70 years. He died in Naples Oct. 2, just six days shy of his 95th birthday. He once lived on Argilla Road in Andover, moved to North Hampton, N.H., about eight years ago and most recently moved to Naples.

Known for his impeccable taste in unusual tweeds, he began his annual pilgrimages to the United Kingdom in the late 1960s to work with weavers in Ireland and Scotland’s Shetland Islands to produce tweeds of his own design. He has dressed presidents, sons of presidents, members of the Supreme Court and high-profile celebrities as great men depended on his eye for fashion, according to his obituary. He was known as “The Prince of Tweeds.”

Marson was also known to keep his big-shot customer list close to his chest as he absolutely protected his customers' privacy.

Andover preservation records say The Andover Shop "is a descendant of Langrock’s Andover Shop, a men’s clothier once housed at 10 Main St.," and Marson stuck to the store's history, guiding his tweeds passion to be very successful.

He eventually opened another Andover Shop near Harvard University in Cambridge. That store grew to be a Harvard Square staple selling menswear and formal attire.

The Harvard Crimson newspaper reported last April that the Cambridge store is up for sale after 65 years on Holyoke Street and the Andover store is also for sale. The Cambridge store manager Lawrence D. Mahoney said they are working to attract a buyer who will keep both stores open and maintain the Andover Shop brand and tradition.

Before his retail success with The Andover Shop, Marson's achievements were already extremely successful. His obituary says he was born in Whitinsville, Massachusetts and that his parents were Armenian immigrants. At the age of 19 he enlisted in the U.S. Army. Appointed First Lieutenant and Navigator of the 449th Bomb Group, he was shot down during a mission to bomb the Ploesti Oil Fields. Forced to parachute into enemy territory, he became a prisoner of war for the next year and later received the Purple Heart.

After the war, Marson went to Brown University on a full scholarship where he was captain of the football team. He graduated in 1948 and that same year co-founded The Andover Shop.

He is survived by his daughter, Nina Marson Roche and son-in-law, John Roche; son, David Marson; grandson, Maxwell Marson; and sisters, Keene Ovian and Anita Parker as well as his close friend and companion, Sheila Mahoney. He was predeceased by his beloved wife, Dorothy, and his sister, Alice Toomey.

The Memorial Service will be at The Andover Country Club on Sunday, Nov. 11 at 3 p.m.