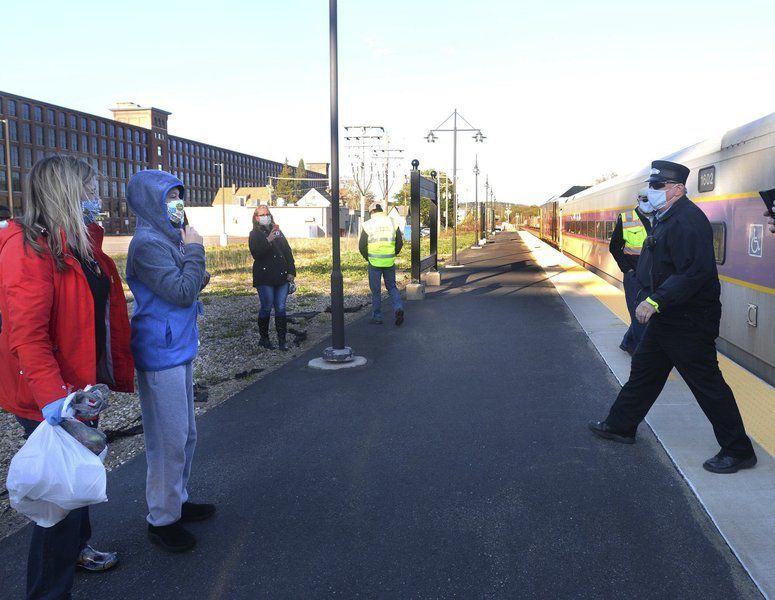 CARL RUSSO/Staff photoConductor Rodger Shepherd walks over to wish Brandon Berrios of Andover a happy birthday, as his mom, Karen, stands with him. 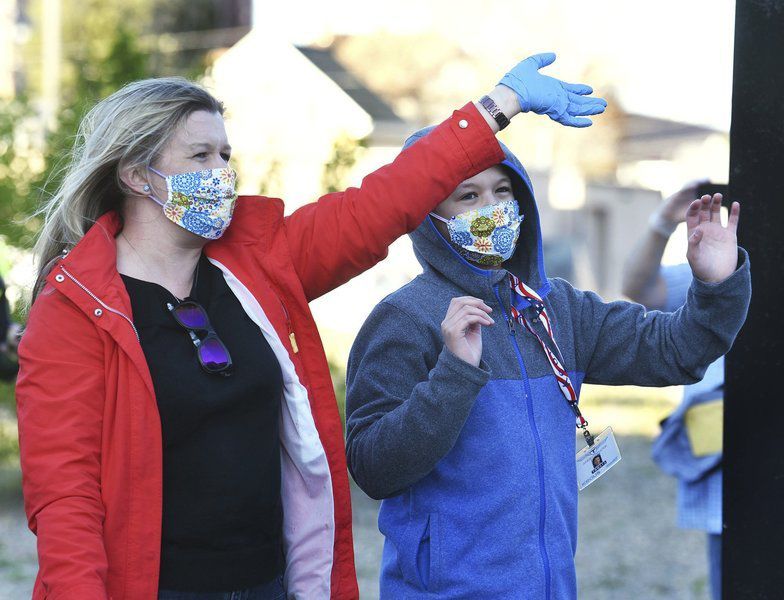 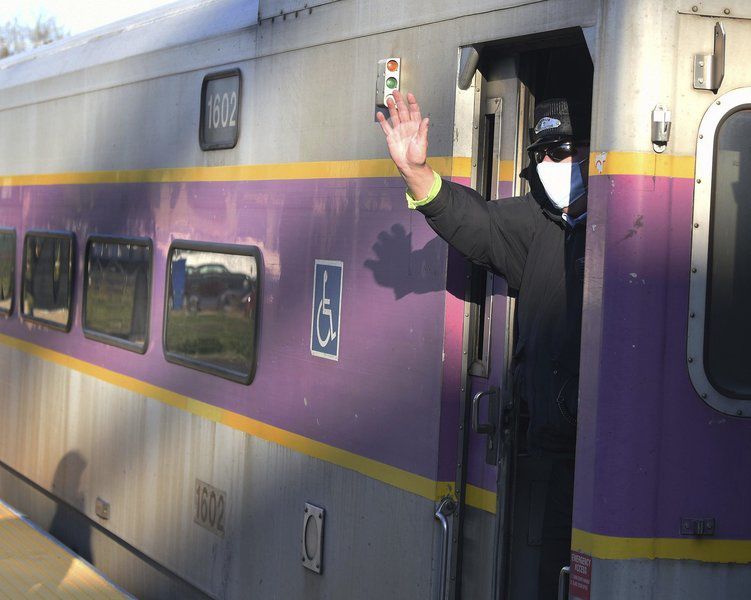 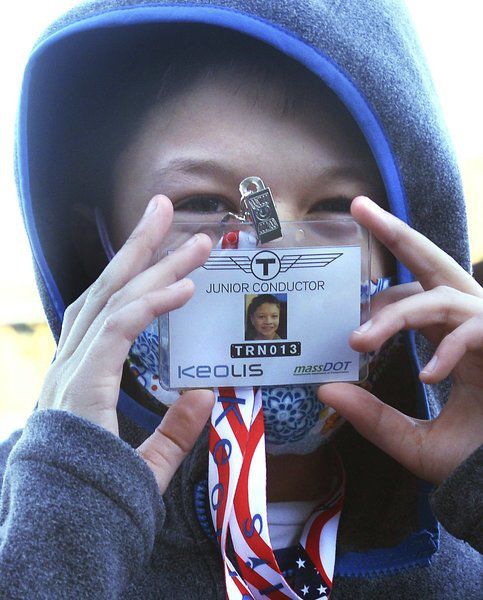 CARL RUSSO/Staff photoBrandon Berrios of Andover was given an official Keolis MBTA photo badge to celebrate his 13th birthday. 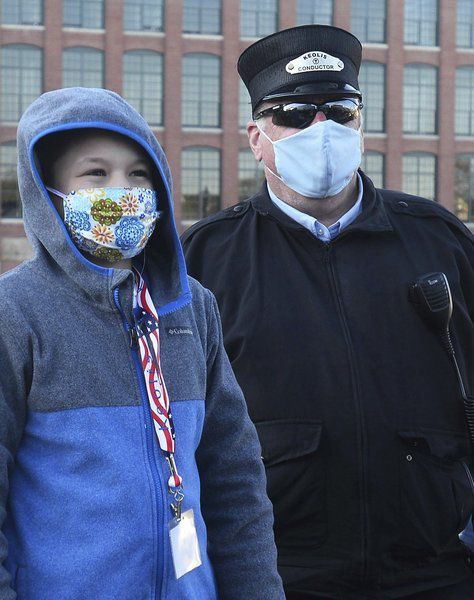 CARL RUSSO/Staff photoConductor Rodger Shepherd walks over to wish Brandon Berrios of Andover a happy birthday, as his mom, Karen, stands with him.

CARL RUSSO/Staff photoBrandon Berrios of Andover was given an official Keolis MBTA photo badge to celebrate his 13th birthday.

They have fascinated him "since he was a baby," said his mother, Karen Berrios.

When Brandon's 13th birthday was approaching, his mom knew she could not have a conventional party because of the coronavirus crisis restrictions on social gatherings.

So she reached out to Keolis Commuter Services, which manages passenger trains for the MBTA. Kristin Selian from the agency's customer service center arranged for Brandon, who has autism, to have a train party at the Lawrence station late Wednesday afternoon.

At least 30 of Brandon's relatives, teachers and classmates went to the station on Merrimack Street, many carrying "Happy Birthday, Brandon" signs, and awaited the arrival of train 1207 bound for Haverhill. They were advised to show up by 5:45 p.m.

Standing on the platform and complying with social distancing rules, Brandon and his group kept their eyes on the track, trying to catch the first glimpse of the train.

Karen Berrios kept the guests up to date on the train's progress.

"It will be here in seven minutes," she announced at one point.

The train arrived at 6:17 p.m., sounding its horn. Brandon and his companions were thrilled. The train stopped long enough to let several passengers disembark, then continued on to Haverhill.

After the train departed, the crowd sang happy birthday for the guest of honor. Selian gave junior conductor badges to Brandon and his friends.

"Thank you, everybody," the birthday boy said several times.

Asked why he loves trains so much, Brandon said, "Because they run on rails." He enjoys riding the commuter train and has a particular fondness for the stop in Bradford, according to his mother.

Brandon has train t-shirts and blankets, and maps of MBTA routes. He has taken the train many times.

The longest train trip Brandon ever took was to visit his grandmother in Mississippi eight years ago. He enjoys the Greenburg train show, usually held at the Shriners Auditorium in Wilmington.

Not surprisingly, he has two model train sets at home. Both were made by his uncle Jim Apitz, who said he created the sets "from scratch."

Brandon, clad in a shirt with a large T on its front, offered enthusiastic greetings to the guests at his train party.

"He provides a shot of positive energy for everybody he meets," said Ohlen Busch, who is one of his teachers.

He comes to school with "a big smile as soon as he steps off the bus and it's pretty much there all day," said another teacher, Barbara Bessette. "He is very well known and loved."

Selian said Keolis has arranged train parties for other children.