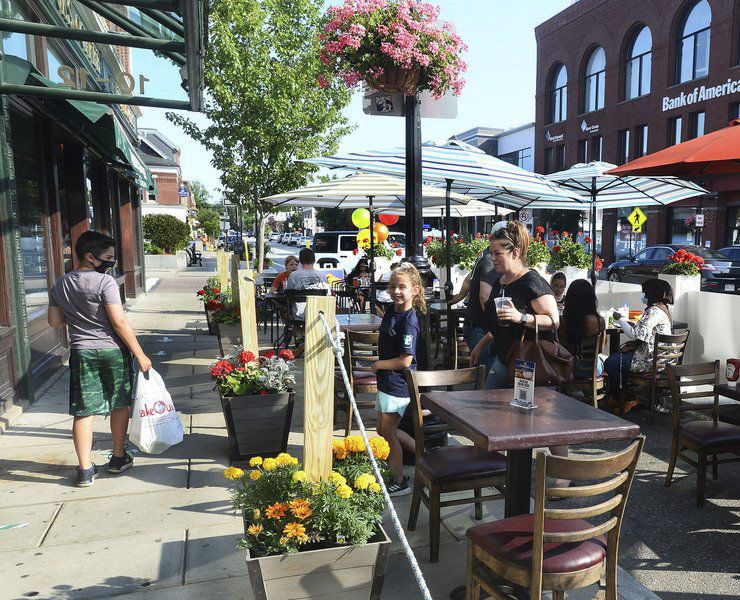 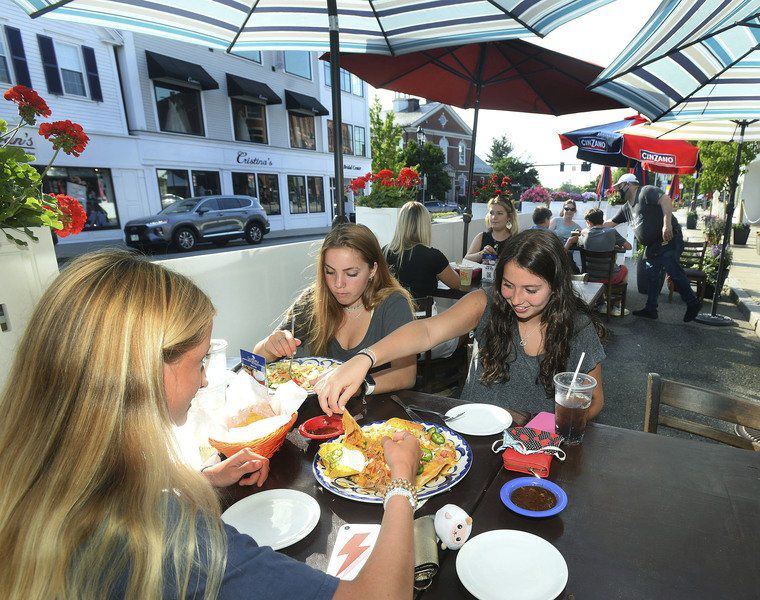 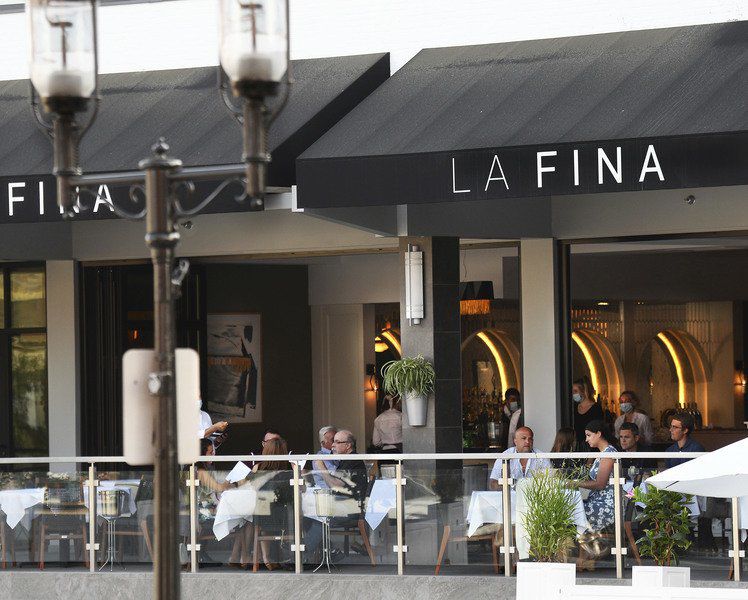 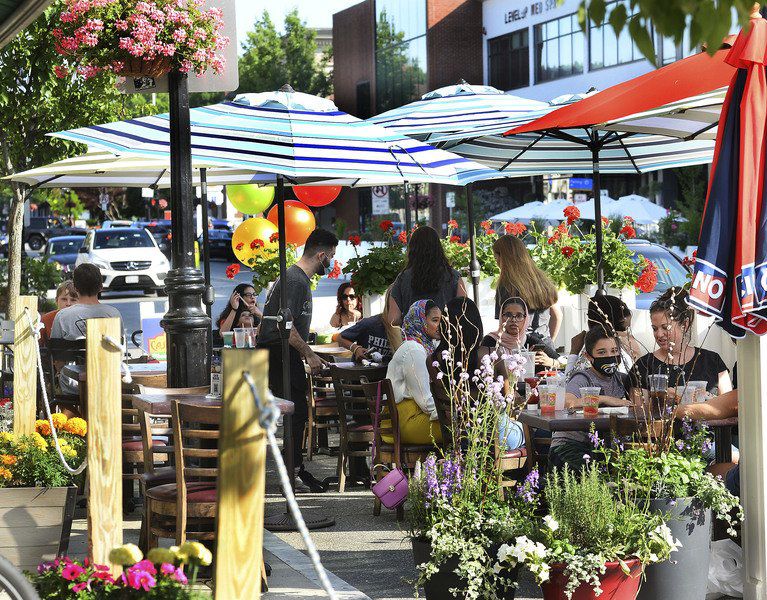 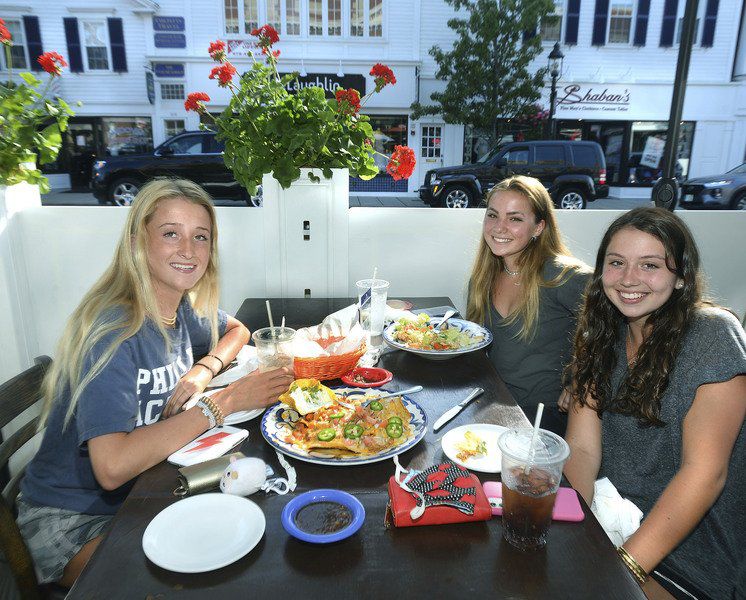 Restaurant owners in Andover who are offering outdoor dining say it's the best thing that ever could have happened in this time of crisis created by the COVID-19 economic shutdown.

"Now we can breath again," said Daniel Vargas, owner of Casa Blanca, 10 Main St. "We were really worried about the business. Now we can think about the future."

When Gov. Charlie Baker announced that restaurants could offer outdoor seating by mid-June with appropriate health precautions, town officials promptly set up guidelines and grant funding that has allowed 22 restaurants to open outdoor seating and regain some of the revenue lost by two-month closure.

About $200,000 has been allocated businesses so far, according to Town Planner Paul Materazzo, with the money coming from the Columbia Gas settlement. He said the money has been used by a variety of businesses, such as a hair salon that needed a new ventilation system. Restaurants will be using the money to pay for partitions and personal protective equipment, among other uses.

So far, according to Ann Ormond, the town director of Arts, Culture and Business, 40 businesses have applied for the grant funding.

The brisk pace with which the town moved to implement the governor's guidelines has been a boon to business.

Since last week, Vargas has been able to serve up to 20 people during the day, and 25 at night. He uses four or five parking spaces on the street in front of his business, which is on the second floor of the building. The sidewalk remains open for pedestrians.

Partitions built by Landmark Finish, an Andover company, along with lights, umbrellas and flowers all create a cozy ambiance that diners seem to love.

"I'd say 90 percent of customers say they say want it like this every summer," Vargas said. "That's what this town needs. Bring more people here for the summer. Stay local and dine out."

One customer, on his way to dine at Gati Thai Bistro at 12 Post Office Square, agreed.

"This is another step to bring Andover into the 21st century," said Jim Curtis, CEO of Cooperstown Environmental, located right around the corner at 23 Main St. "Whoever did this should get kudos."

Ormond and Materazzo implemented the outdoor dining program after it was given the OK by the Select Board and Town Manager Andrew Flanagan.

"I applaud the Select Board and town manager for having the vision and wherewithal to get this done," Ormond said.

Materazzo said members of the Select Board and Flanagan recognized the need to get these businesses open as soon as possible.

"They quickly realized it was important to support downtown merchants," he said. "They made this a priority."

Vargas, along with most others, had been closed for eight to10 weeks. Some have offered take-out service, but that hasn't been enough to defray the massive loss of business.

Also like others, Vargas used the federal Paycheck Protection Program, or PPP, to stay afloat during the closure.

But even with that program, things were beginning to look grim for restaurant owners until Baker and the town threw them a lifeline with outdoor dining just over two weeks ago.

"I have more seating than I've ever had," said Roseann Williams, who owns Elm Square Oyster with her husband, Eric.

Williams has worked collaboratively with two other businesses in Post Office Square — Yella Grille and Gati Thai Restaurant — to set up an enormous tent that houses outdoor dining for all three restaurants.

Elm Square Oyster has its regular patio dining with five tables, but has added 11 more tables under the tent in the street. Starting this week, she said, they will have a number of tables inside as well, about 50 percent of normal capacity.

"This has been a lot better than I thought it would be," she said, adding that working with Ormond has been "great."

Sal Lupoli, owner of Salvatore's on Park Street, said he put up a tent as soon as he heard whispers of possible outdoor dining.

As soon as it was OK'd by the town, he said, he was ready to go.

"This literally saved jobs," Lupoli said. "We were at the tipping point where we couldn't keep people on. As a result of the town stepping up, people have had an income for several weeks. ... Outdoor dining has been a big deal in Andover."